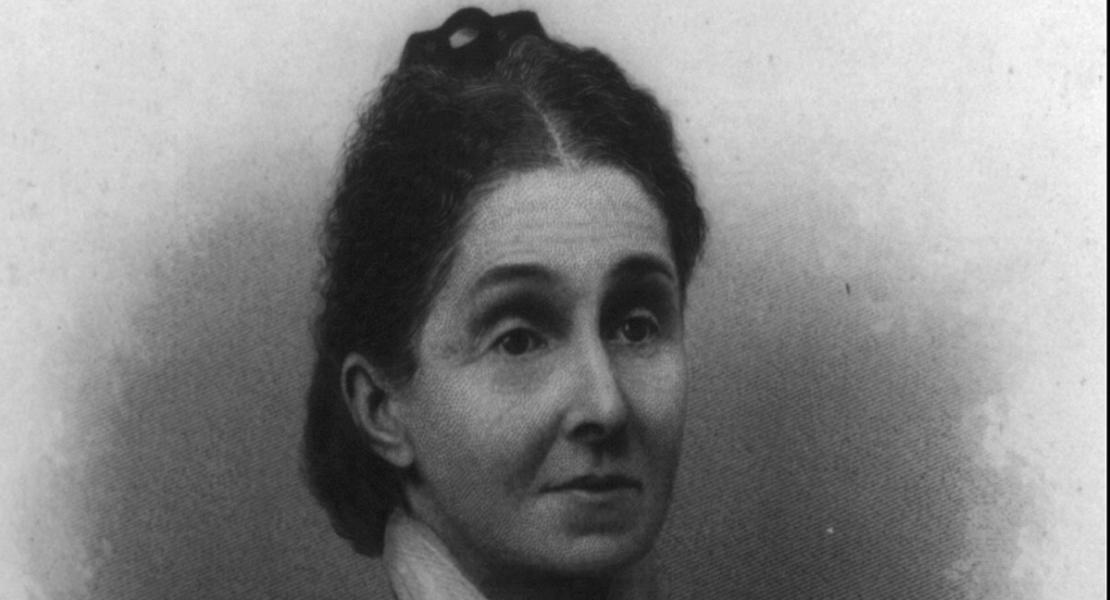 Virginia Louisa Minor was born on March 27, 1824, in Caroline County, Virginia, the second of seven children of Warner and Maria Timberlake Minor. She was descended from a long line of distinguished Virginia planters. On August 31, 1843, she married Francis Minor of Orange, Virginia, who was a distant cousin, a graduate of Princeton and the University of Virginia Law School, and a practicing attorney. In 1845 they moved to St. Louis, where they continued to live for the remainder of their lives. They had one child, Francis Gilmer, who was born in 1852 and died in 1866 in a shooting accident.

The Minors were avid supporters of the Union during the Civil War, despite their southern planter­class background. Virginia Minor participated in the Ladies’ Union Aid Society, first founded in 1861 to assist wounded soldiers and their families, but eventually expanded to become the principal auxiliary of the Western Sanitary Commission. At the close of the war, Minor and other women who had labored in support of the cause turned their energies toward securing rights for women. They assumed that their public demonstration of citizenship during the war, along with Republican Party support for the expansion of citizenship to the freed people in the war’s aftermath, would facilitate the acquisition of similar rights for women.

Both Minor and her husband worked actively for the suffrage cause in Missouri for the remainder of their lives. Virginia Minor is credited with being the first person to take a public stand for woman suffrage in the state, when in 1867 she circulated a petition to the state legislature asking that a proposed amendment to the state constitution permitting African American men to vote be extended to include women. This petition was overwhelmingly rejected by the state legislature, and Minor and her husband turned their energies toward the courts.

In 1872 Minor attempted to register to vote, and when denied this right she and her husband filed a test case against the St. Louis registrar who had rejected her. According to the Minors, women already had the right to vote as citizens under the Constitution, a right that the recent passage of the Fourteenth Amendment and the enfranchisement of the freedmen served only to reinforce. After losing their case in the lower courts, the Minors appealed to the Supreme Court of the United States. In 1874 the court ruled unanimously in Minor v. Happersett to uphold the lower courts, stating that citizenship for women did not necessarily include suffrage, and that the right to regulate woman suffrage resided properly with the states and not with the federal government.

In 1879 Minor once again became president of a suffrage organization when a St. Louis branch of the National Woman Suffrage Association was formed. When the two associations finally reunited in 1890, Minor was once again elected as president of the organization. She held this position until 1892, when she was forced to retire because of ill health. She died two years later, on August 14, 1894, and was buried at Bellefontaine Cemetery in St. Louis.

LeeAnn Whites is professor emerita in history at the University of Missouri in Columbia.

Whites, LeeAnn. “The Tale of Two Minors: Women’s Rights on the Border.” In Women in Missouri History: In Search of Power and Influence, edited by LeeAnn Whites, Mary C. Neth, and Gary R. Kremer, 101–18. Columbia: University of Missouri Press, 2004.