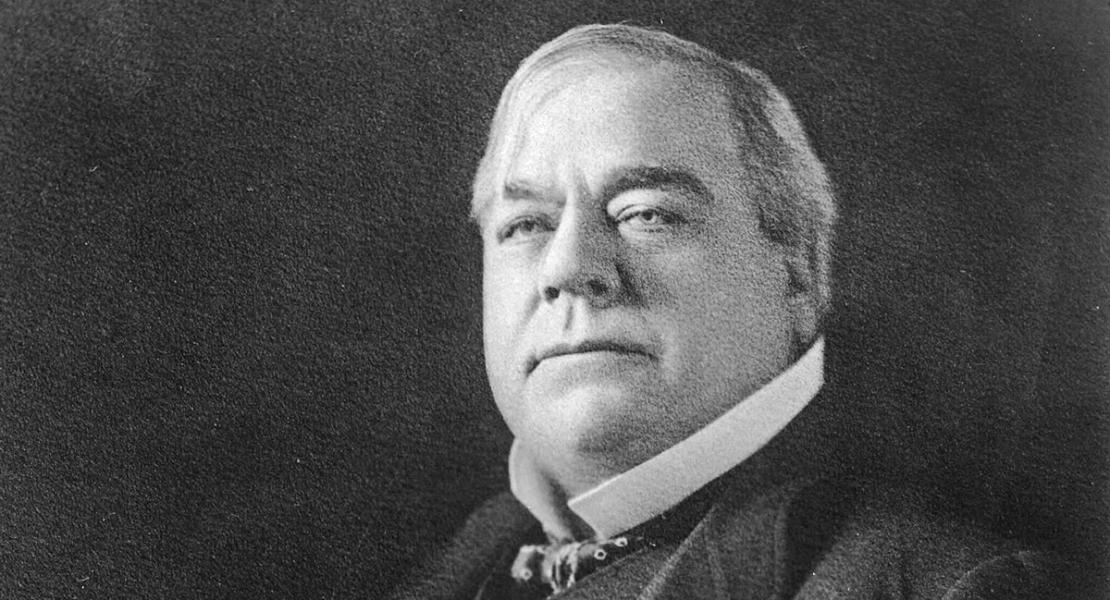 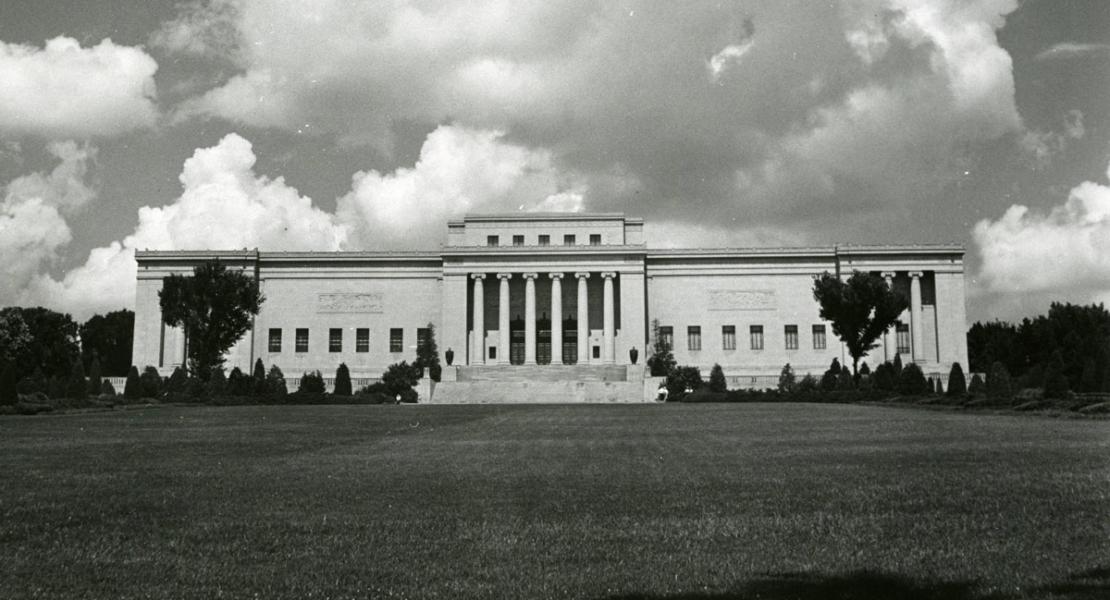 Explosive and impatient, William Rockhill Nelson, the second son of five children, named after his maternal grandfather, had thin hair, a rotund build, and an odd gait. An intelligent child, he learned to read by age five. Nelson had a quick mind, but society’s strict rules of behavior conflicted with his freedom-loving spirit. Even as a child, he yearned to be unrestricted so that he could behave as he pleased.

In later life, Nelson remarked, “I always resented parental restraint—not for lack of affection for my father, but because I never enjoyed being bossed.” Discipline annoyed him. He never missed an opportunity to participate in a rebellion, and he considered himself a law unto himself: “It was my disposition to think that no one had any rights over me.” These tendencies culminated in his lifelong tendency to oppose the status quo and to champion reform activities.

Nelson obtained his early education in Fort Wayne’s public schools. He remarked, “I recall that my chief end in life before I was sent to Notre Dame was to break up whatever school I was attending.” To instill discipline and to curb his rebellious nature, his father sent him to Notre Dame College because “it was the Botany Bay of Indiana where all bad boys were sent.” Nelson persisted in his insurgent nature at Notre Dame. After one year, college authorities expelled him. Only eighteen years old, he next began to study law as a deputy to the Allen County Circuit Court clerk and was admitted to the bar before he reached the statutory age of twenty-one.

Although a resident of the northern state of Indiana, Nelson expressed compassion toward the South and was a Democrat when the Civil War broke out. When President Abraham Lincoln called for volunteers, Nelson’s father, an actual Democrat who did not find slavery offensive, but was not a secessionist, did not encourage his son to respond. Nelson and his father opposed Lincoln’s election in both 1860 and 1864. The Nelsons were instrumental in Allen County’s support of Stephen Douglas in 1860 and George McClellan in 1864.

In 1876, Nelson immersed himself in the Democratic presidential campaign of New York governor Samuel Tilden. Recognizing Tilden as a reformer who viewed politics as a means to achieve the common good, Nelson became Tilden’s Indiana campaign manager. The American judicial system profoundly shocked Nelson when Rutherford B. Hayes became president following the disputed 1876 election. Further disillusionment plagued him when the Democratic Party failed to renominate Tilden in 1880. After these political rebuffs, Nelson renounced the Democratic Party and became a mugwump.

On April 16, 1879, Nelson and Samuel Morss purchased the Fort Wayne Sentinel. They promptly established a journalistic policy of crusading for community improvements. Nelson based his reforms and reformist ideology “on the theory that he knew what people should have and was determined to provide it to readers as he thought they should have it.” Fort Wayne citizens failed to respond to their reporting, so the owners considered Brooklyn, Seattle, and Kansas City as more promising locations for establishing an independent, progressive newspaper. In 1880 they selected Kansas City.

Nelson and Morss established the Kansas City Star as an evangelical newspaper, and no person was exempt from their crusading: Jay Gould and his national telegraph syndicate; Kersey Coates and the Coates Opera House; and the proposed selection of Frank James as chief doorkeeper of the Missouri legislature all received attention.

Following an individualistic style of journalism, Nelson revolted against the oppressive business practices of the period. As a publisher, he publicly supported what he often referred to as the middle class, owners of small businesses and property, supporters of families, and promoters of their communities, although not similar endeavors related to African Americans. Although he adhered to the eight-­hour day and higher wages for labor, he conceived of countless reasons for not advancing wages in his plants. A developer of real estate, he built a relationship with J. C. Nichols and supported Nichols's approach to city planning. Like Nichols, Nelson imposed racially restrictive covenants to ensure segregated housing; he also at no time granted leases on his one hundred houses because he desired the privilege to evict any tenant who incurred his disapproval.

In his promotion and support of political candidates, Nelson advocated that the middle class take political action against urban political machines. His uncompromising attitude ill-fitted him for the role of a stump speaker. He preferred to persuade through his newspapers, away from the public eye. Nelson was too autocratic to be an actual liberal. A nonpartisan, he promoted some Republican causes, advocated Democratic liberalism mixed with capitalistic philosophy, and supported Bull Moose Progressivism at various times.

Upon President William McKinley's assassination in 1901, Nelson sent a telegram to Theodore Roosevelt expressing his and the Kansas City Star’s wholehearted support. Nelson's telegram established a relationship that existed over the next fourteen years. Writing to Roosevelt in 1910, he stated, “I have wondered whether sooner or later there would not have to be a new party of the Square Deal.” Two years later, Roosevelt organized the Progressive Party.

By late July 1912, Nelson had succeeded in creating Progressive Party organizations in almost all of Missouri’s counties. His role in the Progressive movement is significant for two reasons. First, he made a national statement when he resigned from his post as a Republican national committeeman. Second, he ardently devoted himself to direct participation in politics. Nelson embraced the Progressive movement's triad philosophy: to drive money out of the voting booth and out of the courthouse, provide free justice, and provide minimum-wage standards.

Nelson’s reforming zeal ranged from support for the municipal proprietorship of public utilities to running water in farm women’s kitchens and to establishing parks and boulevards as enrichments of the urban environment. The park movement in Kansas City gathered impetus through the 1880s and 1890s. Although not the City Beautiful Movement architect, Nelson served as its foremost proponent and as a pivotal contributor. He had a habit of placing exotic squirrels in the parks. To acquire assistance for the park movement, he organized the Hammer and Padlock Club.

On April 13, 1915, William Rockhill Nelson died at his residence, Oak Hall, in Kansas City, Missouri. He is buried at Mount Washington Cemetery in Independence, Missouri. His estate helped fund the famous Nelson-Atkins Museum of Art in Kansas City.

Timothy C. Westcott is an associate professor of history at Park University.

Kansas City Star. William Rockhill Nelson: The Story of a Man, a Newspaper, and a City. Cambridge, MA: Riverside Press, 1915.