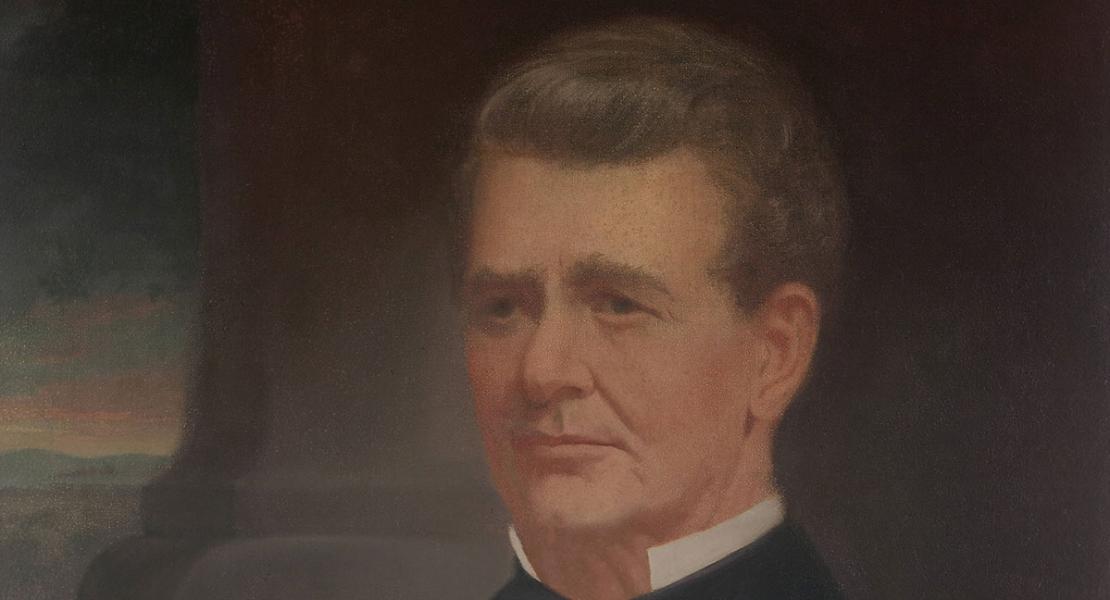 Thomas Lawson Price was born on January 19, 1809, near Danville, Virginia. Although he was the son of a wealthy plantation owner, he received only a rudimentary education. At the age of twenty he inherited many slaves and a large estate, much of which he sold. In 1830 he was married to Lydia Bolton and moved to Missouri the following year. Traveling with Price and his wife were several relatives and slaves. He had intended to settle in St. Louis, but he changed his plans to avoid the Asiatic cholera epidemic plaguing that city. This circumstance prompted him to continue his migration up the Missouri River to Jefferson City, where he lived the remainder of his life.

Wisely investing capital from the sale of his Virginia lands, Price purchased both the City and the Central Hotels. In 1838 he received the mail contract to St. Louis, founding a stage line between there and Jefferson City. Later, he promoted stage lines to other parts of the state. While much engaged in his business ventures, Price, a member of the Democratic Party, ran for state treasurer in 1838. Although defeated, he was not deterred from running for mayor in Jefferson City. In this effort he was successful and became Jefferson City’s first mayor, a position that he held from 1839 to 1842.

In 1847 Price was commissioned major general of the Sixth Division of the Missouri militia. In 1849 he was elected lieutenant governor, serving during the administration of Austin A. King. Price was an enthusiastic supporter of Thomas Hart Benton, who was then unpopular with many Missouri Democrats for his opposition to the spread of slavery to the western territories. One of Price’s duties as lieutenant governor was to preside over the state senate. In this position he exerted his influence in favor of Benton’s stand against the Jackson Resolutions, named after their chief proponent, Claiborne Fox Jackson. These measures proclaimed Missouri’s support of the South in its determination to maintain slavery and its right to extend the institution into the federal territories. Benton feared that this policy would ultimately lead to Southern secession.

In 1851 Price presided over a joint session of the General Assembly when Benton ran for reelection to the US Senate. With the Democratic Party split into pro-Benton and anti-Benton camps, Henry S. Geyer, a Whig, was elected after forty ballots. During this volatile election, Price impartially maintained order, though he was deeply disappointed by the legislature’s decision.

Before the Civil War, Price expanded his business activities into manufacturing and mercantile pursuits. In addition, he was one of the incorporators of the Capital City Bank and president of the Jefferson Land Company. While serving as lieutenant governor he supported state aid for the building of railroads. He also participated as a large contractor on the Missouri and Kansas Pacific Railroads. As one of the fund commissioners of the Missouri Pacific, he participated in the extension of the railroad from Denver to Cheyenne.

In 1861 Price was appointed brigadier general of volunteers and placed in command of Jefferson City, serving in that capacity until 1862. He resigned that position after his election to the US Congress, filling the seat left vacant by John W. Reid’s expulsion from the House of Representatives.

Price ran for governor in 1864 largely to protest the usurpation of citizens’ civil and political rights by the military authorities. One such measure, the voter registration law, disfranchised much of the public, especially Democrats, and prevented his election. In 1868 Price was elected as a delegate to the Democratic National Convention supporting New York’s governor, Horatio Seymour, and served as one of the convention’s vice presidents.

Until his death on July 15, 1870, in Jefferson City, Price continued to manage his many business ventures, leaving behind a large estate to his second wife, Caroline V. Long, whom he had married in 1854 after the death of his first wife in 1849.