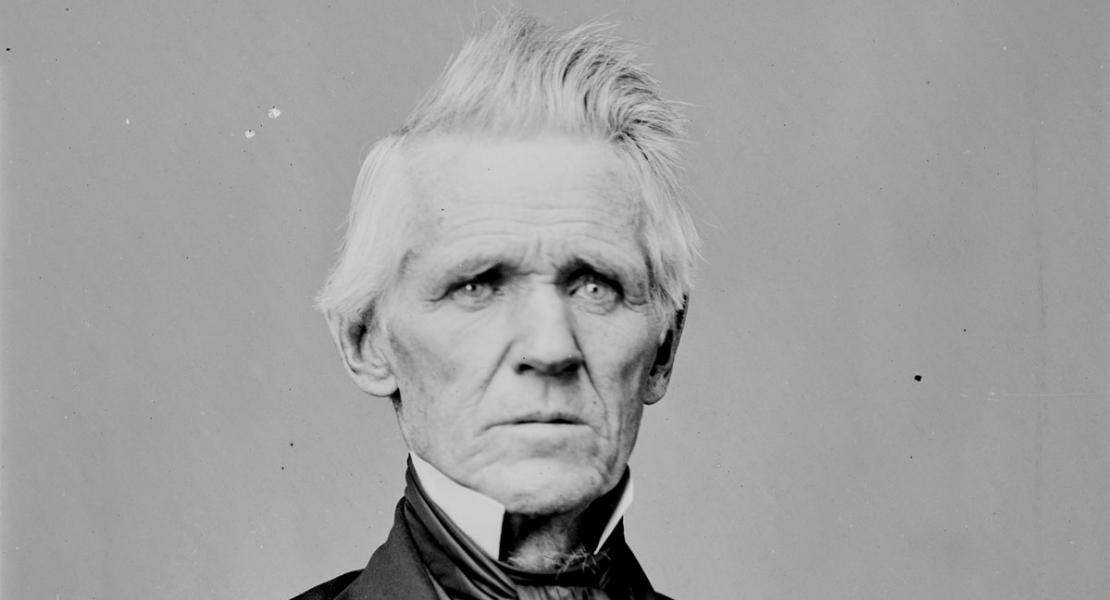 Born in Sullivan County, Tennessee, on September 21, 1802, Austin A. King was educated in the local common schools and read “in a country law office.” Admitted to the bar in 1822, he practiced law in Tennessee until 1830, when he moved to Columbia, Missouri, formed a partnership with John B. Gordon, and became involved in Democratic politics. His legal and political career was long and distinguished, as he served two terms as Boone County’s representative to the General Assembly (1834 and 1836), became the first circuit judge in Caldwell County beginning in 1837, was elected governor from 1848 to 1853, and served as a US congressman from 1863 to 1865.

During his first years in Missouri, King “rode the circuit,” representing clients before judge David Todd’s court. In 1832 King served as colonel of the First Regiment, Third Division, of the Missouri militia during the Black Hawk War in Illinois, where he met a young captain of the Illinois militia named Abraham Lincoln. After returning to Missouri, King served as judge advocate in the court-martial proceedings against General Benjamin Means, commander of the Seventh Brigade, Seventh Division, of the militia. Means was indicted for disobedience of orders and mutiny, and was found not guilty on December 19.

From his early years in Missouri, King exhibited a deep interest in the promotion of education. He supported the establishment of Columbia College, the Columbia Female Academy (later renamed Stephens College), and Richmond College. He also served as a school board member of Ray County, and on November 25, 1836, he introduced resolutions in the General Assembly to establish a “seminary of learning” to instruct teachers of common schools. While governor he unsuccessfully sought to found a department of education headed by a state superintendent of schools and advocated “the permanent endowment of the state university.”

In 1838 armed bands of Missourians and Mormons clashed in the northwestern part of the state. Governor Lilburn W. Boggs sent the state militia under the command of Major General Samuel Lucas, who surrounded the Mormon forces at Far West, Missouri, in Caldwell County, forcing them to surrender. More than fifty men were charged with several crimes, including treason and murder, and were brought before Judge King in Richmond, Missouri. Ten of the prisoners were held over for trial and the rest were given their unconditional release or made to post bond.

During his years as a circuit judge, King remained active in Democratic politics, supporting Martin Van Buren for president in 1840. During the 1844 gubernatorial convention, he lost the nomination to John Cummins Edwards. In 1848, however, King received the gubernatorial nomination, in large part because he had avoided the factionalism of the 1844 state convention. His candidacy brought together the different factions of the Democratic Party, enabling him to defeat the Whig candidate, James Sidney Rollins.

During the 1848 campaign Rollins accused the Democrats of moving too slowly “to aid private internal improvement companies.” King responded that the Democratic Party had correctly avoided a large public debt that might have harmed the state’s credit. Nevertheless, during the 1848–1849 legislative session 142 companies were chartered, while only 32 companies had received charters in the previous session. In 1850 King recommended that state credit be used to help finance railroad construction. A total of $3.5 million in state bonds was issued to two railroads that year. Working with the legislature, he also advocated or acquiesced in the promotion of road-building projects, commerce, factories, swampland drainage, and a geological survey of the southeastern and southwestern portions of the state. Additionally, he secured the passage of bills establishing an asylum for the insane, a school for the deaf and dumb, and a state home for the blind.

The issue of slavery complicated King’s duties as governor. Although he signed the Jackson Resolutions—passed by a large majority—he also vetoed a fugitive slave law, stating that it was unconstitutional. Over the next few years, he opposed Missourians voting on the Lecompton Constitution in Kansas, and at the Democratic National Convention in 1860 he supported Stephen A. Douglas for president, believing that his election would preserve the Union. At the convention King participated in the debates and denounced secession. In 1861 he supported both Hamilton Rowan Gamble’s provisional government and Lincoln’s administration, and in February 1865, while serving in Congress, he voted for a constitutional amendment to abolish slavery.

After the Civil War, King returned to the practice of law until his death in St. Louis on April 22, 1870. He was buried in Richmond, Missouri.

Leopard, Buel, and Floyd C. Shoemaker, eds. The Messages and Proclamations of the Governors of the State of Missouri. Vol. 2. Columbia: State Historical Society of Missouri, 1922.