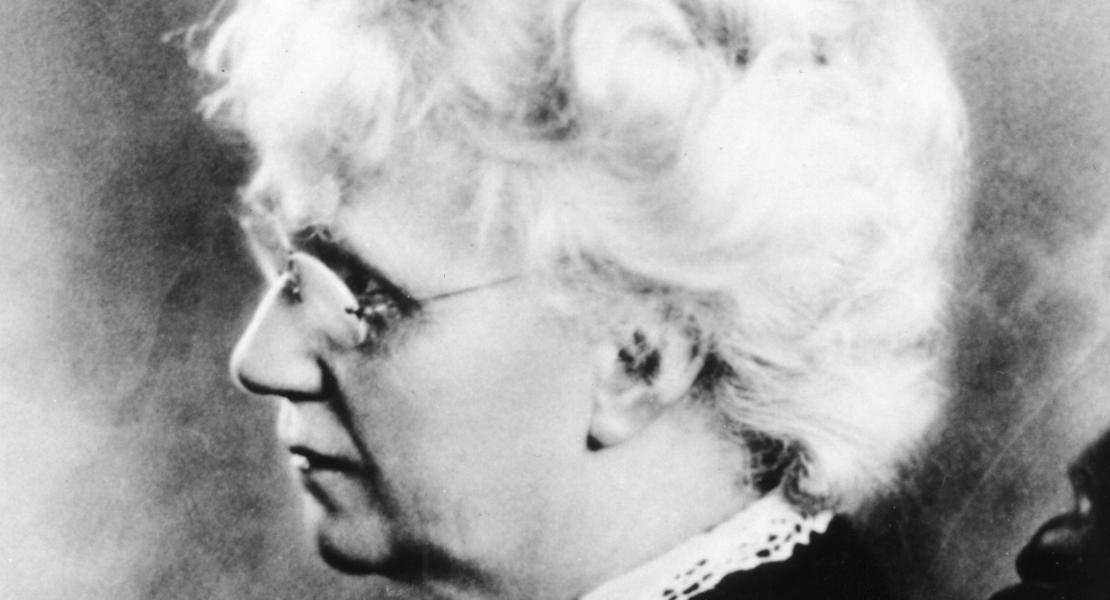 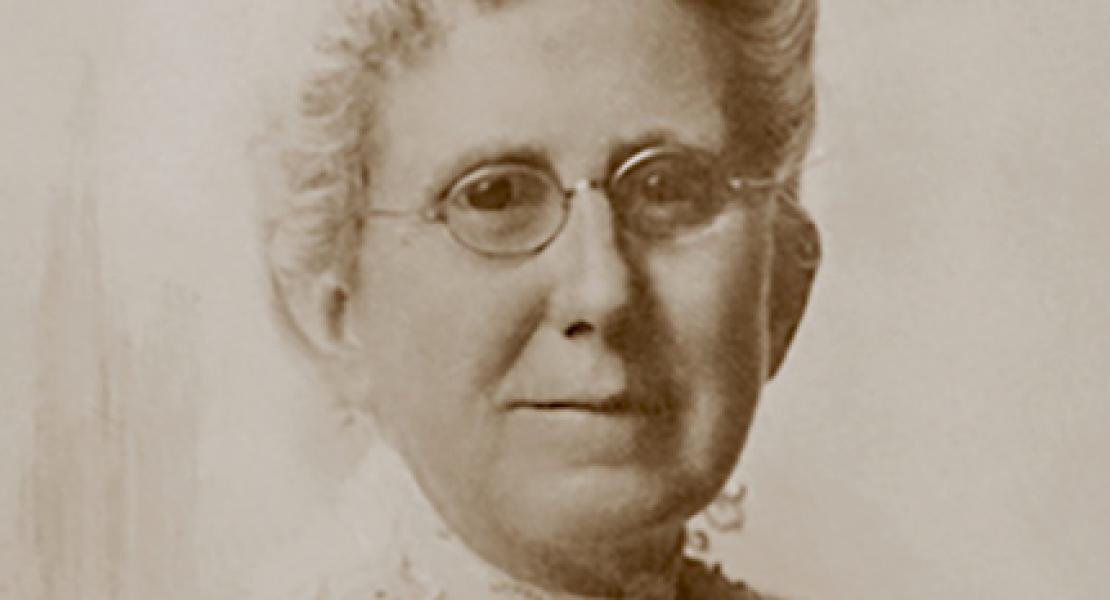 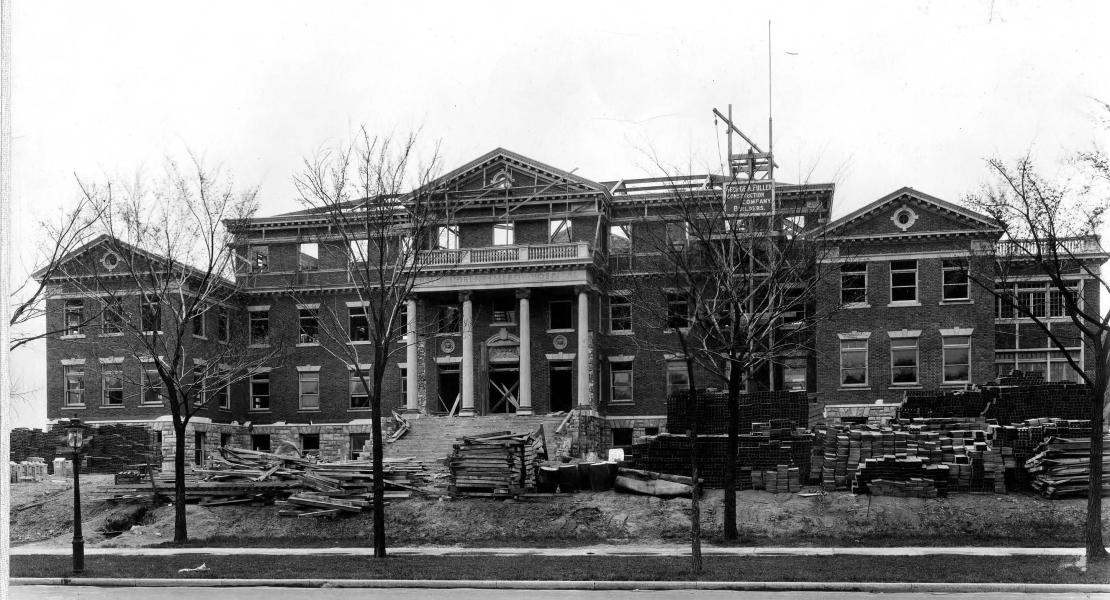 Katharine Berry Richardson founded the highly respected Children’s Mercy Hospital in Kansas City, Missouri. She was born on September 28, 1858, in Flat Rock, Kentucky, to Stephen Paine and Harriett Benson Berry. She was the younger of two girls. A farmer and grain-mill operator, Stephen raised his daughters after their mother’s death in 1861. He later worked in the oil industry in Pennsylvania and managed to send his daughters through high school at a time when girls usually did not attend high school.

Katharine Berry attended Mount Union College in Alliance, Ohio, and received her Bachelor of Philosophy degree in 1882 and her Master of Philosophy degree in 1887. She continued her education at the Pennsylvania Women’s College of Philadelphia and earned an MD in 1887. Berry became a teacher to help her sister, Alice, pay the tuition for Philadelphia Dental College. After Alice Berry graduated as a dentist in late 1887, the sisters started a medical practice in La Crosse, Wisconsin.

In 1893 Katharine Berry married James Ira Richardson of Eau Claire, Wisconsin. The couple had no children, and James died in 1903. The Richardsons moved to Kansas City in 1897, where Alice Berry Graham, recently widowed, joined them. The sisters established a medical practice in the downtown area and maintained living quarters above their office.

Richardson was a surgeon without a place to operate, as no hospital allowed a woman on its staff. The sisters rented beds in a hospital for women and children and brought a number of their patients to this facility. The building was an old house in need of repair and stood beside a brick factory on a dusty, rutted road. In 1899 Richardson and Graham decided to purchase the hospital to keep it out of bankruptcy and named it the Free Bed Fund Association for Crippled, Deformed, and Ruptured Children.

Women doctors were generally not accepted in the late 1800s, and newspapers printed unkind articles ridiculing the sisters. Yet Richardson and Graham were dedicated to the care of children, and through their frugality they were able to care for and feed a child for ninety cents a day. They spoke to church groups and women’s clubs to raise funds for the children. Male doctors eventually began to give their time and knowledge to the hospital.

Richardson wanted to help the Black children of Kansas City and established a separate hospital for them, Mercy Wheatley Hospital for Negroes, while encouraging Black doctors and nurses to treat patients there. In 1904 the sisters changed the name of the hospital to the Children’s Mercy Hospital. Patient numbers increased over the years, and Richardson and Graham decided to build a new facility. By 1915, Richardson, with the aid of lawyer R. R. Brewster, had raised enough money to start the building. The cornerstone, a memorial to her sister, Alice, who had died in 1913, read: “In 1897, Dr. Alice Berry Graham founded this hospital for sick and crippled children—to be forever nonsectarian, nonlocal, and for those who cannot pay.” Richardson refused to admit that it was her idea to build Mercy, insisting that the credit belonged to her sister.

Richardson treated paying patients but did not turn away those who could not pay. Children at Mercy received kind but firm treatment. The hospital had a playroom, a schoolroom, and a playground. Richardson believed in sun and fresh air as aids to healing ill children. She specialized in plastic surgery of the face, including harelips and cleft palates. Children also received speech therapy after surgery so that they could lead normal lives. The hospital had a small laboratory to study children’s diseases. Richardson dreamed of a large laboratory at Mercy for the discovery of a cure for infantile paralysis, but she was unable to fulfill her wish.

Richardson, a suffragist and a believer in woman’s rights, was brash and demanding, and her rules for doctors and nurses appeared strict. She expected no less from her staff than from herself. She never retired and operated until a few days before her death on June 3, 1933. During her lifetime women were in charge of the hospital. Soon after her death, however, men took over executive positions.

Richardson made a lasting impression on the children of Kansas City and its region. Children’s Mercy Hospital is now a not-for-profit comprehensive pediatric medical center with a 150-county primary service area in Missouri and Kansas. It was the first Missouri hospital to receive the American Nurses Credentialing Center’s prestigious Magnet designation for excellence in patient care and has been ranked among the best US children’s hospitals by US News and World Report.

Petra DeWitt is an associate professor of history in the Department of History and Political Science at Missouri University of Science and Technology.