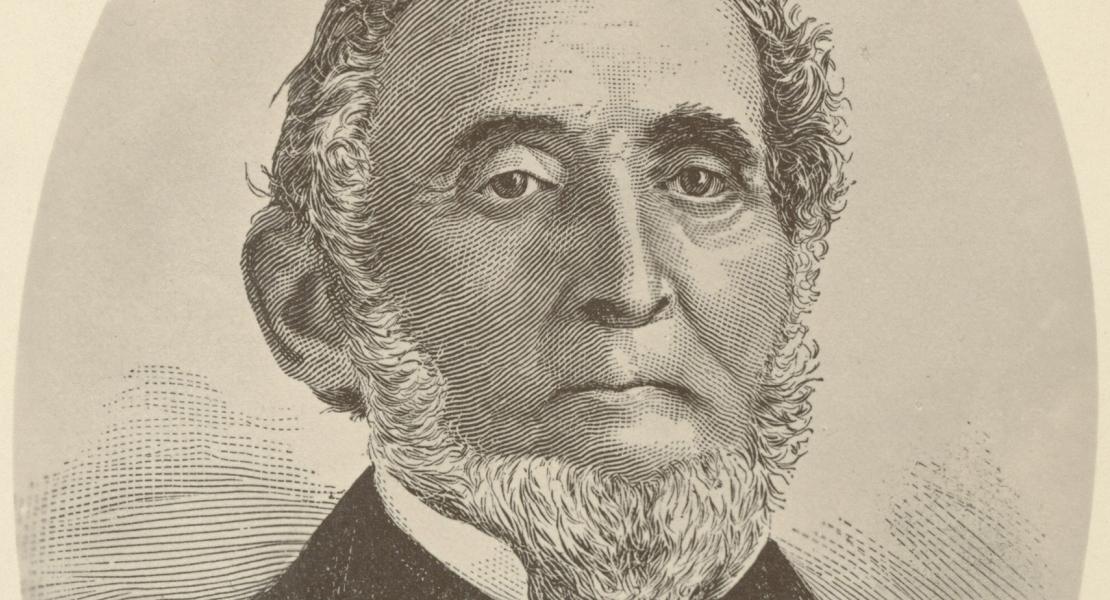 Born on February 17, 1793, on a farm near St. Clair Township, in Allegheny County, Pennsylvania, Sidney Rigdon was the fourth child of William and Nancy Rigdon. He became famous as a Mormon leader and was a central figure in the Mormon conflict in Missouri in the 1830s. As a boy he manifested a strong interest in religion, studied the Bible, developed excellent oratorical skills, and in 1817 entered the ministry as a Baptist preacher. Although enormously successful as a preacher who could attract and hold large congregations, his career as a Baptist pastor was controversial, largely because of his lifelong quest for what he called the Gospel in its fullness.

Working in the Mohoning Baptist Association of east-central Ohio, Rigdon came into contact with the work of Alexander Campbell, and in 1821 he affiliated with his efforts. Campbell’s Disciples of Christ organization was part of a larger “restoration” concept then present in American Christianity, as several religious reformers sought to restore the Gospel to its “ancient purity.” Rigdon remained a part of the Campbellite group through most of the 1820s, but split from it in 1830 over communalism (which Rigdon wanted to experiment with) and other ideas. Not long after this period, Rigdon learned of Joseph Smith Jr. and the rise of the Mormon religion in upstate New York from one of his former parishioners who had converted.

Perhaps the most important convert to early Mormonism, Rigdon was enticed to the church by missionaries traveling in the fall of 1830. Living in Kirtland, a suburb of Cleveland in Ohio’s Western Reserve, Rigdon brought his parishioners into Mormonism and almost instantly created a sizable organization. Within months Joseph Smith and his New York followers had relocated to Kirtland, and the community was closely identified with Mormonism until 1838. Rigdon quickly became Smith’s chief lieutenant and spokesman. From Kirtland, Smith sent followers to found Mormon communities around Independence, Missouri, proclaimed by the church as the center place of “Zion,” the place for a utopian gathering of believers.

Rigdon was especially attracted to Mormonism because of its authoritative answers to religious issues, settling for him and other members several theological debates underway in the first part of the nineteenth century. In so doing, Mormonism reacted against an emerging American pluralism and secularism present in Jacksonian America. The early Mormon attempts to develop utopian communities under theocratic control during the 1830s and 1840s, therefore, were partially means of combating the increasing importance of democratic, competitive, secular tendencies and the overall decline of religion in American life. These efforts brought the church into conflict with the otherwise-minded established order.

Throughout most of the 1830s Rigdon lived in Kirtland, Ohio, but after a series of incidents that prompted the Mormons to abandon it in 1838, he moved to the church’s stronghold of Far West, in Caldwell County, Missouri. As Smith’s chief spokesman, Rigdon was in large measure responsible for creating in Far West the public attitudes that led to the Mormon War in Missouri in the fall of 1838. Two speeches in the summer, the “Salt Sermon” and his Fourth of July sermon, set the community on notice that the Mormons would brook no internal dissent and would not be pushed around by external forces. Rigdon became one of the “hard-liners” in the conflict that followed in the fall of 1838. In this last confrontation, Missouri governor Lilburn W. Boggs issued an “extermination order” that essentially gave Missourians a license to kill Mormons.

Rigdon was arrested at Far West, along with several other Mormons, in November 1838, and bound over for trial on charges ranging from treason to riot. He spent part of the winter of 1838–1839 in the Liberty, Missouri, jail, but when his health failed he was brought to trial and—acting in his own defense—persuaded the court to dismiss the case. He then settled at the new Mormon community of Nauvoo, Illinois, and at the death of Joseph Smith Jr. in 1844 asserted his authority to lead the church. This was rejected by the members, and Rigdon founded his own Mormon splinter group in western Pennsylvania, where he was living at the time of his death on July 14, 1876.