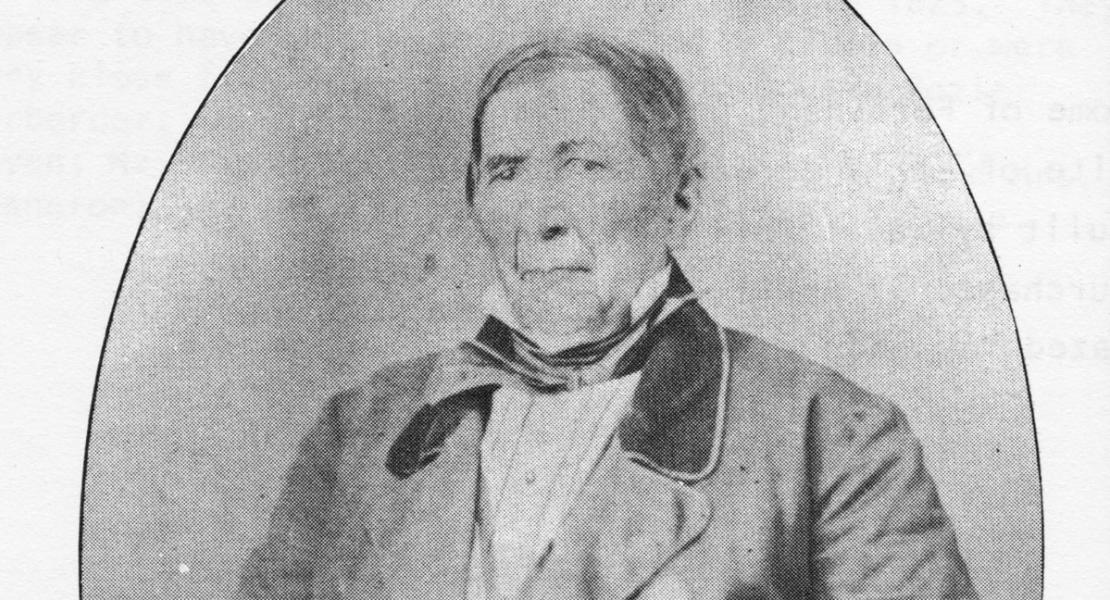 Ferdinand Rozier was an early resident of historic Ste. Genevieve and contributed to the development of an area considered the western frontier during the early 1800s. As a practical and successful businessman he helped establish the economy, and as a civic-­minded individual he contributed to the development of local government, as did his descendants.

Rozier was born in Nantes, France, on November 9, 1777. His father, François Claude Rozier, was a partner in a prosperous import-export business that traded with merchants in New York and Philadelphia. The respect and admiration shown the senior Rozier is evident from his obituary. Ferdinand Rozier’s grandfather was a lawyer in the Parlement of Paris.

After having attained a college education, Rozier served in the French navy from 1802 to 1805. While in the navy he visited the US ports of Philadelphia and Baltimore in 1804. In 1805 Rozier’s father and Captain James Audubon planned a business venture in America. With articles of association drawn up, their sons Ferdinand Rozier (age twenty-eight) and John James Audubon (age twenty-one) sailed for America in April 1806.

Rozier and Audubon arrived in New York, but soon traveled to Audubon Sr.’s property, Mill Grove, thirty miles northwest of Philadelphia. By late summer of 1807 they had traveled overland to Pittsburgh and then floated down the Ohio River to Kentucky. They engaged in the mercantile business there for three years. By the fall of 1810 the two friends decided to move farther west in hopes of establishing a more profitable business in Ste. Genevieve, which was a hub of commerce at that time. They purchased a keelboat and loaded it with merchandise, including dry goods, gunpowder, whiskey, and provisions for the trip. After spending part of the winter with Shawnee Indians at Tywappity Bottom, south of Cape Girardeau, Rozier and Audubon continued upriver to Ste. Genevieve.

There Rozier and Audubon found a ready market for the whiskey, and the business succeeded due to the efforts of Rozier. Audubon preferred to spend his time hunting and painting birds. In 1811 he sold his interest to Rozier and returned to Kentucky. They remained friends for life through correspondence and several visits. Rozier continued to succeed in business, making six long and dangerous trips to the East to purchase goods. The family occasionally accompanied him on purchasing trips to New Orleans. The business prospered, and branch stores were established at Perryville, St. Mary, and Potosi.

Rozier married Constance Roy of Fort Chartres, Illinois, on October 8, 1813. They had ten children, eight sons and two daughters. Having received a college education, Rozier understood the importance of learning. His five oldest sons were tutored or attended school at St. Mary of the Barrens near Perryville; his three youngest sons studied at St. Vincent’s in Cape Girardeau. His two oldest sons, Ferdinand Roy and Francis Claude, were taken to France to live with relatives and complete their education. They became merchants like their father. Joseph Adolphe studied law in Ste. Genevieve and France, and then returned to practice in New Orleans. Firmin Andrew, Charles Constant, and Amable Edward also studied and practiced law. Son Firmin established an academy for young men in 1854. It continued until the outbreak of the Civil War. Firmin also wrote a history of the early settlements in the Ste. Genevieve area. Charles was appointed to the board of regents of the state normal school in Cape Girardeau in 1872. Daughters Mary Lucile and Felicite attended the Visitation Convent at Kaskaskia, Illinois.

Three of Rozier’s sons (Felix, Francis, and Firmin) married three daughters of Jean-Baptiste Vallé, the original owner of Vallé Mining Company, and in doing so became associated with the mining business. This company began in 1825 and grew to include the Perry mine. Felix became one of the principal owners and served as president of the company in the 1880s.

When the city of Ste. Genevieve was incorporated in 1827, Rozier served as mayor. Later, his sons Francis, Firmin, Felix, and Charles held that position. Joseph served a short term as mayor of New Orleans. Rozier’s sons held numerous other county and city offices in Ste. Genevieve and Perry Counties. Firmin was elected to the state legislature for two terms beginning in 1850, then to the state senate for four years beginning in 1872.

Rozier continued in business until a few years before his death on January 1, 1864. He lived to be eighty-six and his wife eighty-three. Besides his ten children, at the time of his death he had 110 grandchildren and great-grandchildren. Many Rozier descendants continue to live in the historic homes of Ste. Genevieve and are considered among the prominent citizens in Ste. Genevieve or Perry Counties and other areas of the state.

Lyle W. Dorsett is retired from the faculty of the Beeson Divinity School at Samford University.