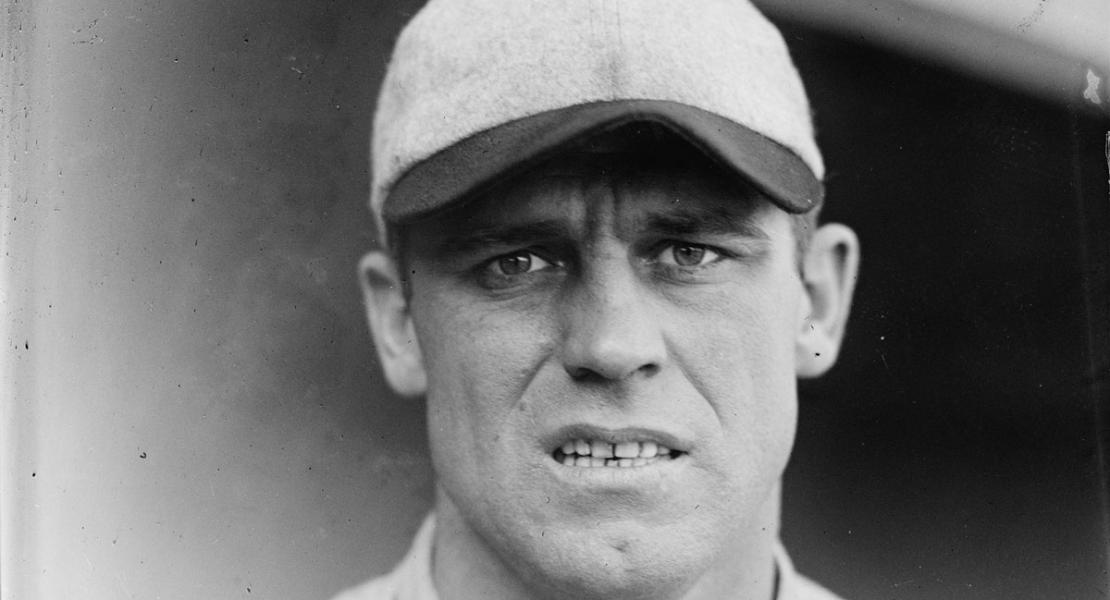 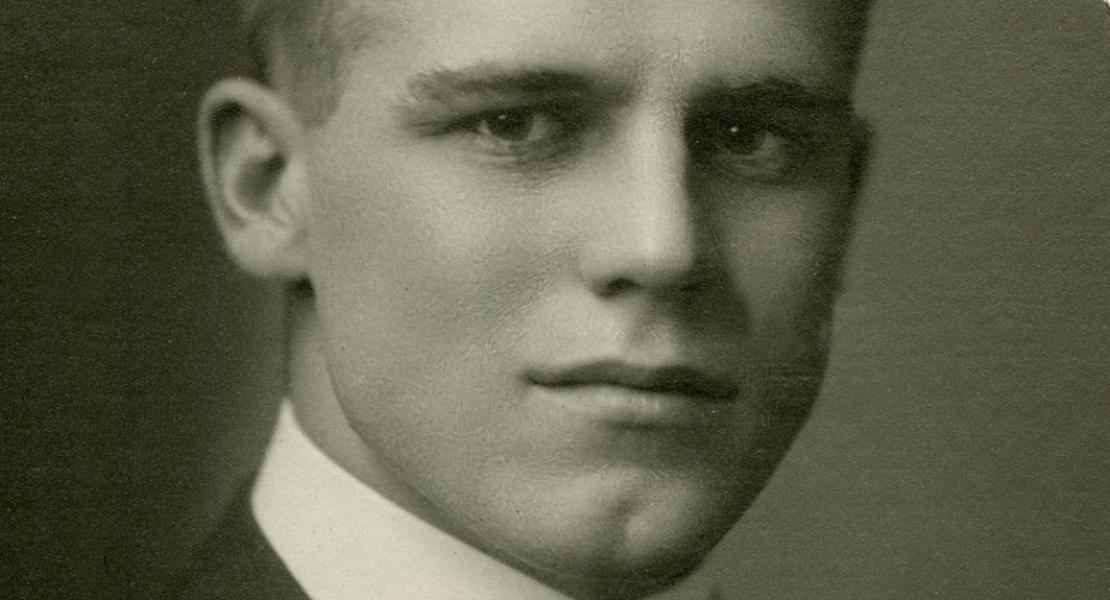 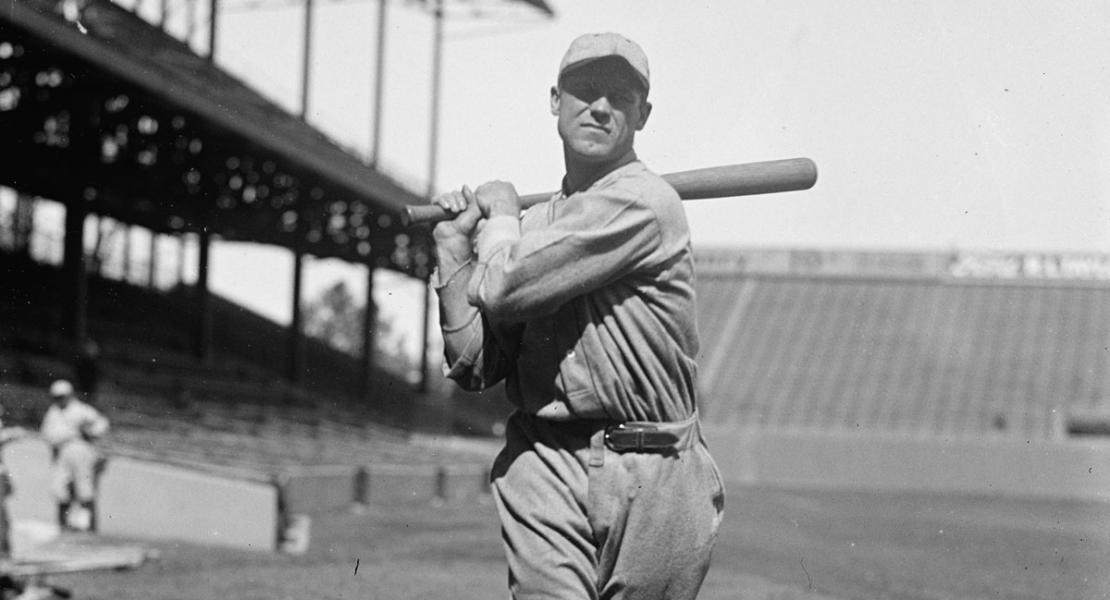 George Sisler ranks among baseball’s all-time finest hitters. His longtime manager and lifetime friend Branch Rickey described him as “the smartest hitter who ever lived. He never stopped thinking. And in the field he was the picture player, the acme of grace and fluency.”

“Gorgeous George,” as he came to be known, was born on March 24, 1893, in tiny Nimisila, Adams County, on the fringe of Ohio’s coal country, where his father supervised a mine. At age fourteen he moved to Akron to live with his older brother, who later played baseball for the Goodyear Wingfoots in the local industrial league.

Originally a pitcher on local semiprofessional teams, Sisler turned down college scholarships to Western Reserve and the University of Pennsylvania in favor of the University of Michigan, where he starred as a pitcher, outfielder, and first baseman. He graduated from Michigan in 1915 with a Bachelor of Science degree in mechanical engineering and married his college sweetheart, Kathleen Holznagle, the day after the 1916 baseball season ended.

By then, Sisler had already played two seasons in the major leagues, having come up as a pitcher in 1915. Branch Rickey, his coach at Michigan and a scout for the St. Louis Browns, had convinced that club to sign him. Earlier, he had signed with Akron, a minor-league team in the Ohio-Pennsylvania League. Akron transferred the contract to its parent team in Columbus, Ohio, which in turn sold it to Pittsburgh Pirates owner Barney Dreyfuss. With both the Pirates and the Browns claiming contracts with him, Sisler’s fate was decided on June 10, 1915, when a three-man commission consisting of the National League and American League presidents plus Cincinnati Reds team owner Garry Herrmann declared the Pittsburgh contract void, since young George had signed it as a minor. Sisler went immediately to St. Louis to play for Rickey, who was then managing the Browns.

In his first major-league game, pitching against the Washington Senators, Sisler made a dramatic double play. Roger Peckinpaugh bunted while Joe Judge started running from third base. Sisler fielded the bunt fifteen feet from the plate, tagged out Peckinpaugh, and threw the ball to catcher Hank Severeid for the second out. Despite this dramatic start, Sisler, like fellow American League star Babe Ruth, saw his pitching career cut short by his remarkable skills as a hitter. Rickey switched Sisler to the outfield briefly, then to first base permanently in 1916 so he could have him bat in every game. Sisler won just five games and lost seven in his brief pitching career, though with a sparkling 2.13 earned run average. Two of his victories came in matchups against pitching great Walter Johnson of the Senators.

Before the 1923 season, Sisler suffered a serious sinus infection that left him with vision problems. Forced to sit out that season, he returned as a player-manager in 1924 but hit only .305. He would never again be the player he had been before his eye trouble, but Sisler had several more good seasons ahead of him. He managed the Browns until 1927, when he turned managing duties over to Dan Howley. In 1928 the Browns sold Sisler’s contract to Washington. After twenty games the Senators sold him to the Boston Braves in the National League, where he played through 1930, his last major-league season. He completed his playing career in the minors with a year at Rochester in the International League and in 1932 with Shreveport-Tyler in the Texas League.

Sisler’s lifetime statistics, especially his 2,812 hits, .987 fielding average, and .340 batting average, rank him among the game’s finest first basemen. He is widely regarded as the best player the St. Louis Browns ever produced. Sisler was inducted into the Baseball Hall of Fame in 1939.

In the years following his playing career, Sisler endorsed St. Louis sporting goods until 1943, when he joined the Browns as a scout and special hitting instructor. Sisler died on March 26, 1973, in St. Louis.

Golenbock, Peter. The Spirit of St. Louis: A History of the St. Louis Cardinals and Browns. New York: HarperCollins, 2000.

Sisler, George. Sisler on Baseball: A Manual for Players and Coaches. With a Foreword by Branch Rickey. New York: D. McKay Co., 1954.