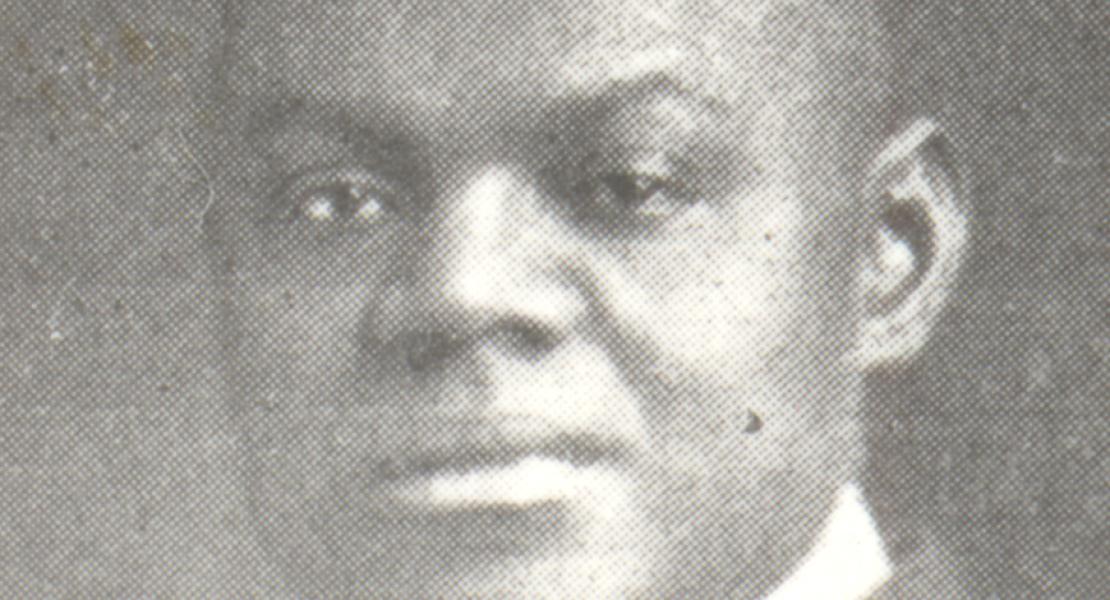 George L. Vaughn, a prominent Black St. Louis attorney and political activist, was born in Columbus, Kentucky, on March 9, 1880, the son of former slaves Monroe and Josephine Vaughn. Little is known of his early life. He attended Lane College in Jackson, Tennessee, and completed his legal training at Walden University in Nashville. Early in the twentieth century he established a law practice in St. Louis, where he became involved in local politics.

Around 1908 Vaughn, Joseph E. Mitchell, Charles Turpin, and Homer G. Phillips formed the Citizens Liberty League to promote and endorse Black political candidates. Their activism resulted in the election of Turpin to the position of St. Louis constable in 1910, the first Black candidate elected to a public office in Missouri.

After serving as an officer in an artillery unit during World War I, Vaughn resumed his law practice in St. Louis. He also became active in the St. Louis chapter of the NAACP and served for many years as chairman of its executive committee. He was an ardent antilynching crusader and investigated the 1923 lynching of James T. Scott in Columbia, Missouri. He later wrote a report of the incident for the national office of the NAACP that appeared in the St. Louis Argus on May 4, 1923.

Vaughn was an especially important figure in Democratic politics in St. Louis during the New Deal. In 1936 he received an appointment as a justice of the peace in the city’s Fourth District. In 1941 he ran for alderman on the Democratic ticket but lost. He also served as an assistant attorney general of the state of Missouri until the time of his death in 1949. Vaughn delivered the minority report at the 1948 Democratic National Convention held in Philadelphia. This report recommended the unseating of the Mississippi delegation to the convention because of its declaration of “undying devotion” to the principle of white supremacy. The report failed to carry the convention by a slim margin.

Vaughn is best remembered for his role as the attorney of record in a restrictive covenant case decided by the US Supreme Court in 1948. Restrictive covenants were written stipulations placed in property deeds that prohibited property from being sold to African Americans. In 1945 J. D. and Ethel Shelley of St. Louis purchased a home. A few days after the Shelleys moved into the house, two of their neighbors, Louis and Fern Kraemer, sued to evict the Shelleys from their new home, citing a restrictive covenant attached to the house’s deed. The restriction, dating back to 1911, barred any owners of the property, their heirs, legal representatives, or subsequent owners from selling or renting the property to people who were not of the “Caucasian Race.” While a St. Louis circuit court refused to evict the Shelleys, the Missouri Supreme Court overturned its ruling and called for the enforcement of the covenant. Vaughn, the Shelleys’ attorney from the beginning of the lawsuit, appealed the case to the US Supreme Court. The high court accepted Vaughn’s argument that the enforcement of restrictive covenants by the courts was a state action in violation of the equal protection clause of the Fourteenth Amendment. The May 3, 1948, ruling of the Court in Shelley v. Kraemer struck down the enforcement of restrictive covenants in nineteen states and the District of Columbia. Later, Thurgood Marshall, NAACP attorney and future Supreme Court justice, remarked that the Shelley case “gave thousands of prospective buyers throughout the United States new courage and hope in the American form of government.”

Vaughn was a founding member and first president of the Mound City Bar Association. He was also active in the African-Methodist Episcopal Church and in several fraternal lodges, including the Masons and the Elks. George L. Vaughn died at his home in St. Louis on August 17, 1949. Burial was in the Washington Park Cemetery in St. Louis. He was survived by his wife, Eva Vaughn; a son, George L. Vaughn Jr.; and two daughters, Mary and Carolyn.

Vose, Clement E. Caucasians Only: The Supreme Court, the NAACP, and the Restrictive Covenant Cases. Berkeley: University of California Press, 1959.