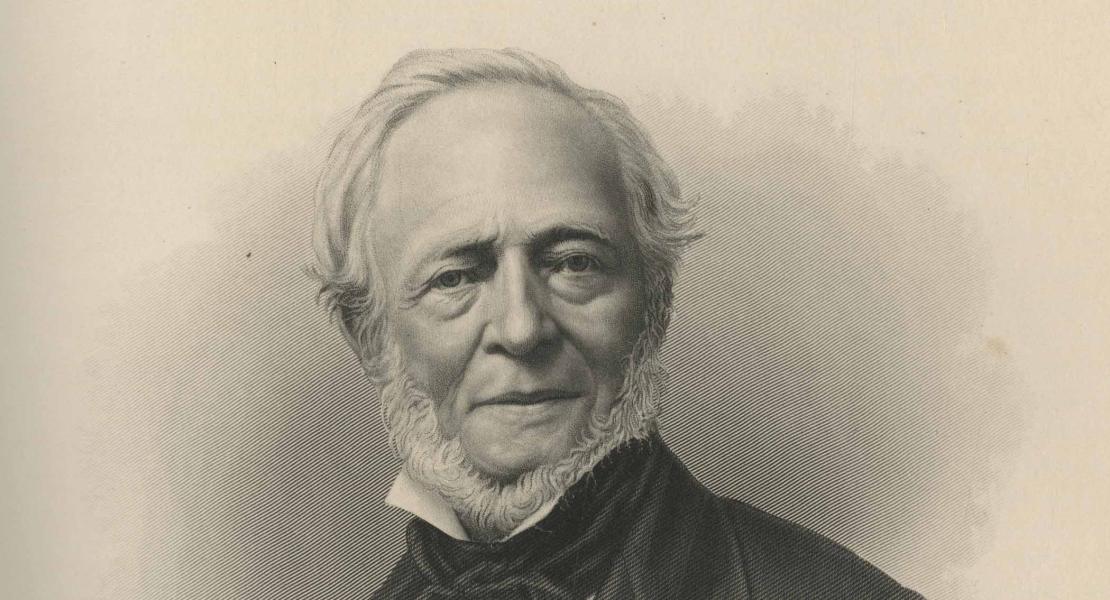 Henry von Phul was born in Philadelphia in 1784, the son of Johann Wilhelm (later William) and Catharine (Graff) von Phul. His father emigrated in 1764 from Westhofen, Central Pfalz, to Lancaster, Pennsylvania, where he became a prosperous businessman and married Catharine in 1775. Both were members of the Moravian Brethren, and it is possible that von Phul had left Germany for religious reasons. The family moved to Philadelphia, where Henry, the fifth of eight children, attended common school. In 1792 William and probably two children died in a yellow fever epidemic; eight years later Catharine moved her family to Lexington, Kentucky.

In Kentucky, Henry von Phul found work with Lexington merchant Thomas Hart Jr., later becoming a merchant’s apprentice with Snead and Anderson in Louisville. During these years he made frequent trips north in keelboats loaded with commodities for trade with Native Americans and planters, gaining experience for his future career. His mother died in 1810; the following year he moved to St. Louis, where he established his own mercantile firm, trading primarily in furs.

When von Phul arrived in St. Louis in 1811, the population was around fourteen hundred; hostilities with Indigenous tribes were still common along the Missouri River. Indeed, von Phul joined the Missouri Rangers, serving on the frontier as an aide-de-camp to commander Nathan Boone. Despite this distraction, and despite a fire in 1814 that damaged his interests, von Phul’s business flourished. In June 1816 he married Rosalie Saugrain, the daughter of a respected French-born physician; the couple had fifteen children.

In 1817 von Phul was among the crowd who witnessed the arrival of the first steamboat in St. Louis, the General Zebulon Pike. Within a few years he became part-owner of several steamboats, and he and his associates were the first to run boats from St. Louis to New Orleans. As senior partner of the respected mercantile firm Von Phul and McGill (later Von Phul, Waters, and Company, and finally H. von Phul, Sons, and Company), he pursued his business ventures successfully. However, beyond his own interests, he promoted the future of St. Louis as a center of trade and finance. To this end in 1836 he and twenty-four other prominent men founded the St. Louis Chamber of Commerce. Moreover, throughout his life he involved himself in civic as well as business affairs.

As early as 1817, von Phul demonstrated an interest in the well-being of the city. In that year he and Auguste Chouteau raised funds to buy a fire engine and build a firehouse. In 1819 von Phul became a town trustee; in 1823, the city’s first auditor; in 1826, an alderman; and in 1838–1840, a member of the school board. In addition, he sat on the board of Kemper College, established in 1836. In 1819 he was elected as a member of the vestry of the newly established Christ Episcopal Church, although in later years he converted to Roman Catholicism.

Near the end of his life, von Phul suffered a setback in an otherwise remarkably successful career. In 1872 his New Orleans branch, managed by his sons, went under. The eighty-eight-year-old insisted upon paying his sons’ creditors, though doing so forced him to relinquish his personal fortune, “even to his wife’s dower.” This act of “unfailing integrity” seems to have earned him only greater admiration among his colleagues.

Henry von Phul died in St. Louis on September 8, 1874. Three days later the Merchants’ Exchange resolved to pay “appropriate tributes of respect” to their member and drape the hall of exchange in mourning for thirty days. After the burial von Phul’s friends presented a full-length portrait of the “old and honored merchant” to be hung, fittingly, in the Union Merchants’ Exchange.

Edwards, Richard, and M. Hopewell. Edwards’s Great West and Her Commercial Metropolis, Embracing a General View of the West, and a Complete History of St. Louis, from the Landing of Ligueste, in 1764, to the Present Time; with Portraits and Biographies of Some of the Old Settlers, and Many of the Most Prominent Business Men. St. Louis: Edwards’s Monthly, 1860.