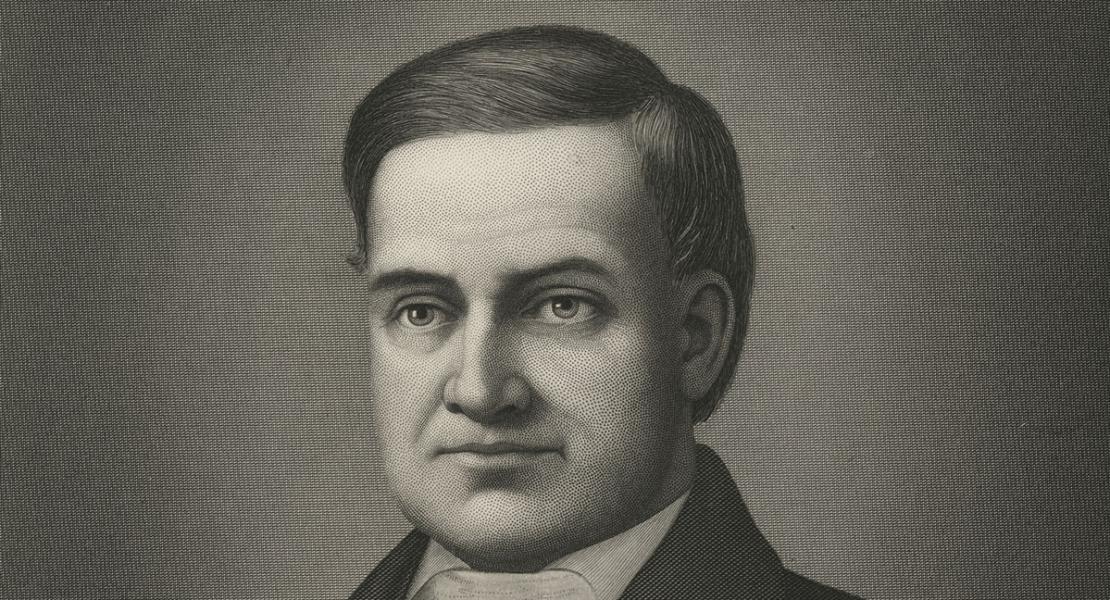 John Mullanphy, a merchant and philanthropist, was born in 1758 in northern Ireland near Enniskillen in County Fermanagh. His mother died at a young age, and after his father’s second marriage, he moved in with his uncle. At the age of twenty he joined the Irish Brigade in the French Army. Following his service in the army, he returned to his native country and in 1789 married Elizabeth Brown of Youghal, in County Waterford.

In 1792, Mullanphy immigrated to Philadelphia with his wife and young child. He spent several years in Philadelphia and Baltimore, where he established himself as a prosperous merchant and formed a close friendship with Bishop John Carroll. Soon, however, he was lured by the opportunities of the western frontier, and in 1799 he set out for the wilderness of Kentucky. He built a brick house and store in Frankfort, and was noted for laying the first pavement in that town. As one of the few Catholics in Frankfort, he regularly hosted missionary priests who held mass at his home. Each year he traveled to Baltimore and Philadelphia, returning with wagon loads of goods for his Frankfort store. In 1803 he fitted a schooner for the West India trade that made several successful trips before being lost at sea in a storm.

In 1804, Mullanphy made the acquaintance of Charles Gratiot, who soon convinced him of the prospects of a move to St. Louis. That same year, Mullanphy along with his wife, five children, and several servants set out by boat for St. Louis with the goods from his store. Benefited by his fluency in French in this territory that had only recently been added to the United States via the Louisiana Purchase, he quickly rose to a position of prominence and respect in the community. He was named justice of the peace and officiated many marriages, one of which was the marriage of Alexander McNair, who later became the first governor of Missouri. After a few years in St. Louis, Mullanphy moved his family downriver to Natchez, where he established a store, and then to Baltimore. Each year he transported goods to his establishments in the West, and he came to be called the great western merchant.

However, while Mullanphy’s business enterprises continued to turn a profit, it was his successful corner of the cotton market during the War of 1812 that made his fortune. He was in New Orleans when the British troops attacked the American forces in January 1815, and his stores of cotton were used as breastworks in the famous defense of the city. When he went to General Andrew Jackson to protest the seizure of his cotton, the general provided him with a musket and sent him to the lines to defend his investment. Following the battle, Mullanphy, believing that peace was soon at hand, traveled upriver to Natchez to await the news. When the news of peace arrived, he hastened by river to New Orleans, arriving a few days ahead of the overland mail. He hurriedly bought and stockpiled large stores of cotton at three and four cents per pound. When the news reached New Orleans and free trade resumed, he loaded his cotton on a ship for Liverpool, where he sold it for thirty cents per pound, thus reaping an enormous profit.

Soon after the war Mullanphy returned to St. Louis, where he invested heavily and wisely in real estate. His numerous land and financial transactions often embroiled him in lawsuits, and he was known to remark that he would rather lose a thousand dollars in legal fees than get cheated out of one dollar that was rightfully his. Mullanphy also invested his wealth in a host of charitable ventures, to the lasting benefit of St. Louis. He donated a parcel of land and provided financial backing for the city’s first hospital, and brought the Sisters of Charity to St. Louis to tend to the sick. He also provided land to the Sisters of the Sacred Heart for a school to educate orphans. When a cholera epidemic hit the city in 1832, he hired a Philadelphia doctor, Julian Henry, to care for victims at his own expense.

Upon Mullanphy’s death on August 29, 1833, one newspaper obituary read, “the orphan and afflicted have lost a most liberal benefactor and literature a firm supporter.” His philanthropic endeavors were carried on by his children, most notably his son Bryan Mullanphy and his daughter Ann Mullanphy Biddle. Onetime mayor of St. Louis, Bryan Mullanphy upon his death willed one-third of his estate to the establishment of a fund to furnish relief to all poor emigrants traveling to the West, while Ann Biddle donated much of her inherited wealth to the relief of widows and orphans.

In his Recollections, longtime mayor of St. Louis John F. Darby wrote, “Amongst the distinguished men engaged in laying the foundation of this city and building up the same, no one was more prominent than John Mullanphy . . . at the time of his death, [he] was said to be the wealthiest man in the Valley of the Mississippi, his estate being reckoned by millions. He was a most worthy and good man. In charitable deeds he never had a superior in the city of St. Louis.”

Dennis Northcott is associate archivist at the Missouri History Museum in St. Louis.

Darby, John F. Personal Recollections of Many Prominent People Whom I Have Known, and of Events—Especially Those Relating to the History of St. Louis—during the First Half of the Present Century. St. Louis: G. I. Jones, 1880.