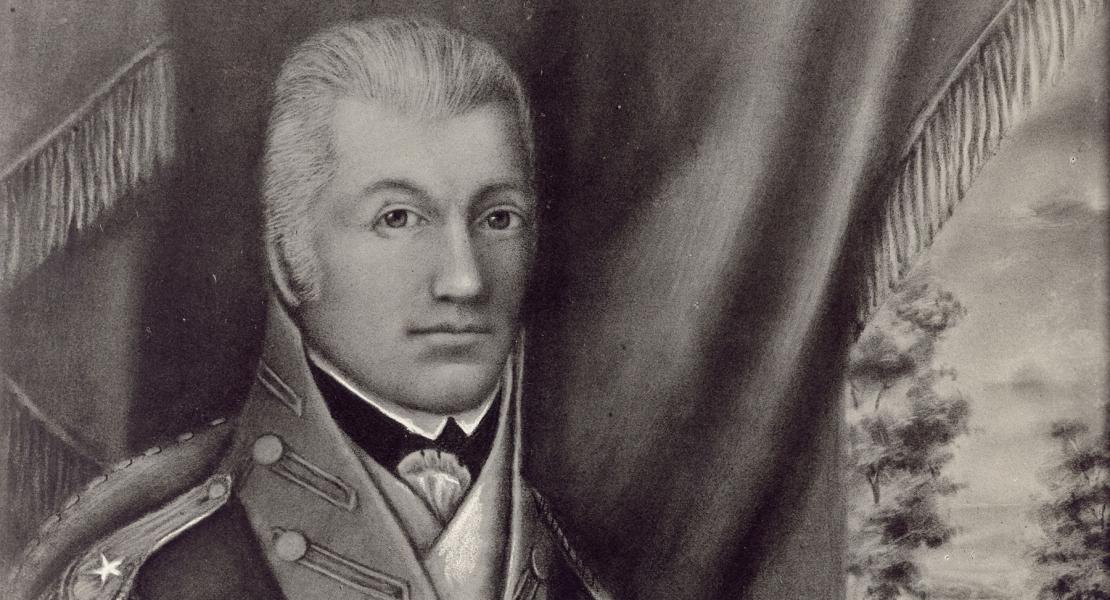 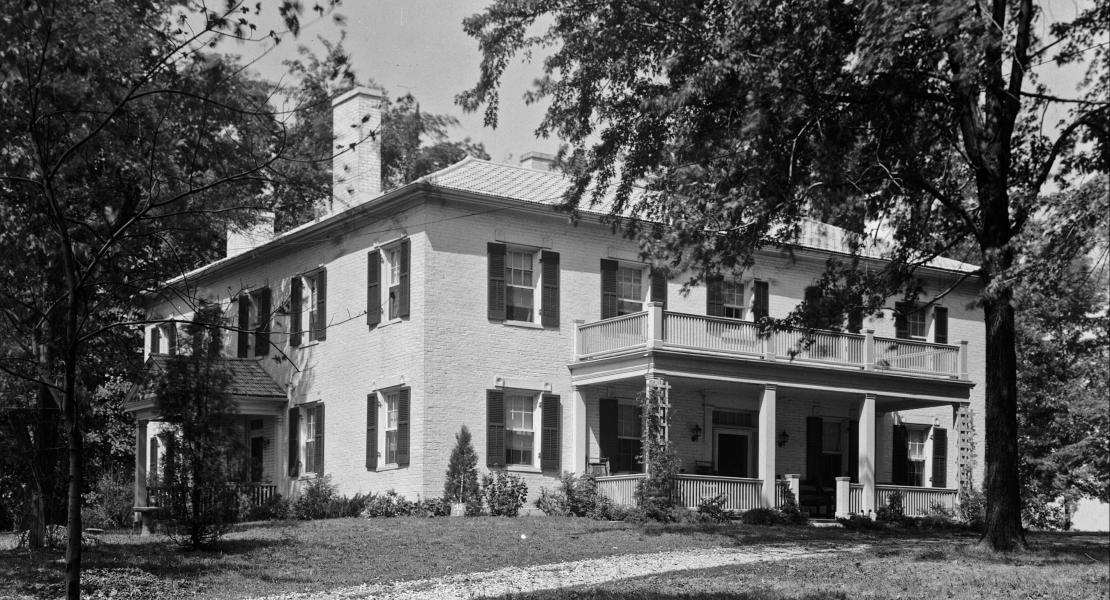 The builder and commandant of Fort Bellefontaine, General Daniel Bissell served with distinction as military commander of Upper Louisiana in the key period after the French cession of the Louisiana Territory to the United States. Born in Windsor, Connecticut, around 1768, Bissell was the son of Ozias and Mabel Robarts Bissell. He came from a family of soldiers and military leaders. His father once proudly remarked that he and his sons alone had given 120 years of service to their country.

During the Revolutionary War, Bissell was a fifer and carried out numerous other tasks with distinction. One of his earliest exploits concerned the carrying of important military documents and dispatches alone between Philadelphia and Pittsburgh in hostile Indian territory. After the Revolution Bissell was destined to remain in the military as a professional army officer. He became a noted Indian fighter in the regular army as it attempted to secure the frontier. He was with Major General Arthur St. Clair in the central Ohio valley at the battle of November 4, 1791, widely known as St. Clair’s Defeat, where he fought with great heroics.

Bissell rose steadily in the military ranks, from cadet in 1791 to lieutenant to captain, next to lieutenant colonel, and finally to colonel at the time he took command at Fort Bellefontaine in 1808. The fort a few miles north of St. Louis was a military post that General James Wilkinson had established three years earlier. Bissell had previously commanded Fort Massac, a port of entry on the Ohio River, where he also served as a customs officer between Spanish Louisiana and the United States. In 1804 he officiated at the formal ceremony of transfer of New Madrid to American rule, one of the few such observances in Upper Louisiana.

At the time Bissell established his military command at Fort Bellefontaine, the installation was already in disrepair and probably indefensible. Bissell took steps to rebuild the cantonment to make it a useful and strategic base for frontier defense. While in command at the fort between 1808 and 1813, Bissell assumed a key role in providing for the security of the territory during a time of increasing unrest and uncertainty.

Bissell advocated strong defensive measures along the young American republic’s western border but managed to remain aloof from the political squabbles and factionalism that raged in the Louisiana Territory in the early years of American domination. Bissell was a friend of Daniel Boone and provided the Lewis and Clark Corps of Discovery with useful advice. He was able to work effectively with individuals of varied temperaments and strong personalities such as Wilkinson, Frederick Bates, Auguste Chouteau, and Ninian Edwards.

During the War of 1812 Bissell participated in the American victory at Lyon’s Creek in October 1814. After the war, while serving at posts on the lower Mississippi at Baton Rouge and New Orleans, he waged a prolonged and embittered struggle to preserve his rank of brigadier general and his commission during a time of general military retrenchment. The proud old career soldier, with many honors to his credit, resisted efforts to dismiss him from military service. For ten years he utilized powerful intermediaries such as Thomas Hart Benton to seek an overturn of his forced retirement.

During that time he improved his beloved farm, Franklinton, above St. Louis near the old fortress and military camp he had rehabilitated in earlier days. The personal strife of these years was alleviated by the wide respect he commanded in St. Louis, where he was considered one of the first men of the city. In 1825 Bissell was a leader in arranging for the Marquis de Lafayette’s visit to St. Louis[JB1]  in the autumn of that year.

Bissell was undoubtedly an ambitious soldier in the early days of national expansion. His gifts for building defensive fortifications and maintaining military discipline enabled him to advance in rank. His successful oversight of western military operations contributed to the establishment of St. Louis as a major center of American military operations. At the time of his death on December 14, 1833, Bissell projected an image of a prosperous country squire along the Bellefontaine Road, the old military road he had improved. He amassed a farm of several thousand acres and exemplified the successful American settlers who came to early Missouri. His activities as a Missouri version of an aging Cincinnatus came to symbolize the growing peace and prosperity that nurtured the Mississippi valley as the frontier moved ever westward.