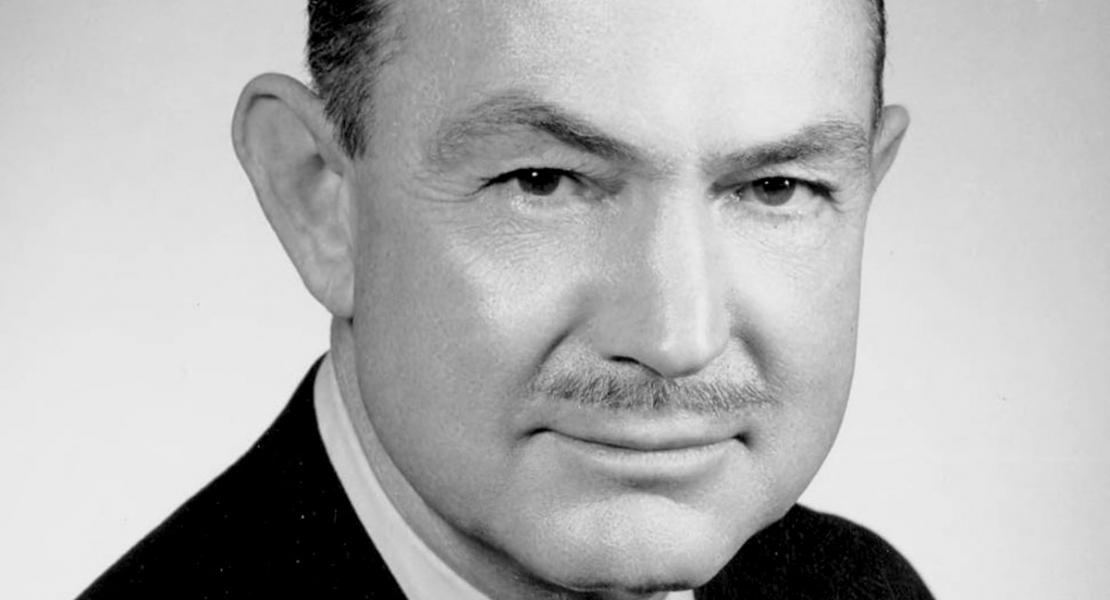 Charles Daniel Saults was a leading voice in Missouri conservation for forty years. Trained as a journalist, he was a newspaperman, soldier in World War II, state and later federal bureaucrat, essayist, and popular speaker at national, state, and regional forums. He became an outdoor writer of national reputation.

Dan Saults was born in Knob Noster, Missouri, on May 20, 1911, the eldest son of a local businessman. After high school he attended Central Missouri State University for two years before transferring to the University of Missouri in Columbia, where he majored in journalism. He returned to Johnson County, where his father and the local bank financed the purchase of the weekly newspaper, the Knob Noster Gem, in 1935.

The following year Saults editorially supported Proposition No. 4, the constitutional amendment that would establish the modern Missouri Department of Conservation. E. Sydney Stephens, the prime mover in the campaign, came personally to encourage the young editor, and Saults increased his published support while giving public speeches. The experience made the editor a convert to conservation. Saults continued to work in his hometown until enlisting in the army in March 1942.

Saults’s communication skills were recognized by the army, which made him an intelligence officer and later captain of an infantry company that saw duty in North Africa and Italy. After the war he returned to civilian life in June 1946, and “sort of hating the world” he went to Brownsville, Texas, to write fiction. However, he soon learned that he needed a steady job.

James Kirkpatrick, managing editor of the Jefferson City News-Tribune, offered Saults a position with the morning Capitol-News. By chance, however, Saults learned that the Conservation Commission was conducting interviews for an editor of its Conservationist magazine. Unannounced, Saults asked for an audience. Sydney Stephens, a commissioner, “rather insisted I be hired,” Saults recollected.

In April 1947 Saults began his influential tenure with the Department of Conservation, where his primary clients were biologists. Bill Nunn later wrote of Saults’s journalistic accomplishment, “Seeking to make arid research data palatable with a flavoring of entertainment, Saults added color and life to the magazine stories. And emotion.” His favorite outdoors activities became turkey hunting and float fishing. In two years the department promoted him to chief of information while he retained the editorship.

Saults, the public voice for the department, traveled extensively throughout Missouri. He took particular interest in combating and helping defeat the proposed Corps of Engineer dams on the Current River, a major achievement in environmental strategy used later on the Buffalo River in Arkansas. Although Saults loved the Ozarks rivers, he recognized that compromises must be made and led the Department of Conservation in public support for Table Rock dam. He visited the Irish Wilderness, a forested area in southeast Missouri, for which he maintained a lifelong romantic passion. A generation later he led proponents seeking an official wilderness designation for the Irish Wilderness in the Mark Twain National Forest.

During the 1950s Saults established professional and personal friendships with the leading conservationists in Missouri and became part of an influential group that made the Missouri Department of Conservation a national model. Under Saults’s editorship the circulation of the Conservationist climbed from eight thousand to eighty thousand. In 1957 he became deputy director of the department, continuing to write the lead editorial for the magazine and participate in freelance outdoor writing. He edited more than a dozen books for the department while writing two dozen articles a year.

In 1964 Saults left Missouri for a federal appointment as an information officer in the US Department of the Interior, first with the Bureau of Land Management and in 1966 with the Fish and Wildlife Service. He maintained a vigorous schedule with the Conservation Roundtable in Washington, DC, increased his visibility with the Outdoor Writers Association of America (OWAA), for which he became a leader, and continued to write conservation essays for federal publications. During the fight for the free-flowing Buffalo River in Arkansas, he hosted and arranged political meetings in Washington for Neil Compton and his Ozarks supporters. In 1970 Saults wrote the script for So Little Time, an award-winning film recognized by the North American Wildlife Conference and the OWAA. In late 1973 he retired to Branson, Missouri.

In retirement Saults kept himself in the public eye as a regional journalist while holding national offices with the OWAA. He coedited their popular bicentennial project, America’s Great Outdoors, a study of two centuries of nature writing. From 1974 until his death on September 23, 1985, Saults delivered some fifteen speeches per year. His writing included a weekly column for the Springfield News and Leader and a monthly environmental report for the Ozarks Mountaineer, and he expanded his commentaries to include book and film reviews. His provocative prose struck a responsive chord in the Ozarks as readers wrote letters to the editor and sought him out with phone calls.

A self-professed romantic, Saults considered it essential that conservation become a way of life for Americans. He came to love the Ozarks for what it had been and its promise for what it could be in its exceptional biodiversity. He wanted readers to engage their imagination in the possibilities of the future and consider conservation as a state of mind.