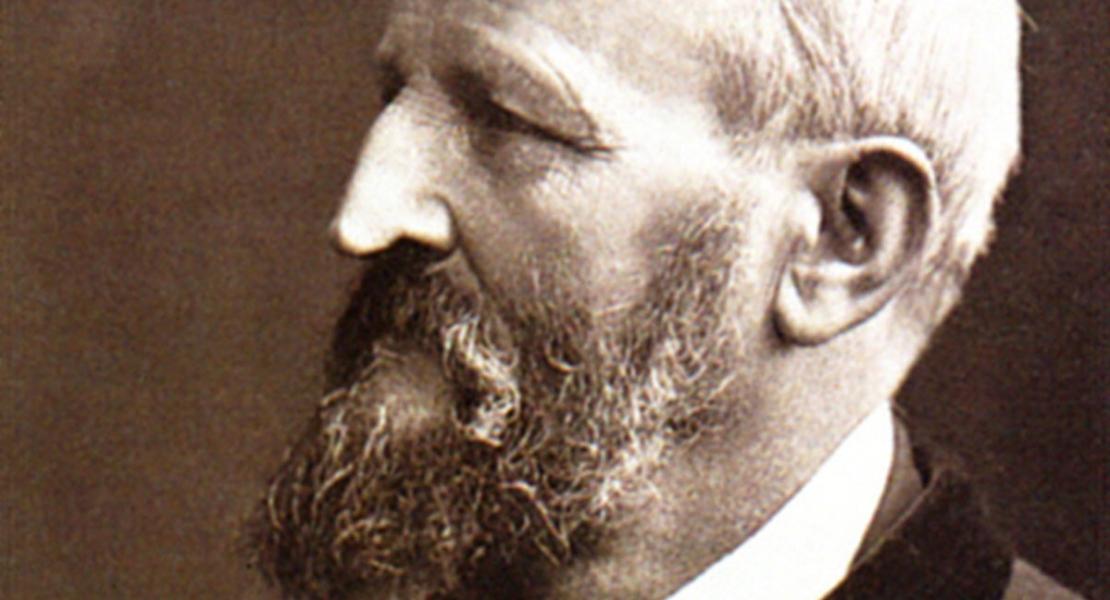 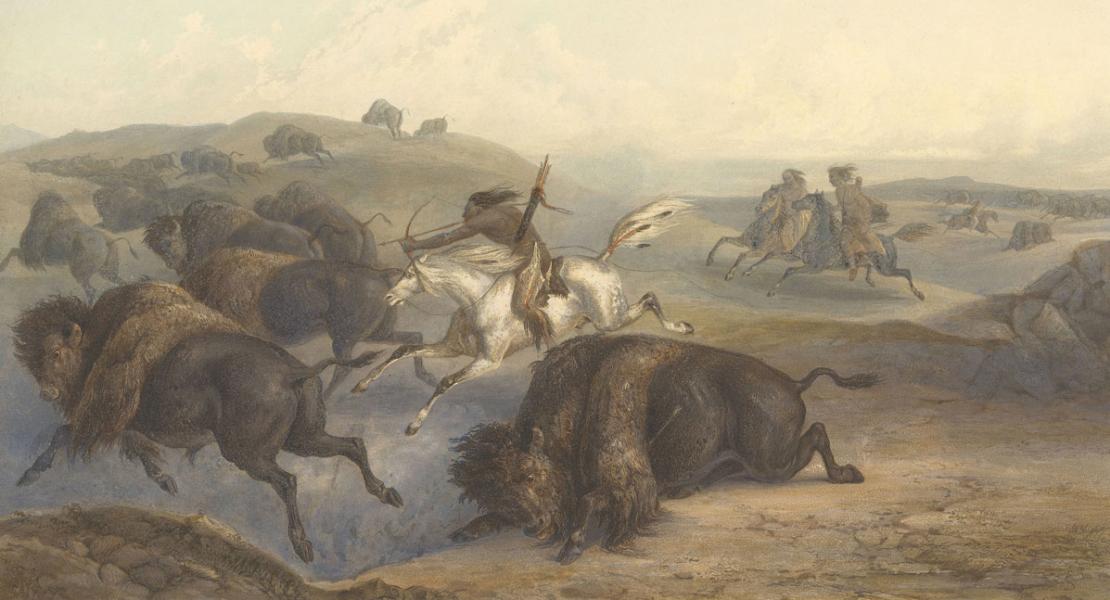 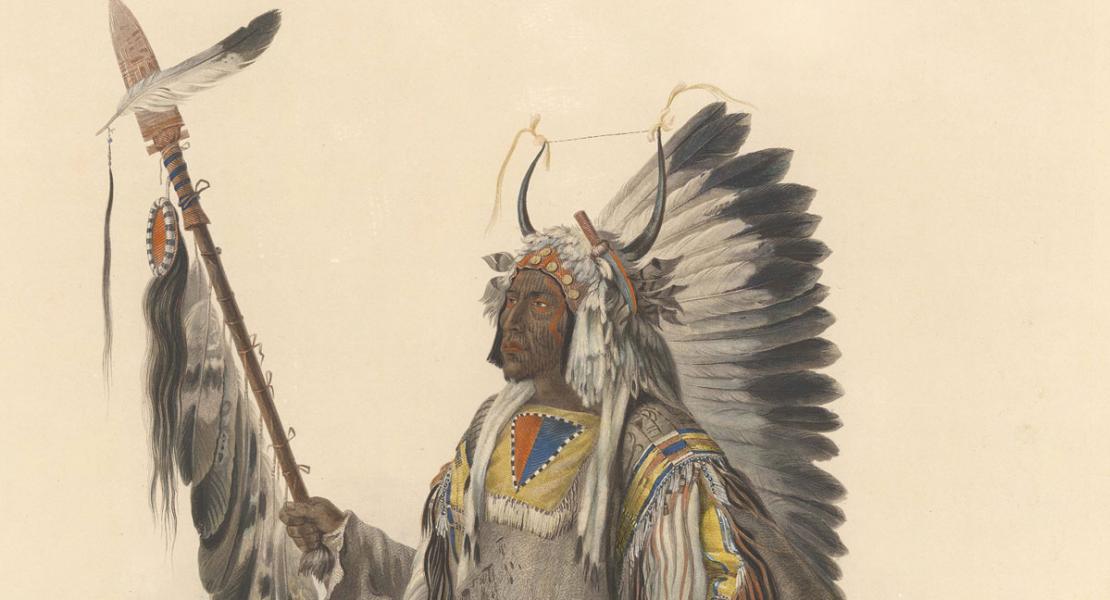 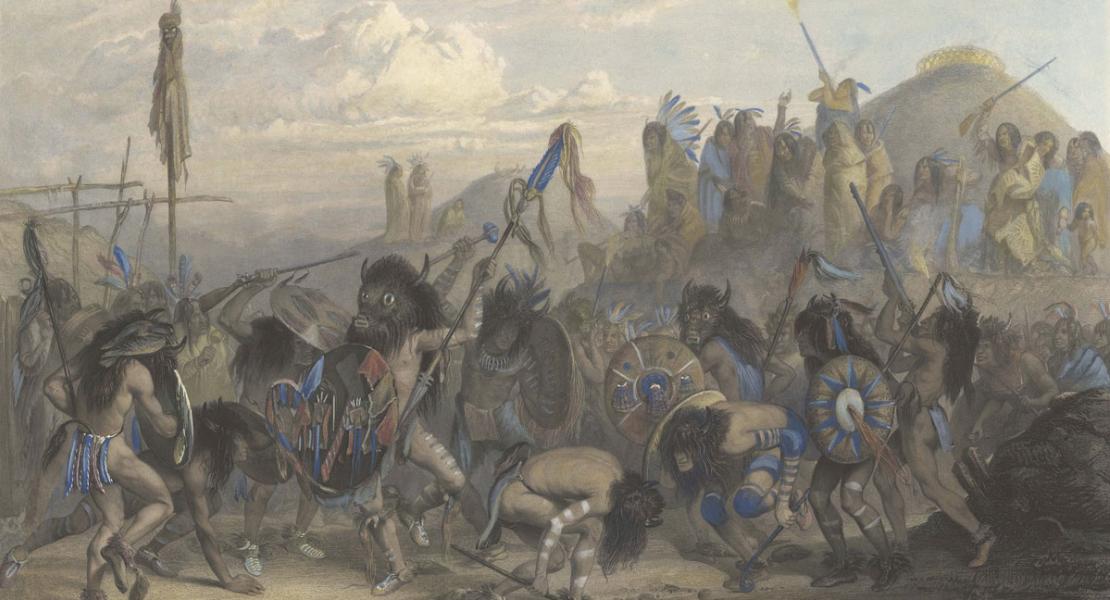 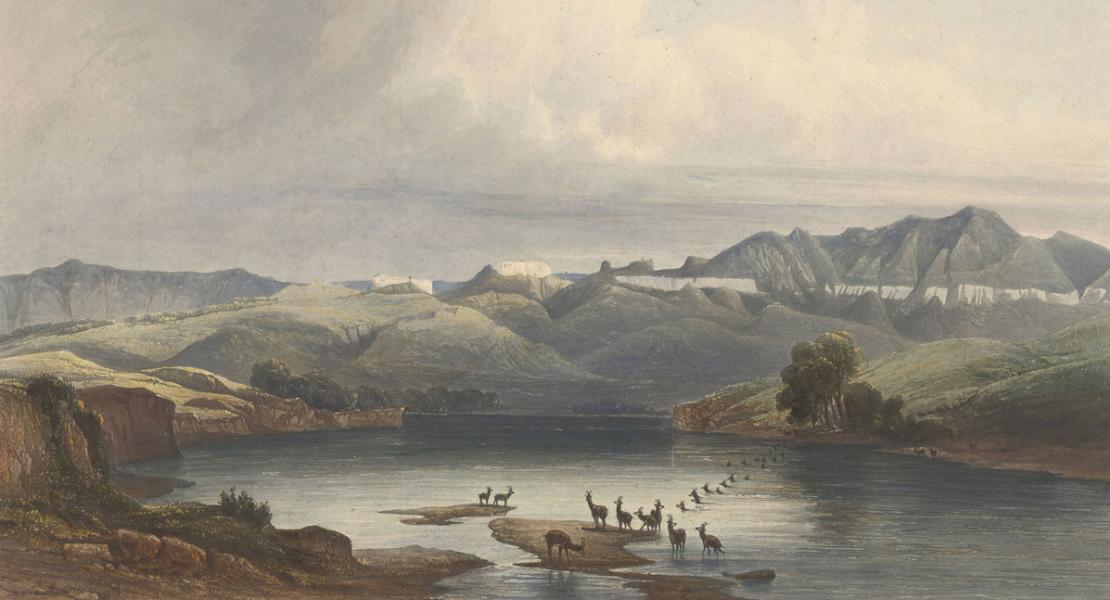 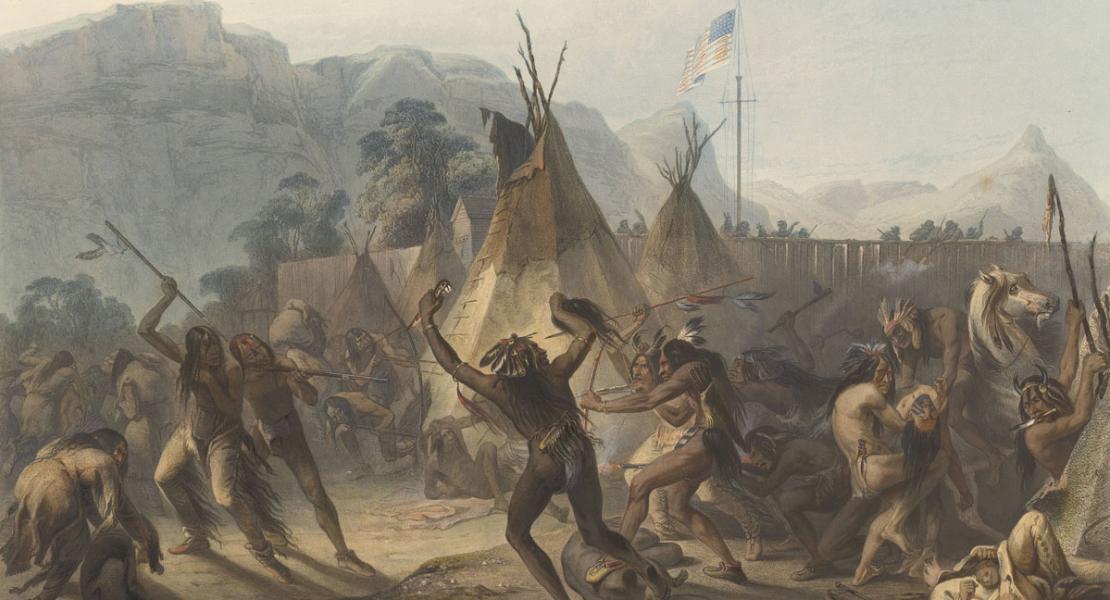 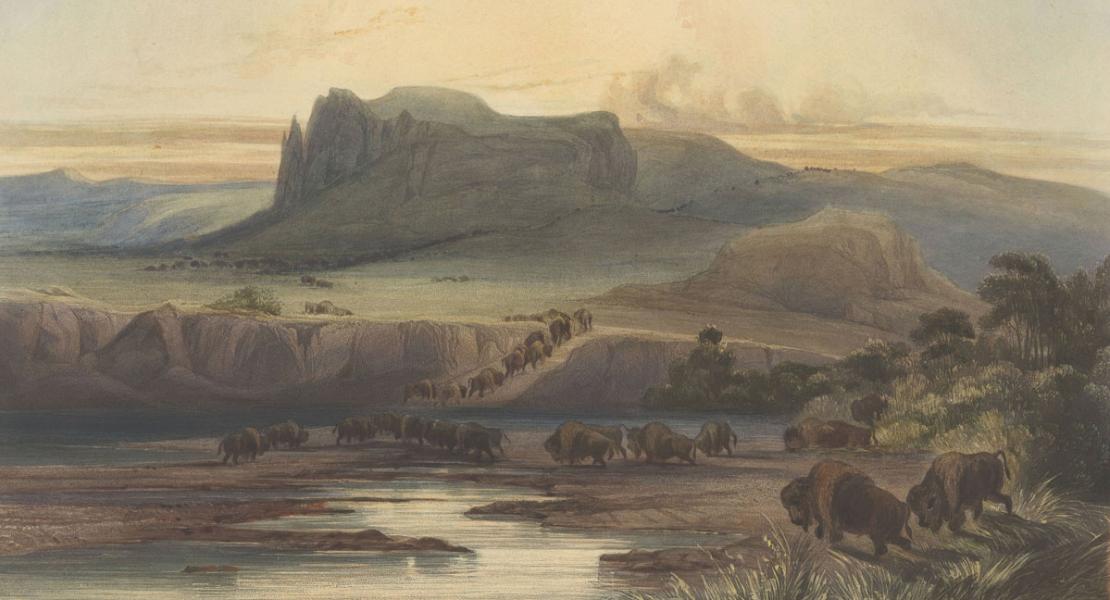 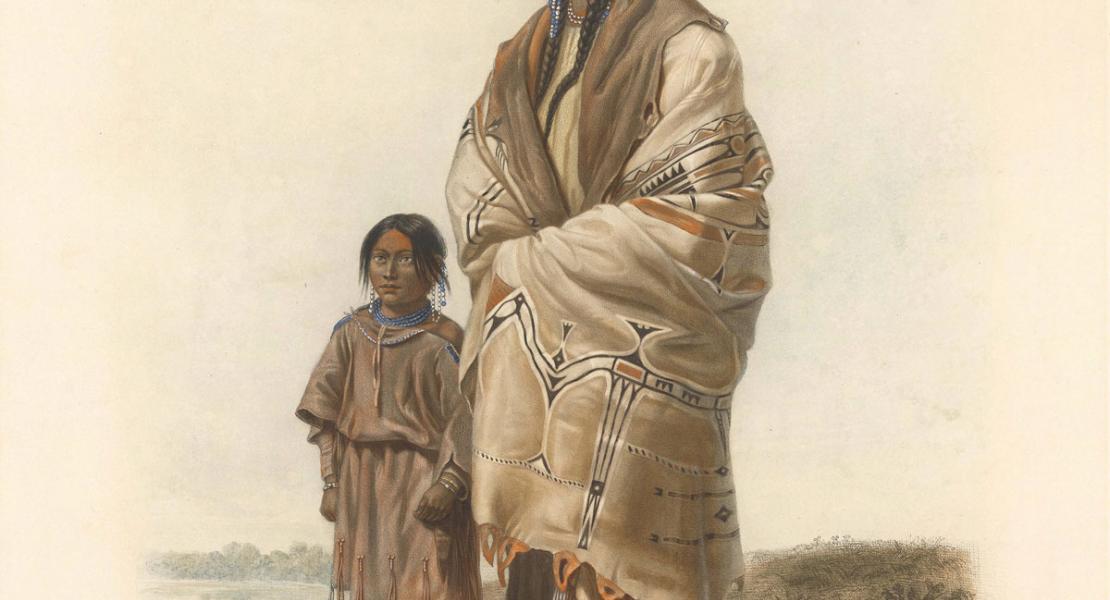 Among the early artists to explore the trans-Mississippi River frontier, Karl Bodmer’s stay in St. Louis was perhaps the briefest. Yet his extraordinary frontier images produced during a scientific expedition across North America from 1832 to 1834 are some of the most artistically accomplished images of western North America from the early nineteenth century.

The son of a cotton manufacturer, Karl Bodmer was born in Zurich, Switzerland, on February 2, 1809. At thirteen years of age his family apprenticed him to study art with his uncle, Johann Jacob Meier, from whom he learned drawing and painting. In 1828 Bodmer settled in the German city Koblenz and became well known for his engraved portfolios of picturesque views of the scenic Rhineland. In 1832 his popular prints attracted the attention of Prince Alexander Philipp Maximilian of Wied-Neuwied, a wealthy scientist and naturalist. Maximilian had explored South America in 1815 following the scientific theories of Alexander von Humboldt in search of the origins of humanity. Criticized for his own drawings of that expedition, Maximilian hired Bodmer to accompany him on his journey to North America to continue his study of “primitive” cultures.

Maximilian’s party arrived in Boston in July 1832 to begin their expedition across North America. On his journey to the West, Maximilian stopped to study the human and natural history at the Peale Museum in Philadelphia, Charles Bird King’s Indian Gallery in Washington, DC, and with Charles Lesseur’s scientific community in New Harmony, Indiana. In March 1833, Maximilian’s group arrived in St. Louis, where they prepared for the long journey into the West by gathering stores and studying maps under the guidance of the famed explorer William Clark. While in St. Louis, Maximilian and Bodmer examined some of George C. Catlin’s paintings in a local collection, and it is speculated that they may have visited Peter Rindisbacher (1806–1834) before his premature death.

The expedition departed St. Louis in April for a yearlong journey up the Missouri River to the most distant Euro-American outpost, Fort Mackenzie, in present-day Montana. Bodmer’s extensive body of sketches and watercolors portray the daily encounters of the expedition party and the prince’s interest in “primitive” societies, botanical specimens, and geology. Among the important images from the journey that Bodmer preserved were depictions of the Mandan nation and its chief, Mato-Tope. Bodmer recorded Mandan culture (including the spectacular ritual presented in his work Bison Dance) in painstaking detail prior to its almost total extermination by a smallpox epidemic in 1837.

Bodmer’s watercolors of the upper Missouri River are among the earliest visual records of the distinctive geological formations that Maximilian coined the “white castle.” In his journals the prince described the remarkable sandstone cliffs as “the most strange forms . . . you may imagine that you see colonnades . . . little towers, pulpits, organs with their pipes, old ruins, fortresses, castles, churches with pointed towers.” While camped at Fort Mackenzie, Bodmer witnessed a frightening attack of Assiniboine and Cree men upon a group of encamped Blackfeet outside the fort, which he depicted in the dramatic print Fort Mackenzie, August 28th, 1833.

After spending a bitterly cold winter at Fort Clark in what is now North Dakota, Maximilian’s expedition returned to St. Louis in the spring of 1834 and departed for Europe in August. In Germany, Maximilian published the text of his journals in 1836, with plans for an illustrated volume to follow. In 1836, Bodmer moved to Paris to exhibit his gallery of Native American paintings and to promote the forthcoming volume. Beginning in 1839, the German edition of Maximilian’s Travels in the Interior of North America appeared, with prints after Bodmer’s sketches. Subsequent editions were published in French and English. Despite the tremendous investment by Maximilian, Travels was a commercial failure and nearly bankrupted the prince. Perhaps because of the commercial failure of the volumes on North America, Bodmer declined the prince’s invitation to accompany him on an expedition to Egypt in 1846.

While in Paris promoting his gallery of Native American paintings, Bodmer became interested in contemporary French art. In 1849 he moved to Paris to study painting and joined French artists Jean-François Millet (1814–1875) and Charles Emile Jacque (1813–1894) at the artists’ colony in nearby Barbizon. Under the influence of the Barbizon artists, Bodmer began to paint rural landscapes and animal pictures. In 1850 he won second prize at the annual Paris Salon. He went on to work in this style for the next three decades, earning considerable distinction as a painter and engraver, and receiving the Légion d’honneur in 1876.

Bodmer’s only other venture in North American subjects was a commission in 1851 from an American publisher for a portfolio, Annals of the United States Illustrated, including two images of the capture and rescue of Daniel Boone’s daughter. Because he was overbooked for commissions, Bodmer recruited his new friend and colleague Millet to assist by painting the landscapes. The publisher angrily canceled the commission when he discovered that Bodmer was not producing the images, and only four of these rare prints were pulled.

Bodmer withdrew from active participation in the Barbizon community in the 1860s. In 1884 his declining health forced him to sell his home in Barbizon and move to Paris, where he died an unknown man on October 30, 1893. In North America his legacy rests in a single but extraordinary body of images of the trans-Mississippi frontier that preserves in exacting detail and with delicate beauty the Plains landscape and native culture.