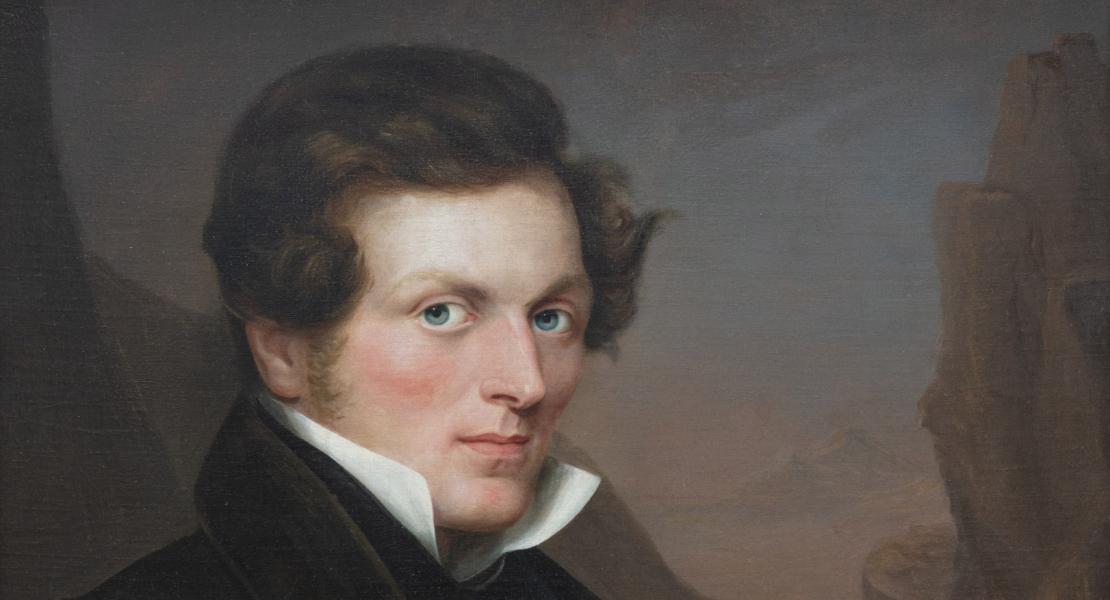 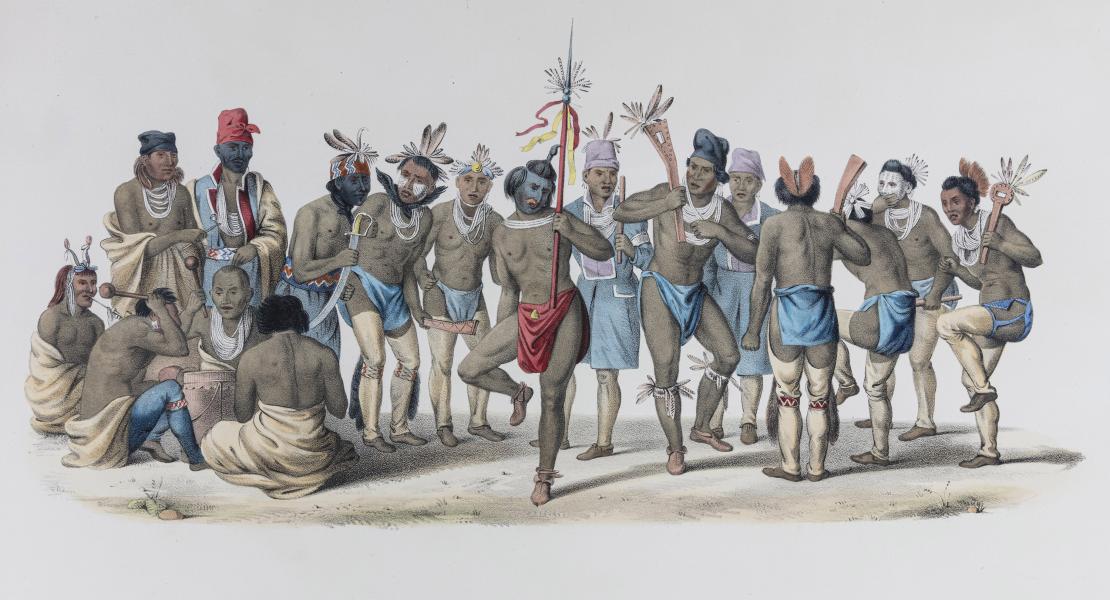 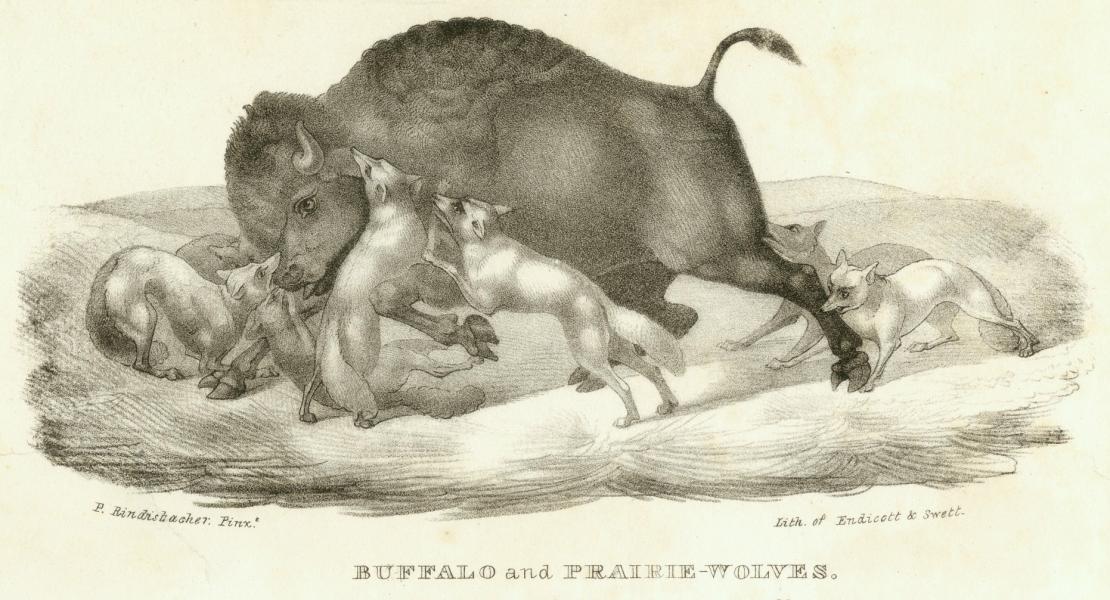 Peter Rindisbacher’s paintings and watercolors are among the earliest images of the indigenous peoples and the frontier in western Canada and the United States. Unlike his successors, the artist-explorers Karl Bodmer and George C. Catlin, Rindisbacher did not come to the West to explore and record the frontier only to leave it. As a young boy he immigrated to Canada with his family from Switzerland and illustrated his experiences as a pioneering European settler on the frontier. In 1829 he moved to St. Louis, where he spent the final five years of his life and experienced the height of his artistic success. Recognized in his youth as “the boy artist,” Rindisbacher, unfortunately, would not outlive his appellation, dying at twenty-eight years of age.

The Rindisbacher family origins were in the valley of the Emme River in the Canton of Berne, Switzerland, where Peter Rindisbacher was born on April 12, 1806. He demonstrated a prodigious interest in drawing as a boy, prompting his family to send him on an Alpine sketching tour with the Bernese miniature painter Jacob S. Weibel. This experience may have provided the young artist with his only formal instruction.

In 1821 the Rindisbachers joined a group of Swiss immigrants settling in the Hudson Bay Company’s Red River Colony in western Canada. Arriving in the fall of 1821, they found depleted stores and faced severely cold weather and starvation during their first Canadian winter. Rindisbacher earned extra money for his family by selling his drawings and watercolors of the colony, its inhabitants, and the surrounding Native Americans. With his pictures he earned the respect of the other settlers and the officers in nearby Fort Garry. Captain Andrew Bulger, governor of the colony, commissioned Rindisbacher to illustrate various scenes of life in the Red River Colony and became the artist’s first patron. After Bulger’s departure in 1823, subsequent governors and officers engaged “the boy artist” to record life in this remote colony, nurturing a connection to the military that Rindisbacher cultivated throughout his career. The original watercolors that he produced on-site provided him with the source material for the many copies that he made to order.

The Hudson Bay Company had misrepresented the climate and conditions when they recruited the Swiss settlers to emigrate to the Red River Colony. After successive years of poor crop yields, harsh winters, and spring floods, members of the group began to move south to St. Louis and what is now Illinois. In 1826 the Rindisbacher family finally abandoned the ill-fated Red River Colony and moved to a lead mining colony at Gratiot’s Grove in northwestern Illinois, established by previous Swiss settlers on their exodus from the Red River Colony. They came to the United States despite the threat of Native attack, most notably the David Tully family massacre of 1823 that Peter Rindisbacher illustrated in one of his best-known paintings.

At Gratiot’s Grove, Rindisbacher immediately established contact with nearby US Army officers who provided numerous commissions. In western Canada Rindisbacher had encountered the Chippewa, Cree, and Assiniboine tribes. The Winnebago, Sauk, and Fox occupied the Illinois Territory. In 1829 he accompanied a government expedition and recorded the negotiations at Prairie du Chien to purchase land rights from the Sauk and the Fox for the rapidly expanding settlements.

By the time of the treaty negotiations in 1829, Rindisbacher had acquired a considerable reputation as an illustrator of western life. Following the treaty he moved to St. Louis, where he set up a studio as a painter of Native Americans and portrait miniatures. Here he experienced his greatest success, with his pictures being printed in a number of popular magazines and books. Beginning in October 1829 with the publication of the unsigned lithograph Sioux Warrior Charging in the American Turf Register, a popular sporting magazine, Rindisbacher’s images of life on the frontier appeared regularly in periodicals and helped to define the American conception of the West. By the early 1830s Rindisbacher’s reputation was firmly established upon his popular frontier images and his portraits. He continued to produce copies of his original watercolors on order and served as an important resource for later artist-explorers such as Bodmer, who may have visited Rindisbacher in March 1833 prior to traveling farther west on his expedition with Prince Maximilian.

In St. Louis, Rindisbacher continued to produce portrait miniatures. His patrons prized the accuracy of his drawing and the realism of his images. Unfortunately, he died from unknown causes on August 12, 1834. Posthumously, his paintings of a Sauk and Fox war dance and a buffalo hunt appeared as the frontispieces to two volumes of Thomas L. McKenney and James Hall’s Indian Tribes of North America (1837).

Shortly after publication of the volumes, western frontier images by Catlin and Bodmer eclipsed Rindisbacher’s work and obscured his accomplishments. Historians did not recognize the significance of his watercolors until the mid-twentieth century, and his works remain rare. Among the group of early frontier painters, Peter Rindisbacher created important early nineteenth-century documents of Canada and the Mississippi River valley and shaped our conception of the West with such images as the interior of a tepee and a buffalo hunt. Although his time in Missouri was short, it was the most productive phase of his career, and he played an important role in establishing St. Louis as an early center for subsequent artist-explorers of the trans-Mississippi West.

Josephy, Alvin M., Jr. The Artist Was a Young Man: The Life and Story of Peter Rindisbacher. Fort Worth, TX: Amon Carter Museum, 1970.