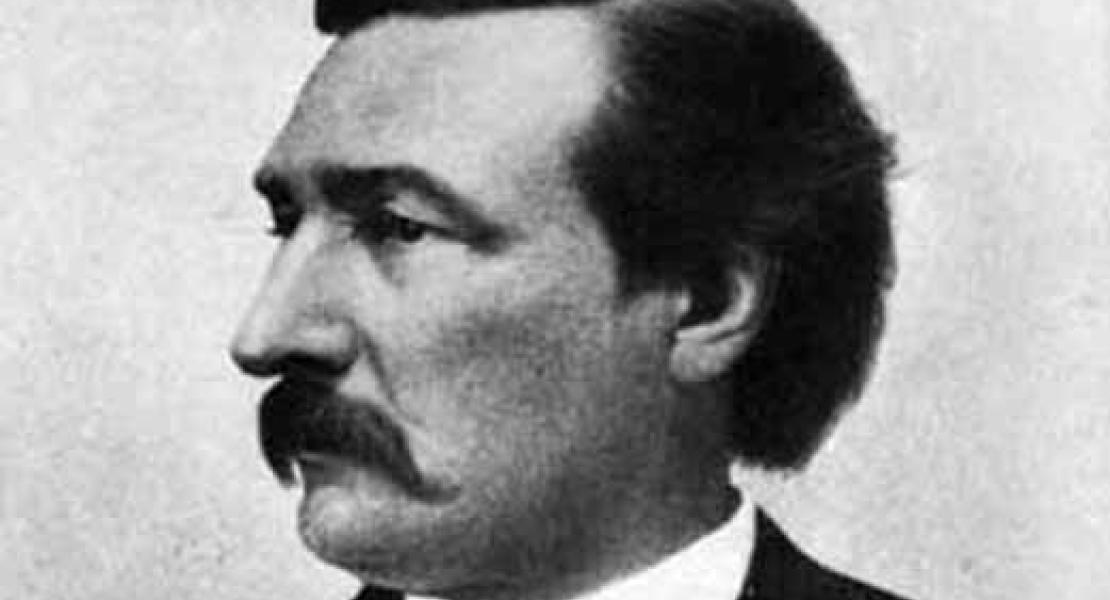 Henry Conrad Brokmeyer, a “mechanic,” self-taught philosopher, and politician, was the founding, if often absent, genius of the St. Louis Movement in philosophy. He was born on August 12, 1826, near Minden, in the Prussian Rhineland. Between episodes of aggressive leadership of the so-called St. Louis Hegelians and periods in which he renounced all human company to better study philosophy, Brokmeyer had an impressive career in Missouri politics, beginning with a term as representative for Warren County in the Missouri House of Representatives from 1862 to 1864 and ending as lieutenant governor from 1877 to 1881. Although Brokmeyer (who sometimes spelled his name “Brockmeyer”) spoke at state and national Democratic conventions and was repeatedly solicited to run for Congress, he retired from public life in 1879 to pass most of his remaining years in the Oklahoma Indian Territory. Even more so than William Torrey Harris, with whom he was closely associated, Brokmeyer saw himself as an apostle of the philosopher G. W. F. Hegel, and in pursuit of philosophical truth he did not hesitate to sacrifice fame, friendship, health, and (it might be argued) sanity.

Brokmeyer’s career was an unlikely one for a man who saw himself primarily as a philosopher. He immigrated to the United States at the age of sixteen and arrived in St. Louis four years later. He was originally employed in the city as a tanner, and he pursued that and other trades in Memphis, Tennessee, and Columbus, Mississippi. Yearning for formal education, the German mechanic studied at Georgetown College in Kentucky and at Brown University, but his tendency to question authority managed to get him expelled from both institutions.

Brokmeyer returned to St. Louis in 1854 to work as an iron molder for the Excelsior Stove Works, and later with Bridge, Beach, and Company. He accumulated sufficient capital to engage in land speculation in and around the city, but after spectacular failure in that business retreated to a cabin in rural Warren County, Missouri. There he immersed himself in the study of philosophy. A compulsion to teach what he had learned brought Brokmeyer back to St. Louis in 1858, where he met Harris and other young enthusiasts of German philosophy.

With the encouragement of his friends Harris, Denton Jacques Snider, and John Gabriel Woerner, Brokmeyer began translating major Hegelian texts into English. He was constantly revising these translations, some of which appeared in abridged installments, beginning in 1867, in the St. Louis–based Journal of Speculative Philosophy. Although Brokmeyer’s rendering of Hegel’s Science of Logic remained unpublished, it was circulated among Harris and other members of the St. Louis Movement. When in 1890 Harris, as the dean of American educationalists and the chief proponent of Hegelianism in the country, published Hegel’s Logic: A Book on the Genesis of the Categories of the Mind, he acknowledged Brokmeyer as his teacher and Brokmeyer’s translation as his first guide to Hegel. To Brokmeyer, philosophy was more than simply a vocation or a tool: it was a way of life. As Harris observed, “[Brokmeyer] could flash into the questions of the day, or even into the question of the moment, the highest insights of philosophy and solve their problems. Even the hunting of wild turkeys or squirrels was the occasion for the use of philosophy. Philosophy came to mean with us, therefore, the most practical of all species of knowledge. We used it to solve all problems connected with school teaching and school management. We studied the ‘dialectic’ of politics and political parties and understood how measures and men might be combined by its light.”

Some sense of Brokmeyer’s “practical” view of philosophy can be gained from his semiautobiographical novel, Mechanic’s Diary, which historian William Goetzmann deems “perhaps the strangest and most interesting of the writings left by the St. Louis Hegelians.”

Brokmeyer was always adamant, and occasionally violent, in the expression of his philosophical and political views. His friends kindly indulged “Brok’s” excesses, while recognizing that his dogmatism failed to help him in organizing his ideas. Brokmeyer’s friend Woerner made him appear as “Professor Rauhenfels” (German for “rock-hard”) in his Civil War novel, The Rebel’s Daughter.

While it is often unfairly argued that Hegelians placed too much trust in established government as the rational reconciler of conflicting social interests (Hegel said that the state was the march of God in the world), in Brokmeyer’s case this was true. In fact, he went through a striking political and philosophical transformation as a result of the Civil War, from a libertarian in the mold of Henry David Thoreau to an upholder of a strong federal government and the executive branch in particular. On January 16, 1864, Brokmeyer stood up before the Missouri House of Representatives to berate his fellow legislators for not giving their full support to federal policies and President Lincoln. He was undoubtedly ahead of his time—or at least ahead of contemporary public opinion—in acknowledging that Lincoln’s authoritarian and even unconstitutional measures were justified in serving the Union cause.

A more flawed opinion, and one that Brokmeyer shared with some of his fellow St. Louis Hegelians, was that St. Louis was destined by virtue of an irresistible confluence of forces to be the greatest of American cities in an American-dominated world. Denton Snider, a historian of the St. Louis movement, testifies to the St. Louis Hegelians’ anxiety in the 1870s and 1880s as they watched Chicago outstrip St. Louis in population and economic importance. More firmly in the grip of the “Great St. Louis Illusion” than the others, Brokmeyer, said Snider, “could on small provocation fall into profane if not obscene anti-Chicago paroxysms.”

Despite, or perhaps because of, such eccentric views, Brokmeyer enjoyed considerable political popularity, which he exploited to lead a useful public life. During the Civil War he joined the Missouri State Militia, raised a regiment, and was promoted to lieutenant colonel. In defiance of the intimidation of the “Secesh” element in Warren County, he was elected state representative in 1862 (as a Union Democrat). He subsequently served as a St. Louis alderman in 1866; in the state senate from 1871 to 1875, where he chaired the judiciary and ways and means committees; and as a delegate to the state constitutional convention in 1875, where he authored restrictions on expenditures to the proportion of state revenues. He was elected lieutenant governor as a Democrat in 1876 and served briefly as acting governor in 1877.

Since few of Henry Brokmeyer’s papers have survived, it is difficult to determine what precisely led him to abandon a promising political career in the late 1870s. Those who knew him well, like Snider and Harris, implied that Brokmeyer tired of politics and despaired of the country’s future once events did not follow his elaborate and ambitious predictions. Like the other St. Louis Hegelians, he was dismayed by the laissez-faire atmosphere of postwar America. Although it is probably not true, as some have claimed, that Brokmeyer moved to Oklahoma Territory to preach Hegel to Native Americans, he clearly preferred the territory’s relative peace to the social strife of Gilded Age America. He died on July 26, 1906.