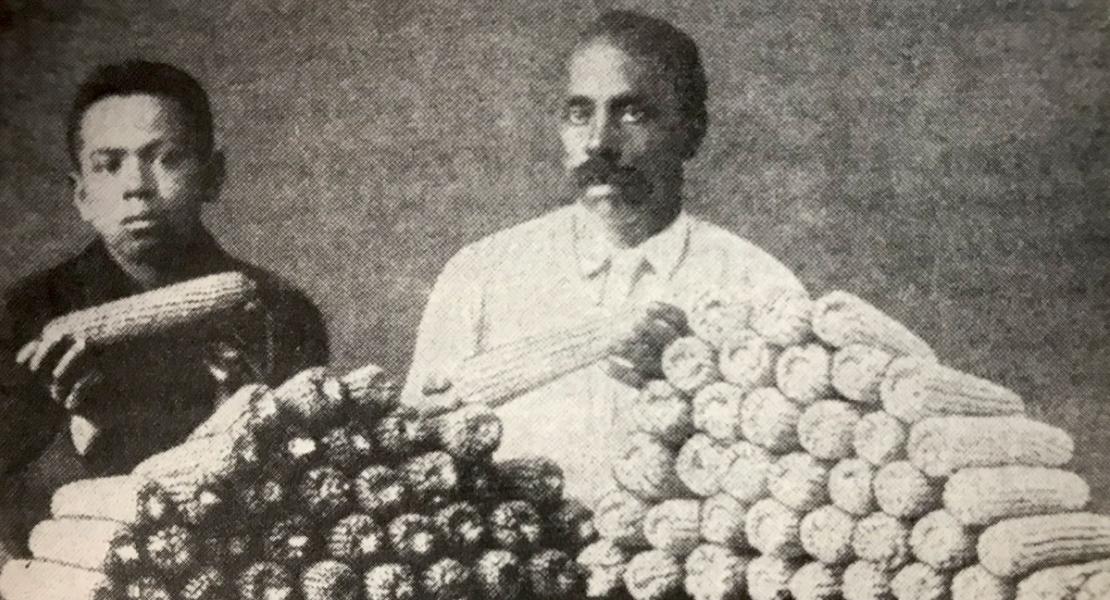 Although his date of birth remains uncertain, Nathaniel C. Bruce was probably born in 1868 on a farm near Danville, Virginia. He attended Halifax County Public Schools while helping his father, a former slave, on the family farm. Bruce left home at the age of fourteen to attend Shaw Normal and Industrial High School in Raleigh, North Carolina, and then Shaw University, where he received a Bachelor of Arts degree, graduating with honors. He continued his education, first at Bates College in Maine, then at Hampton Institute in Virginia, and, finally, at Tuskegee Institute in Alabama, where he received a master’s degree pro merito. Bruce came to Missouri as a principal of a Black high school in St. Joseph; after briefly serving in that position, he set out to establish his own school.

In 1907 Bruce established an agricultural school near Dalton, in Chariton County, Missouri, “to train negro youth ‘back to the land’ and for efficient service in the home and on the farm.” Initially, the school had five students, three boys and two girls, each of whom spent half the day in a classroom and the other half working in the fields. In 1911 Bruce reorganized his school under a board of trustees as the Bartlett Agricultural and Industrial School after substantial contributions from white philanthropists including Mr. and Mrs. Herschel Bartlett, Judge and Mrs. W. K. James, and Mr. and Mrs. Adolphus Busch Sr. enabled him to purchase twelve acres of land and build classrooms and a dormitory.

A former student of Booker T. Washington, Bruce modeled his school after his mentor’s Tuskegee Institute in Alabama, billing it as “the Tuskegee of the Midwest.” While hundreds of thousands of Blacks were leaving the rural South for northern cities, Bruce advocated vocational and agricultural training so that African Americans could achieve economic independence as a means to political and social rights. By 1914 the hard work of Bruce, his staff, and their students began to pay off. In spite of a drought, their entry in a statewide agricultural contest won the Missouri Ruralist first prize for the highest corn yield and finished second nationally in corn production at the Panama-Pacific International Exposition held in San Francisco. “Place Missouri black boys on the Missouri black land, behind the world-famed Missouri mule,” Bruce boasted, “and nothing can beat the combination for raising corn or other crops.” By 1920 more than five hundred students had enrolled in the school since its inception. The teachers’ salaries and the operating expenses during this period came almost exclusively from private donations supplemented by money earned from crops and livestock raised at the school. The Bartlett School also sponsored the annual Missouri-Mid-Western States Negro Farmers’ and Farm Women’s Conference, which sometimes attracted as many as fifteen hundred rural African Americans to its farm and produce exhibits. As president of the organization, Bruce “carried the gospel of better farming” to thousands of rural Missouri Blacks.

From 1918 until 1922 Bruce served as the first chairman of the Missouri Negro Industrial Commission, which Missouri’s governor, Frederick D. Gardner, had initially established to organize Black Missourians, especially farmers, behind the war effort. Commission members, all of whom espoused Washington’s self-help philosophy, traveled the state selling war bonds, encouraging Blacks to plant gardens and conserve food, teaching them better methods of cultivation and crop production, and generally “urging and stimulating [the] race’s old time loyalty, fidelity, and hearty, persistent labor.” From its beginning, the Missouri Negro Industrial Commission offered as one of its primary legislative recommendations the establishment of a state-supported agricultural school for African Americans. Bruce of course hoped that the Bartlett School would become that institution, and for the next several years he and his fellow commissioners lobbied for funding for the school. Finally, in 1923, the Bartlett School was reorganized with a state appropriation as a demonstration farm and agricultural school for Black youths. It was placed under the general control of the University of Missouri’s College of Agriculture and renamed the Dalton Vocational School.

In 1924 Bruce was appointed state inspector of Black schools by the state superintendent of schools, and later that year he left the principalship of the Dalton School to devote more time to his new position. As state inspector, Bruce traveled Missouri championing his program of vocational education. By the mid-1920s, however, his advocacy of such training for black students, to the exclusion of academic training, began to rankle more and more of his fellow African American leaders. In 1926, before the Moberly school board, Bruce proposed that Black youth be trained “to take pride in any work they had to do whether cooking, washing, ironing, scrubbing or driving nails,” rather than “high book learning.” Roy Wilkins, a Kansas City Call columnist and future executive director of the National Association for the Advancement of Colored People, bitterly criticized Bruce’s narrow-mindedness. “We can’t get along without the higher book learning,” Wilkins wrote, “and the man who says so is either playing to a ‘cracker’ ‘hill billy’ gallery for a mess of pottage or else he is woefully ignorant.” Whether as a result of the controversy created by his comments or not, Bruce resigned the inspector position the next year.

After resigning as inspector, Bruce occupied a number of educational and agricultural positions in state and federal government. During 1928 and 1929 he served as temporary US farm agent for the flooded cotton counties of southeast Missouri, and was later appointed director of education for African American inmates in the state’s prison system. He died on June 27, 1942, in Chariton County, Missouri, within a short distance of the institution he had founded. The Kansas City Call mourned his passing: “[He] spent many of his best years at [the Dalton Vocational School] and inspired the lives of many young people.”