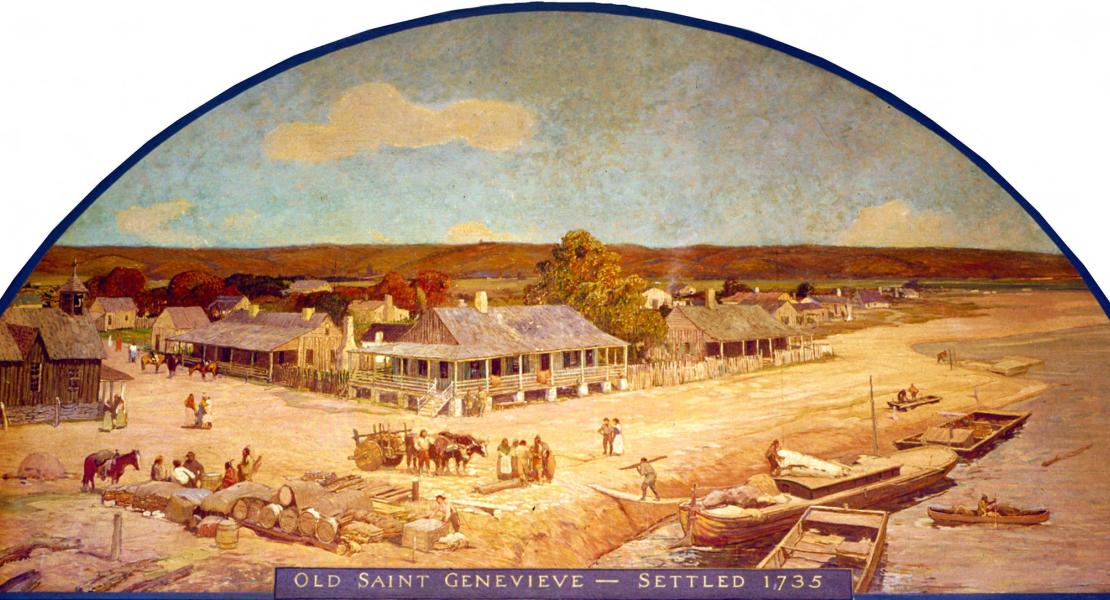 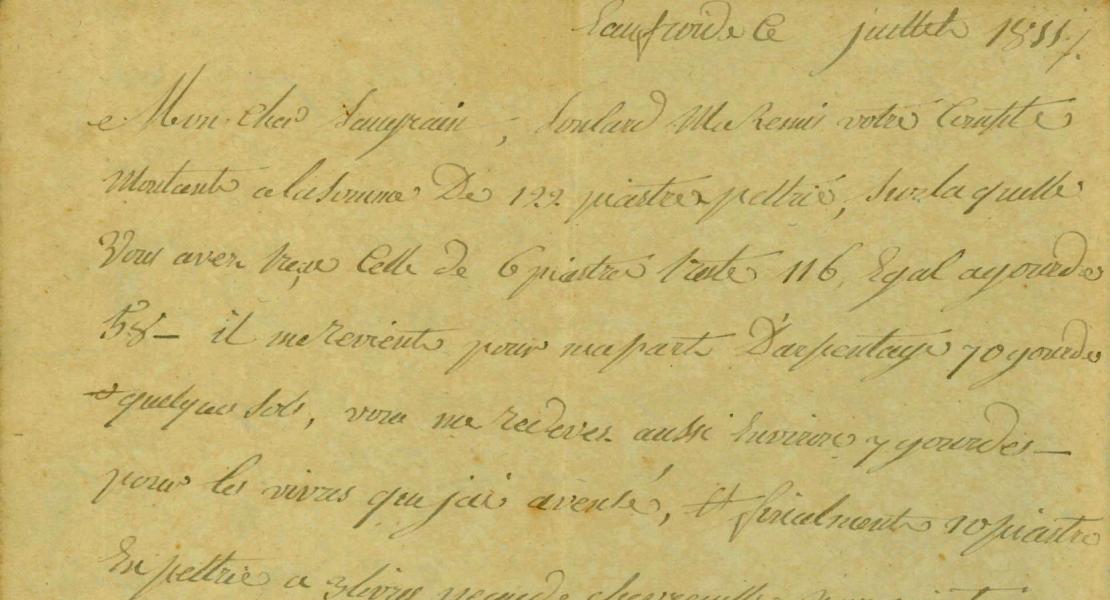 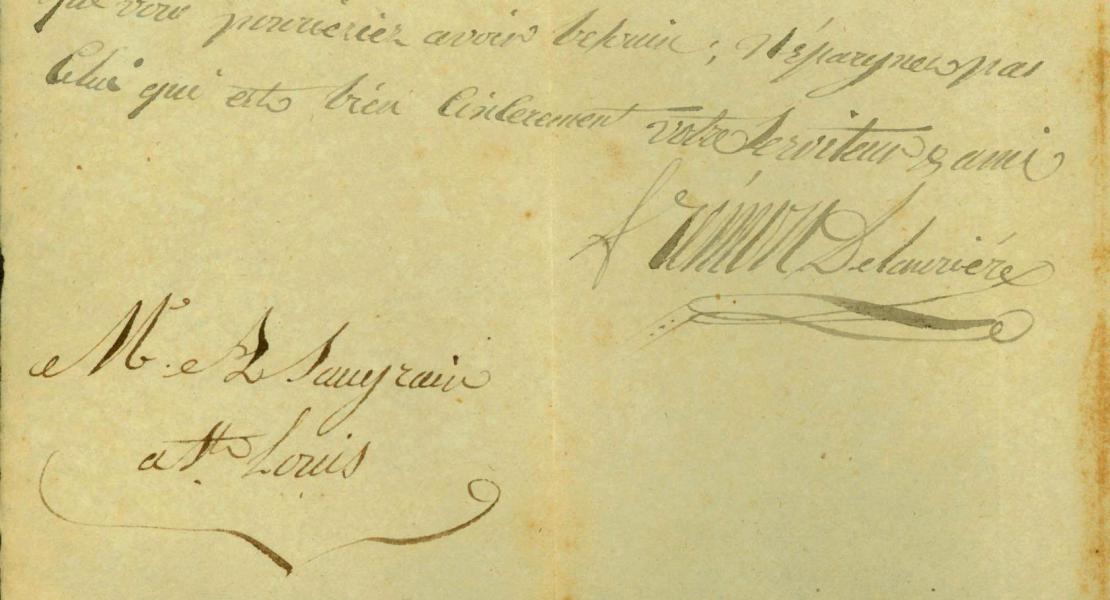 The French Revolution induced many royalists to emigrate to the Louisiana Territory in the late eighteenth century. Augustin Charles Frémon de Laurière made his way in July 1794 to New Bourbon, an immigrant enclave in the North American backcountry. A native of St. Pere Curet, near Nantes in the Breton region, Frémon retained royalist loyalties as well as his status as Lord du Bouffray and des Crois. He had fought in the counterrevolutionary Vendée, but found asylum in Upper Louisiana and quickly adapted to life there. Frémon pledged loyalty to the Spanish crown soon after his arrival and in 1795 commanded a militia unit engaged in an expedition along the Mississippi River.

New Bourbon’s founder, Pierre-Charles Delassus de Luzières, encouraged Frémon to establish a school providing formal instruction in nearby Ste. Genevieve. Frémon submitted an educational plan to Lieutenant Governor Carondelet titled “An Education Program Suitable to the Youth of Illinois,” which received the government’s endorsement. Frémon based his plan on French educational theory, which called for a rational approach adhering to principles of virtue and the liberal arts. He adapted theory, however, to suit the practical needs of his students in Ste. Genevieve. The curriculum was made up of eight components, including instruction in language arts, mathematics, geography, agriculture, Catholicism, deportment, recreation, and art. He conducted his classes in French, relying on motivational strategies rather than firm discipline to maintain order. Students fell within three aptitude levels in each class, received grades monthly, and competed in public examinations every three months. Although highly successful, Frémon’s school lasted only two years. District residents contributed books and materials, but without government funding the project came to an end in 1798.

Charles Frémon remained in Ste. Genevieve for the next few years before moving farther west. After the school closed, he served as the town’s greffier, or notary, functioning as an official witness and legal administrator for the commandant. He drafted wills, deeds, and contracts; conducted inventories; held public sales; and settled estates in this capacity. He received a grant of ten thousand arpents near the Prairie à Rondo in 1797, but made few improvements to the property.

Frémon married Josephine Celest Chauvet Dubreuil in St. Louis on May 21, 1799. They joined Louis Labeaume a year later in an entrepreneurial venture to produce salt. The two families established a large saltworks with four or five furnaces along La Saline Ensanglantee, located one day’s travel west of St. Louis on the frontier of Spanish Louisiana. In March 1801 Frémon asked Lieutenant Governor Charles de Hault Delassus for a grant of ten thousand arpents at this location and provided a sample of his product to demonstrate his skills. Delassus approved the grant, extolling the quality of Frémon’s salt over all others. Frémon formally ended his residence in the Ste. Genevieve district, sold his land, and moved to the frontier. The salt operation was beset, however, with problems: Native Americans attacked settlements on the fringe of the backcountry, its location far from markets made distribution difficult, the partners repeatedly lost cargo in the Saline and Mississippi Rivers, and the high salt tax restricted profits. Despite the high quality and large quantity of its product, the business failed by 1805.

Frémon de Laurière then adopted a third profession, that of deputy surveyor for the St. Charles District of Upper Louisiana. Documentation shows that he worked in this capacity through 1806, but thereafter he disappears from the written record until 1833. He testified in that year regarding Spanish civil procedures for granting, surveying, and recording land concessions in the territory. Even though his own concession on La Saline Ensanglantee had been surveyed and recorded, US legislation in 1807 disallowed any prior grant that included a salt spring or mine. This was remedied by 1832, however, when a more liberal law approved the original claims. Frémon’s grant received final certification in 1836, but little is known about his life at that point. The date and place of his death are unknown.

Augustin Charles Frémon de Laurière found asylum in Upper Louisiana and expressed his gratitude through his service to the community. He served as an educator, notary, entrepreneur, and surveyor during his time in North America. His most important contribution, however, was the establishment of arguably the finest school in Ste. Genevieve for two brief years in the late eighteenth century. Its curriculum stressed adaptability, which Frémon demonstrated in his own life. Although brief in tenure, his educational program provided a cultural foundation for liberal arts and practical craft on the Missouri frontier.