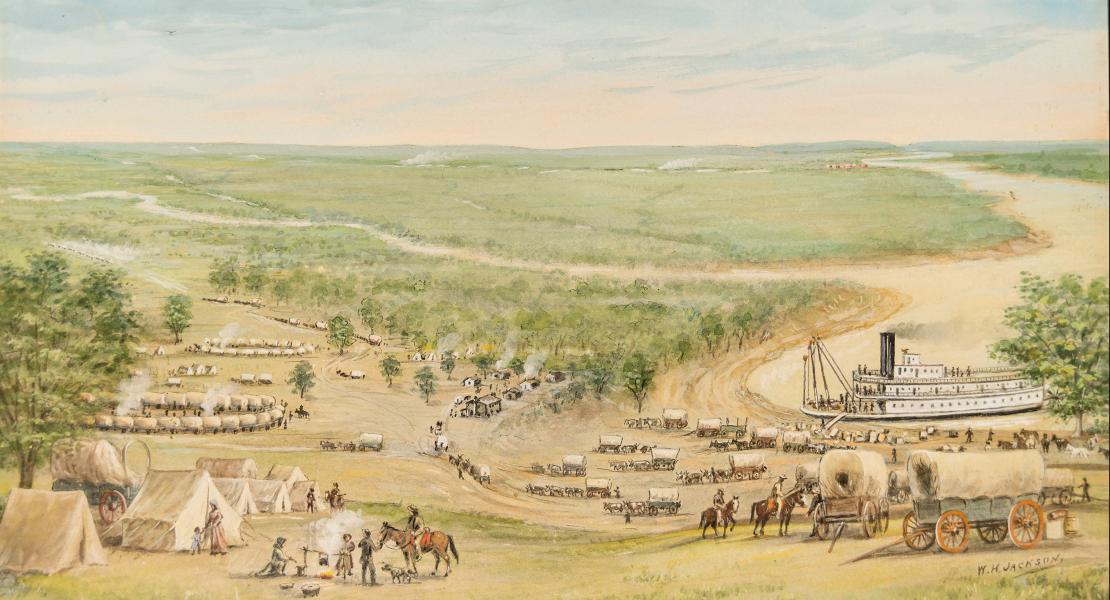 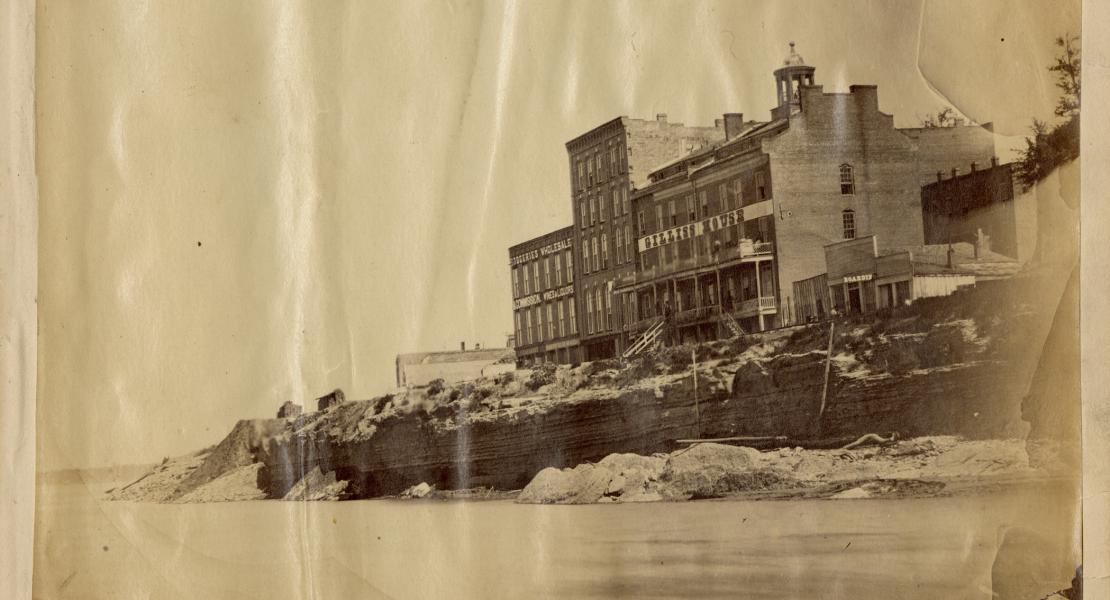 Later in life William Gilliss would be a successful trader, real estate speculator, and businessman, and one of Kansas City’s founding fathers, but in 1802 he was simply a fourteen-year-old Baltimore runaway headed out to sea. Aboard ship he gained a reputation for physical strength and carpentry skills and acquired a rudimentary education in reading and writing. Gilliss, who was born in Maryland in 1788, left the sea in 1806 at New Orleans and traveled to Cincinnati, where he began business as a carpenter and builder with some assistance from William Henry Harrison, who befriended him. During the War of 1812, Gilliss enlisted and served under Harrison’s command.

After the war Gilliss moved to the frontier Illinois town of Kaskaskia, where he soon became a prominent citizen. There he speculated in land, built the hotel where the first Illinois legislature met in 1818, and engaged in trade with the Native Americans moving westward. More important, given his ensuing career, a group of Delawares adopted him into their tribe in 1819.

By 1820 Gilliss had merchant friends across the Mississippi River in Ste. Genevieve and St. Louis, as well as in Kaskaskia, and subsequently became an agent of the trading company Menard and Valle. The lucrative mobile trading markets lured Gilliss, on their behalf, into following the tribes into the Ozarks interior, where Native Americans settled prior to political decisions that organized the Kansas reservations. His usual customers were the Delawares, but he traded with the Shawnee, the Peoria, the Piankashaw, the Weas, the Creek, and the Kickapoo as well.

By 1822 the Delaware nation of some twenty-five hundred had congregated on James River (now in Christian County, Missouri) where Gilliss built his largest trading emporium. He had another at the mouth of Swan Creek (now in Taney County, Missouri) and several rendezvous points across the Ozarks where he marketed manufactured goods for shares of federal annuity payments furnished to the tribes in treaty arrangements. The gathering of Native Americans at Delaware Town on the James River represented the largest concentration of population in southwest Missouri until Civil War Springfield. The James River post at the western end of the Ste. Genevieve–based trade network caused the development of a “great interior highway,” which would one day become Route 66 and, still later, Interstate 44, running from southwest Missouri toward St. Louis.

In the early 1830s Gilliss moved to Jackson County, where he multiplied his fortune in the Kansas Native American reservation trade and in real estate investments. The first of these investments was made in Westport, but in 1838 he joined a new company, which founded a new town they named Kansas. This promotion proved successful, and Gilliss successfully sold a great number of lots in the 1840s. In 1849–1850 he and Benoist Troost built Kansas City’s “first real hotel,” the Gilliss House. The famous stopover greeted city guests and thousands of travelers headed west. By 1857 the hotel had registered twenty-seven thousand guests; it would continue as the center of Kansas City’s social life until the end of the Civil War. In 1854 Gilliss aided in the establishment of the town’s first permanent newspaper, the Kansas City Enterprise, later the Journal.

Three years later he helped incorporate the chamber of commerce, and two years after that he became a director in a branch bank of the Mechanics’ Bank of St. Louis. In 1867 he drove the last spike in the rail of the Cameron Railroad. William Gilliss died on July 18, 1869, but his name is kept current in Kansas City at the Gilliss Orphan’s Home, which he founded.

Much of our knowledge about Gilliss’s career comes from his extraordinary probate case, litigated from 1869 to 1872, that eventually landed in the Missouri Supreme Court. The case began when two of his Piankashaw grandsons sued his half-million-dollar estate. The verdict of the case depended on whether Gilliss and his Native wife, Kahketoqua (the boys’ grandmother), were legally married. The court heard testimony from Native Americans and traders who had lived across the Ozarks, had known Gilliss, and had lived among the Native tribes, and it included details of Gilliss’s family life and about Native American consorts who played important political roles in Gilliss’s successful economic fortunes.

Kahketoqua, the daughter of a Piankashaw chief, was much sought by the traders. Gilliss bested them and lived with his bride at the James River trading post. Witnesses in the lawsuit testified to the courtesies and congenial treatment that Gilliss accorded Kahketoqua. Together they had a daughter, Nancy. In the years to come, Gilliss sent clothes to Nancy and kept an open store account for her near her Kansas reservation. On the basis of this evidence, the Piankashaw grandchildren were victorious in court, winning a third of Gilliss’s estate. Upon their success other suits were filed, but apparently none were successful.

Bredehoft, Michael B.  “The Contested Will of William Gillis: Insights into Life in the Early Kansas City Region.”  Kawsmouth 2 (Autumn 1999): 18–35.