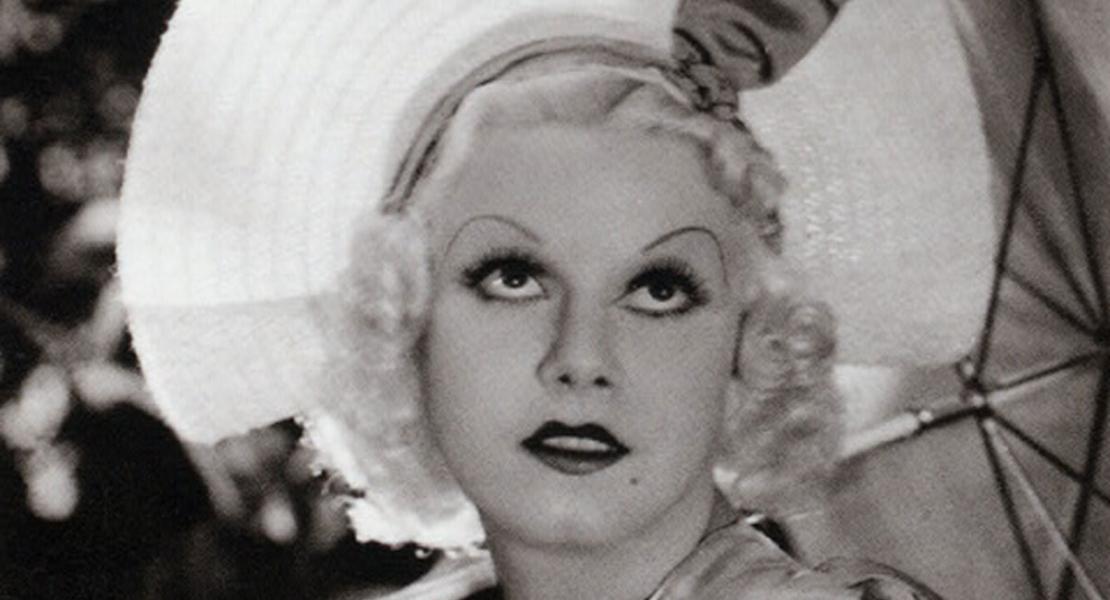 Harlow’s father was born in Joplin, Missouri, and attended dental school in Kansas City. Her maternal grandfather, Samuel D. Harlow, was a real estate agent in Kansas City, Kansas. His wife was Ella Williams Harlow, and their only child was Jean J. Harlow, Harlean’s mother, from whom she took her stage name. Harlow spent at least some of her childhood years with her grandparents. When she was five, she entered Miss Barstow’s School.

After her parents divorced in 1921, Harlow and her mother left Kansas City for Los Angeles. She eloped at sixteen with a young banker, Charles F. McGrew II, and the young couple lived in a Spanish bungalow in Beverly Hills. However, the young bride yearned for a career in films, which her husband opposed.

Harlean Carpenter eventually registered with Central Casting as Jean Harlow and made a brief appearance in a movie with star Lois Moran. When her grandfather joined her husband in opposition to her film career, she stopped her acting efforts. Shortly thereafter, she separated from her husband and was reported to have been awarded a sizable settlement, which she later claimed was never accepted.

Instead, Harlow worked as a fifteen-dollar-a-day film extra. The eccentric millionaire Howard Hughes then cast her to play the lead in a movie about aviation, Hell’s Angels, in 1930. That film and a skillful press agent, who labeled her “the Platinum Blonde,” started her on a seven-year career in which she earned as much as four thousand dollars per week. Other roles followed quickly in movies that included The Public Enemy (with James Cagney), Red Dust, Iron Man, The Secret Six, Hold Your Man, Bombshell, and Dinner at Eight.

In 1932 Harlow entered into an improbable second marriage with German-born Metro-Goldwyn-Mayer executive Paul Bern, who was twenty years her senior. The marriage concluded tragically two months after their marriage, when Bern was found shot to death under mysterious circumstances. Months later the death was ruled a suicide. In September 1933 Harlow married a cameraman, Harold Rosson, but the union ended in divorce in 1934.

Harlow began filming Saratoga in 1937 with Clark Gable, but near the picture’s completion she developed a mysterious malady. Not wanting to delay production, she continued to work until the pain became too severe. After one week in Good Samaritan Hospital, she died of uremic poisoning on June 7, 1937, at the age of twenty-six. Her funeral was pure Hollywood lore, with only 250 people allowed to attend the services in Wee Kirk o’ the Heather. Thousands looked on from a distance, and the lawn was carpeted with flowers. She was buried in Forest Lawn Memorial Park Cemetery.

The final years of Harlow’s life were satisfying both professionally and personally. She signed a lucrative contract with Metro-Goldwyn-Mayer and was engaged to actor William Powell, another actor with Kansas City roots, at the time of her death.

In her short career Jean Harlow, the world’s first “Blonde Bombshell” with “platinum” hair, embodied all-American sex. Great Depression audiences adored her roles as the wisecracking tart in films such as Red Dust and Dinner at Eight. Offscreen, Harlow was the prototypical troubled sex goddess. Her legendary life and career still evoke curiosity. As she once said, “No matter what I do, I always end up on page one.”