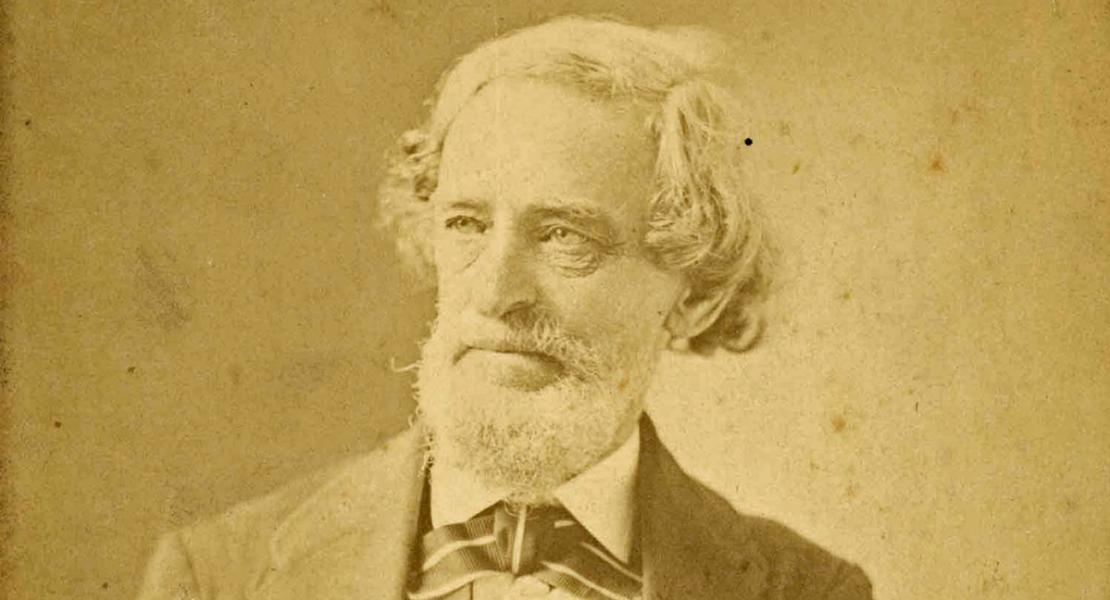 Christian Hawken, a respected gunsmith of Hagerstown, Maryland, taught his six sons and several grandsons the craft of rifle making. The eldest son, Jacob (born in 1786), completed his apprenticeship and ventured west to establish his own business in 1807. By 1815 he had opened a gun shop in St. Louis. Jacob’s brother Samuel (born on October 26, 1792) served in the Maryland militia during the War of 1812, moved to Ohio after the war, and finally joined Jacob in St. Louis in 1822. Their partnership flourished.

Although J & S Hawken offered a complete line of firearms for the local trade, the firm became famous for a distinctive rifle developed for westering traders, explorers, and hunters. The Hawken Rocky Mountain Rifle was compact, sturdy, accurate, and reliable. It was light enough to carry on a long ride, but of heavy enough caliber to bring down a buffalo with one shot.

The brothers outdistanced their competition by employing the latest technology to produce quality weapons. They were among the first western gun makers to adopt the new percussion lock in place of the old flintlock. The Hawkens continually updated equipment and standardized parts and production. By the late 1830s their gun shop had grown into a small factory where they experimented with assembly-line production and marketing techniques usually associated with early twentieth-century American industry. Several workmen from the Hawken shop went on to open gun shops of their own. At least one of these, Christian Hoffman and Tristan Campbell’s shop in St. Louis, apparently operated as a subsidiary of J & S Hawken in the 1840s.

Jacob Hawken died of cholera on May 8, 1849, during the epidemic that struck St. Louis in that year. Samuel Hawken became ill but recovered in time to help St. Louis rebuild after fire devastated the business district that same year. The California gold rush helped the city and the Hawken gun shop back to prosperity, and Samuel continued to operate the business until his health failed in 1859. Hoping a trip west might restore him, he left his son William in charge of the St. Louis shop and joined the mining rush to Colorado. Finding prospects encouraging, he opened a gun shop in Denver in 1860; his son promptly sold the St. Louis business and joined him there.

In 1861 Hawken returned to St. Louis, where he had some property and many friends. “Uncle Sammy” was known throughout the city for his involvement in volunteer fire companies and other civic projects. He died in St. Louis on May 9, 1884. J. P. Gemmer (1838–1919), who had taken over the St. Louis gun shop, continued to trade on the Hawken name until he retired in 1915. Jacob’s son Christopher abandoned gun making after his father’s death, tried his luck in the California gold rush, and then returned to St. Louis and opened a livery stable.

Although the Hawken Rifle has entered western legend as the mountain man’s weapon of choice, trappers of the 1820s and 1830s generally preferred the old-style flintlocks. Renowned for its quality, the Hawken Rifle was also expensive, and its percussion lock and large caliber required a nearby source for caps, powder, and lead. Traders with ready access to such supplies did prefer Hawken Rifles. William Henry Ashley carried a prized custom­-made Hawken, as did Lucien Fontenelle, Andrew Drips, John Sarpy, and other leading figures of the Missouri fur trade. Hawken Rifles were popular among the Santa Fe traders, and frontier scouts, guides, and hunters eagerly acquired them when they could afford them. Jim Bridger in his later years, Kit Carson, and other celebrated figures of the American West popularized the Hawken Rifle.