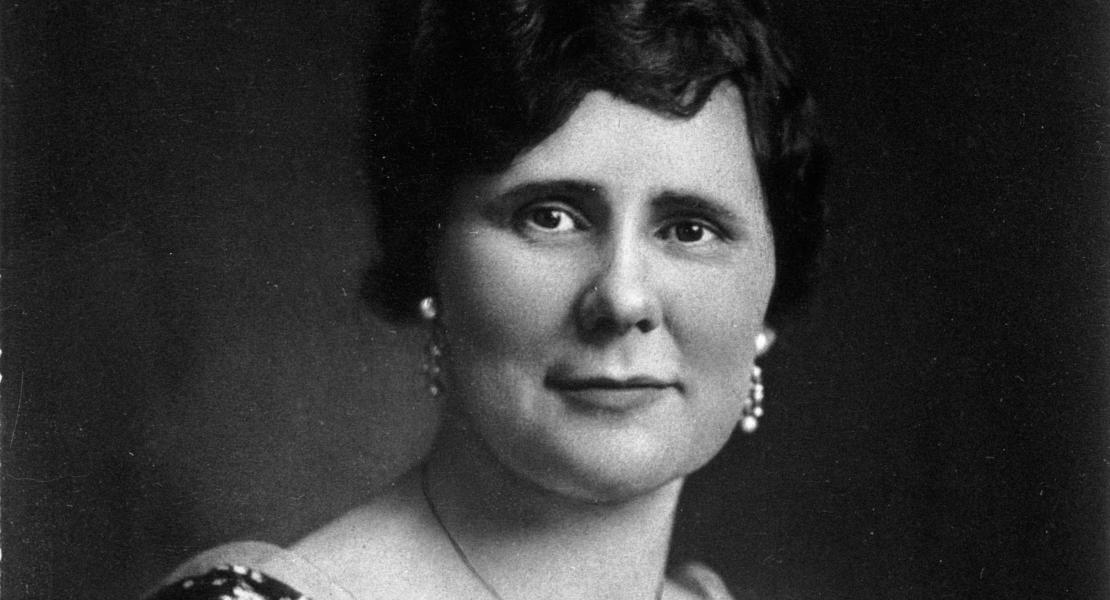 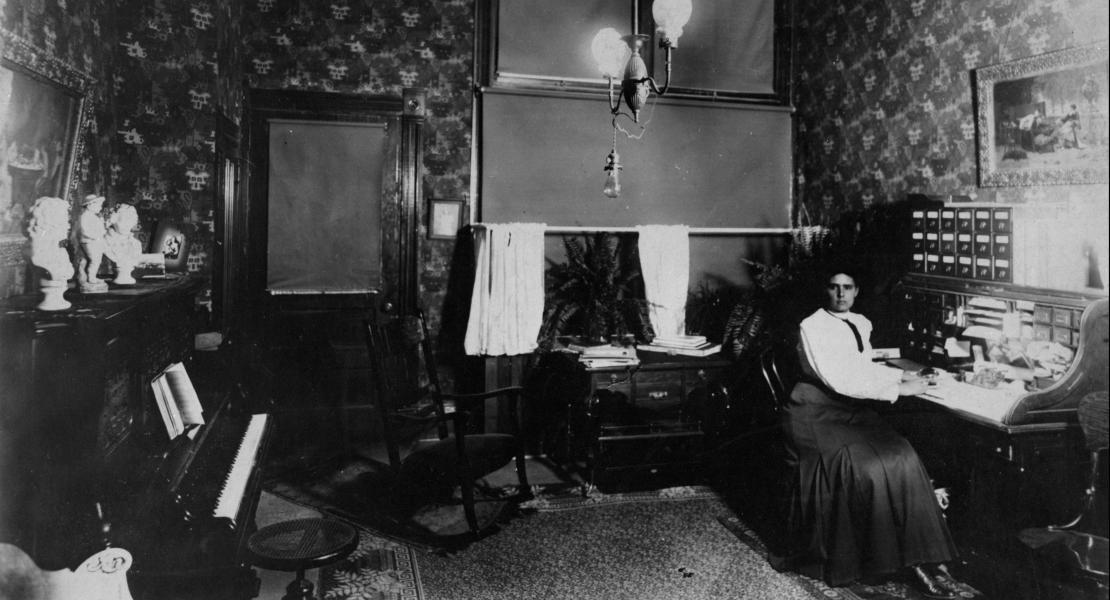 Emma R. Knell, a businesswoman and politician, was born in Moline, Illinois, on October 21, 1877, and moved with her family to southwest Missouri in the early 1880s. She was educated in the Carthage public schools, graduating from high school in 1897. That fall, Knell enrolled in a course in embalming at the National School of Embalming in St. Louis. She graduated the next year. She also studied music under E. R. Kroeger at Forest Park University.

Knell’s father had established the Knell Mortuary soon after the family arrived in Carthage. Emma Knell began handling the business’s finances and correspondence while she was still in high school. Her father, however, wanted her to join the business as an embalmer because he “always entertained the belief that it was a delicate thing to turn the remains of a beloved mother or sister over to a man.” In 1899 Emma Knell became one of the first Missouri women to be licensed as an embalmer.

In 1902 Knell joined her father as a founder of the Knell Fair, later called the Southwest Missouri Fair and, still later, the Ozark District Fair. Knell served as the secretary of the fair from its inception, and in 1911 she also assumed the duties of general manager when her father resigned from that position.

Throughout the first two decades of the twentieth century, Knell worked quietly and efficiently in the family mortuary business, apparently giving little or no thought to politics. Indeed, on more than one occasion she expressed a lack of interest in politics.

During the 1924 primary election, southwest Missouri residents became concerned about the prospect that a tuberculosis hospital at Webb City would be closed because of a lack of state funding. The hospital was of special interest to the many miners and their families of the region. Knell was approached by J. F. Lee, presiding judge of the Jasper County Court and a Democrat, who urged her to run for the state legislature. Knell reacted with surprise and disbelief, telling Lee that she was uninterested in the position and that she was a Republican. Lee and other supporters persisted in their effort to get the well­-known and popular Knell to run for public office, and she finally relented. She conducted a low-key campaign and, in the end, won both the primary and the general elections with ease, thereby becoming the first Republican woman elected to the Missouri General Assembly.

Once in office, Knell introduced a bill that would double the state appropriation allowed for tuberculosis patients confined in state hospitals. Senator A. L. McCawley, a Jasper County Democrat, persuaded the Missouri Senate to increase the appropriation even more. Thanks largely to Knell’s intense lobbying, the Knell­-McCawley Bill was passed by both houses and signed into law by Republican governor Sam Baker after Knell visited him. The Webb City hospital was saved. In addition to her activities in support of the Knell­-McCawley Bill, she also served as chairman of the Children’s Code Committee and as a member of the Appropriations, Official Salaries and Fees, and Roads and Highways Committees.

Knell was elected to the General Assembly again in 1926, but chose not to run in 1928. In 1930 she ran again and won a close race. Among the bills she helped enact during her final term was one that created the Missouri State Highway Patrol. She retired from the legislature after completing her third term in 1932.

After leaving the legislature, Knell returned to the family business. She became president in 1943, after her brother’s death. She was also active in a host of local organizations, including the First Baptist Church, the PEO Sisterhood, and the Pythian Sisters. She served for several years as a director of the Missouri Funeral Directors Association and of the National Funeral Directors Association. Emma Knell died in Carthage on September 19, 1963.