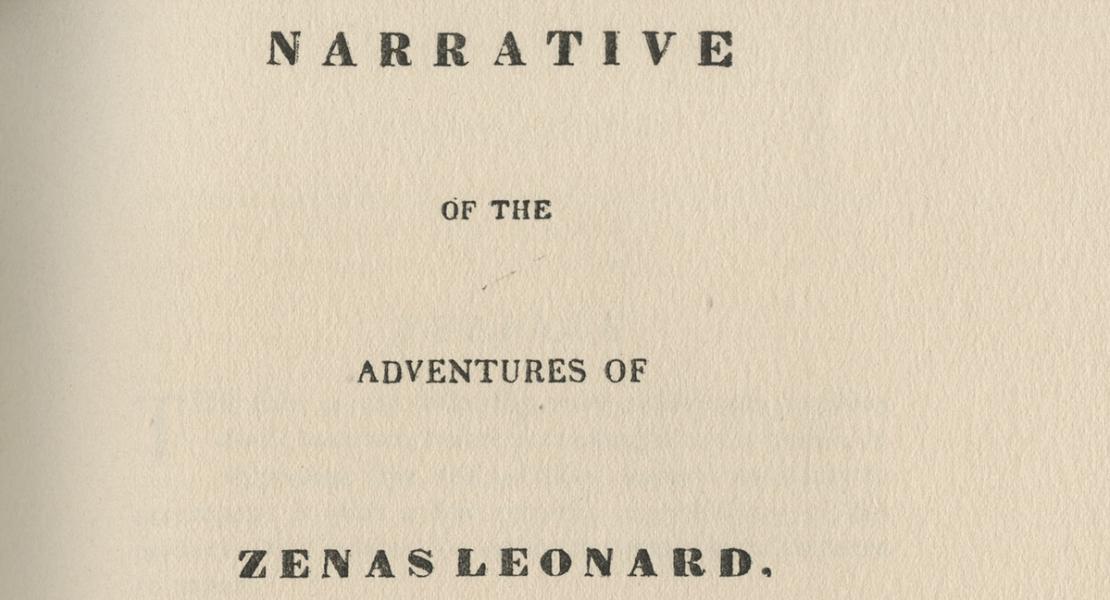 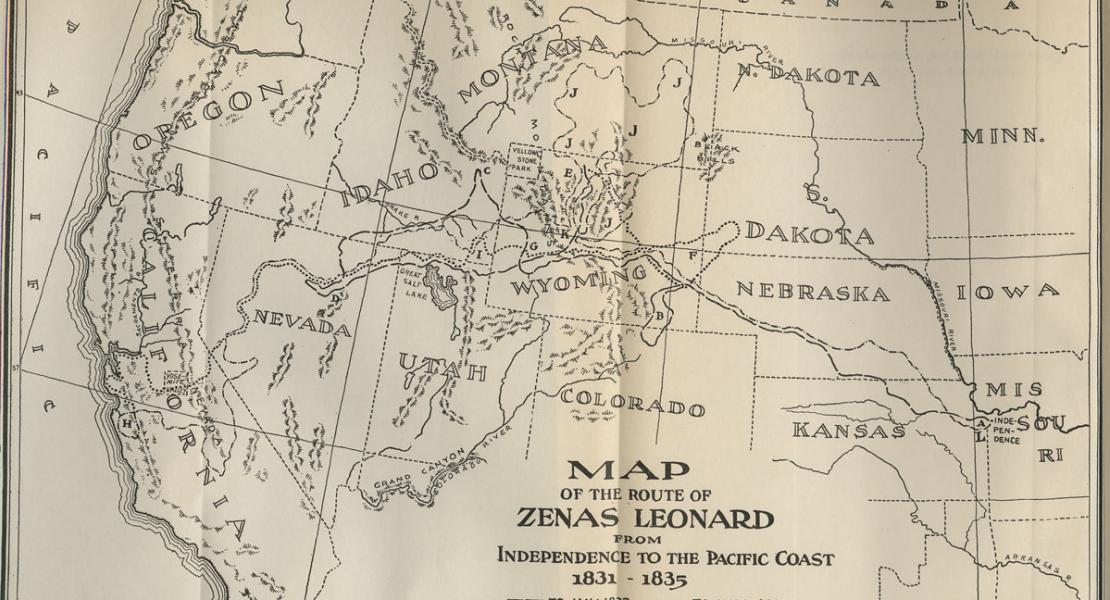 Zenas Leonard, a fur trapper best known as the author of Adventures of a Mountain Man, a classic work in the literature of the Rocky Mountain fur trade, was born in Clearfield County, Pennsylvania, on March 19, 1809. In 1830 he joined a mercantile firm in Pittsburgh as a clerk, but the lure of western adventure drew him to a fur-trapping expedition bound for the Rocky Mountains. The party of seventy men led by Captain John Gant of the short-lived firm of Gant and Blackwell left the Missouri settlements in April 1831. Upon reaching the confluence of the Laramie and Platte Rivers in late August, they divided into trapping parties of fifteen to twenty men for the winter hunt. Leonard’s group soon lost contact with the others, lost their horses to starvation over the winter, and lost most of their pelts and supplies to Indian raiders. Straggling back to the appointed rendezvous in the spring, Leonard and his men learned that their employers were bankrupt and could offer them no assistance. They trapped the next season for Thomas Fitzpatrick of the Rocky Mountain Fur Company, finding high adventure but little monetary gain.

In July 1833 the party signed on with Captain Benjamin Louis Eulalie de Bonneville, who had established a fort on Green River the summer before and was now recruiting men for a second season’s hunt. Bonneville sent a party under Joseph R. Walker to explore the region beyond the Great Salt Lake, search for beaver streams, and scout the activities of Spanish, British, and American rivals there. Leonard accompanied Walker as a clerk, traveled with him to the Pacific Ocean, wintered in the Spanish settlements, and returned with the party to rendezvous with Bonneville in July 1834. He spent one more winter trapping in the Rocky Mountains for Bonneville, then accompanied his employer back east in 1835. While most of his comrades remained in the mountains, in hopes of yet making a little money or simply for the adventure and freedom of the trapper’s life, Leonard chose to return “lest I should also forget the blessings of civilized society.”

Leonard’s family in Pennsylvania was amazed by his return, having long since thought that he was dead. Leonard began to write a narrative of his experiences based on the journal he kept during his travels. The editor of the Clearfield Republican in central Pennsylvania published the early chapters in his paper, then published the entire narrative in book form in 1839. Leonard’s narrative became more than a story of the adventure and hardships of a trapper’s life. It was also a revelation of the potential value of exotic California to the Union and a warning of the threat to US interests in the West posed by the British, the Spanish, and the Russians. Through his book, Leonard joined a small but growing number of voices demanding the effective US occupation of the Pacific Coast.

By the time the book was published, Leonard had again left Pennsylvania. He intended to return to the Rocky Mountains, but finding the comforts of civilization too enticing to abandon entirely, he stopped at Missouri’s western border. Fort Osage, near present Independence, Missouri, was established in 1808 as a US military post and factory, that is, an Indian trading post. The factory was closed in 1822 and the military abandoned the post in 1827, but a small civilian settlement had already grown up around it. For a few years the settlement was the staging site for westering expeditions such as those of Gant and Blackwell or Bonneville. Early in 1836, Archibald Gamble and William Russell gained control of the site and laid out the town of Sibley (named after the former government factor and first civilian resident, George C. Sibley). Later that year Leonard settled in Sibley and opened one of the first general merchandise stores in the area. He sold to the local farmers, dealt in furs and merchandise for the Indian trade, and operated a steamboat between Sibley and St. Louis.

Leonard married Isabel Harrelson, and the couple had three children. Leonard died on July 14, 1857, and is buried in the Sibley cemetery.