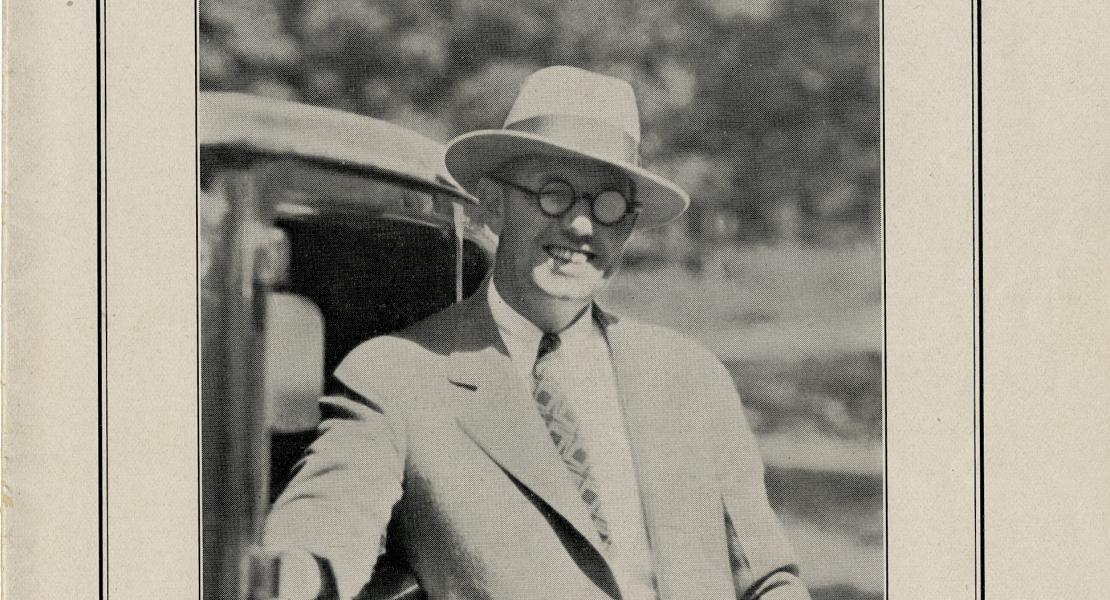 Governor Sam Baker’s appointment of Keith McCanse as game and fish commissioner in 1925 made him the first professional conservationist named to fill an administrative and policy-making position in Missouri. He was the first commissioner with previous experience in the department, and in four years he used his skills as an administrator, conservationist, and publicist to move the agency from the realm of political patronage and make it a part of the governmental bureaucracy. During his one term, McCanse doubled the income of the Game and Fish Department and inaugurated a professional bookkeeping system, with detailed budget accounting and periodic inventories of department assets. Missouri increased the number of its state parks from four to fourteen and its fish hatcheries from two to seven. His work as a publicist has rarely been equaled. Shortly after his resignation in 1929, McCanse headed a group of St. Louis sportsmen who became the first to propose that the Game and Fish Department be placed under the control of a commissioner, thereby anticipating the 1936 constitutional amendment that created the modern Department of Conservation.

The Scotch-Irish McCanse family hailed from east Tennessee and migrated to the Ozarks in about 1840. Grandfather William McCanse arrived in Mount Vernon, Missouri, in 1844, where he became a merchant, a multiple-term county treasurer, and the cofounder of the Farmers Bank. Keith’s father, George, became the bank’s largest stockholder and actively supported Republican gubernatorial candidates, a tradition that Keith emulated. George and Keith participated in the famous Galena-to-Branson float trips in the early twentieth century, and Keith became fast friends with Jesse Tolerton of Taney County, the game and fish commissioner in Missouri governor Herbert Hadley’s administration of 1908 to 1912.

McCanse was born on May 10, 1885, and was schooled in accounting, banking, and insurance. Beginning in 1908 he worked for financial institutions in Springfield and Joplin and for the Missouri secretary of state before assuming a position with the St. Louis Southern Surety Company in 1914. Later he moved to Kansas City, where he became a successful stockbroker.

In 1919, however, McCanse suffered from multiple physical ailments, and at age thirty-four he moved to Taney County with his wife and two small children to regain his health. He survived the dreaded flu epidemic, but lost sight in his left eye.

The new Lake Taneycomo district on White River had become a haven for outdoorsmen and journalists, and, in an unforeseen development, had created an outdoor laboratory for the exchange of ideas concerning conservation. In 1921 McCanse assumed the position of local game warden, and his speaking engagements throughout southwest Missouri made him one of the most effective proponents of conservation in the state. He was co-organizer of the local Sportsman’s League that lobbied for innovative legislation, and with the founding of the Izaak Walton League in 1923 he became a well-known Waltonian.

In 1925 as commissioner of the Game and Fish Department, McCanse revolutionized the agency. He established three divisions: Fish Hatcheries, State Parks and Game Refuges, and Enforcement. He created professional positions, including chief clerk, attorney, and director of public information. He favored the public relations section and gave his personal attention to the creation of the monthly Missouri Game and Fish News, forerunner to the Missouri Conservationist. By 1927 he began using radio to promote departmental goals. McCanse soon ventured into film as well, and by 1929 had commissioned six reels of motion pictures to spread his “gospel of conservation.”

McCanse expanded the number of locations where citizens could purchase hunting and fishing licenses by allowing banks, hardware stores, drugstores, and other cooperative businesses to sell them. The increase in sales enlarged revenue and enabled McCanse to implement summer training seminars for members of the department. The increased income also permitted him to hire more than one hundred additional deputies for the field. With widening audiences, McCanse used the Game and Fish News to publish rosters of float-fishing outfitters statewide, another commencement in outdoor promotion.

While McCanse’s Republican connections proved useful, his hard work earned him influence in state and national game and wildlife associations. He was a member of an eleven-man committee that successfully lobbied for congressional passage of the Migratory Bird Refuge Bill, and in 1927 he spent several weeks in Pennsylvania, a leading state in the conservation movement, to acquire new ideas for Missouri.

In 1929 McCanse began working for KMOX radio in St. Louis, doubling his salary. He promoted conservation and Ozarks recreation as a public speaker and spokesman for the Ozarks Playgrounds Association and the Missouri Ozarks Chamber of Commerce. He also published his family-produced annual, Where to Go in the Ozarks, as the first comprehensive guide to Ozarks tourism.

After failing as a Republican candidate for lieutenant governor in 1932 and in his speculative Sunrise Beach promotion on the newly created Lake of the Ozarks, McCanse returned to financial management. His work took him to Texas, where he remained active in real estate promotion and Republican politics for the rest of his life. Keith McCanse died on October 2, 1964.

McCanse, Keith. Where to Go in the Ozarks. St. Louis: published by author, 1930.