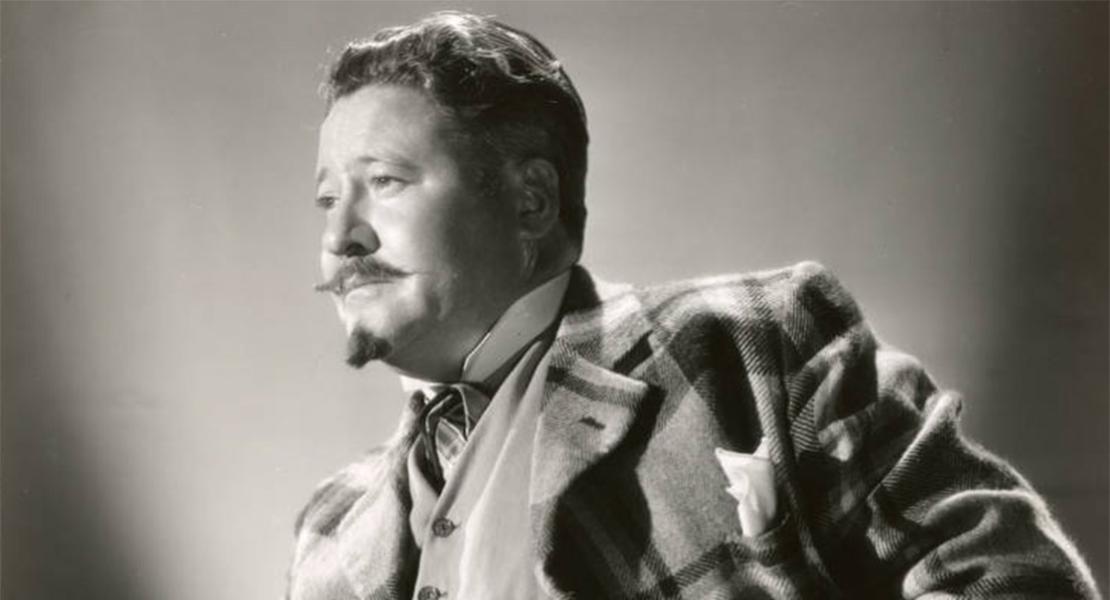 Jack Oakie was long considered one of the screen’s most notorious scene-stealers. He had a unique brand of comedy and was the master of the double and triple take. He was born Lewis Delaney Offield on November 12, 1903, in Sedalia, Missouri. His father was a grain dealer, and his mother was a psychology teacher. Oakie took his stage surname from the move that his family made to Muskogee, Oklahoma, when he was five.

In the 1920s Oakie landed a job as a dancer in George M. Cohan’s Little Nelly Kelly on Broadway. He went from Broadway to vaudeville, with Lulu McConnell as his partner, before landing roles in Artists and Models, Innocent Eyes, and others. In 1927 Oakie went to Hollywood, and in his first film he was cast as a comedian in director Wesley Ruggles’s Finders Keepers. He was under contract to Paramount for nine years where he played the perennial freshman at “Paramount U.” He appeared in many of the big musicals of the day with Bing Crosby, Lanny Ross, Lily Pons, Burns and Allen, Maurice Chevalier, and Alice Faye, all making their first pictures with the cherubic Oakie in the cast. His characterization of Benito Mussolini in Charlie Chaplin’s Great Dictator won him an Oscar nomination for best supporting actor in 1940. His pictures included Chinatown Nights, Paramount on Parade, Touchdown, Once in a Lifetime, Sailor Be Good, College Rhythm, Call of the Wild, Big Broadcast of 1936, Thanks for Everything, Hello Frisco Hello, The Merry Monahans, When My Baby Smiles at Me, Around the World in Eighty Days, and Lover Come Back.

Oakie spent part of his boyhood in Kansas City with his grandmother and attended Woodland School. He sold papers for the Kansas City Star: He later recalled that he made good money selling “extras” on the night Woodrow Wilson was reelected as president in 1916. He also appreciated the good press the Star gave him during his acting career. In 1960 Oakie and his wife arrived at Union Station in Kansas City on their way to Sedalia to mark his birthplace during the town’s centennial celebration. He was quick to ask in Kansas City about Woodland School, stating proudly, “I graduated from there.”

In his later years, Oakie made some television appearances and lived in baronial style on a ten-acre estate in Northridge, at the northern end of the San Fernando Valley. He died on January 23, 1978, at the age of seventy-four. Oakie is still considered one of the best of the wisecracking comedians during the golden age of Hollywood, a consummate ogler who could steal a scene simply by looking at a girl’s legs.