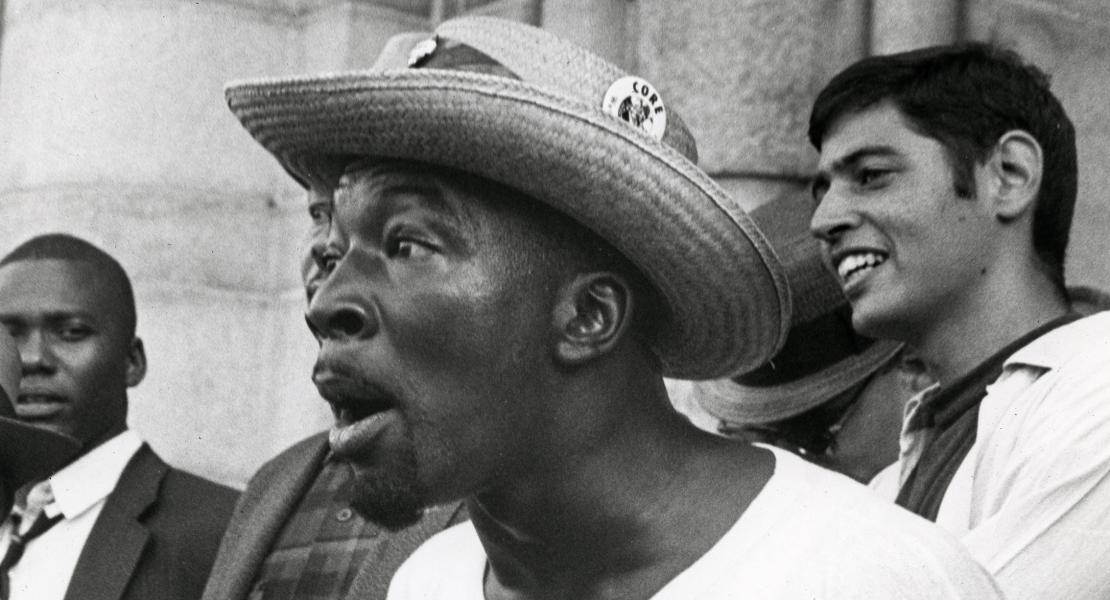 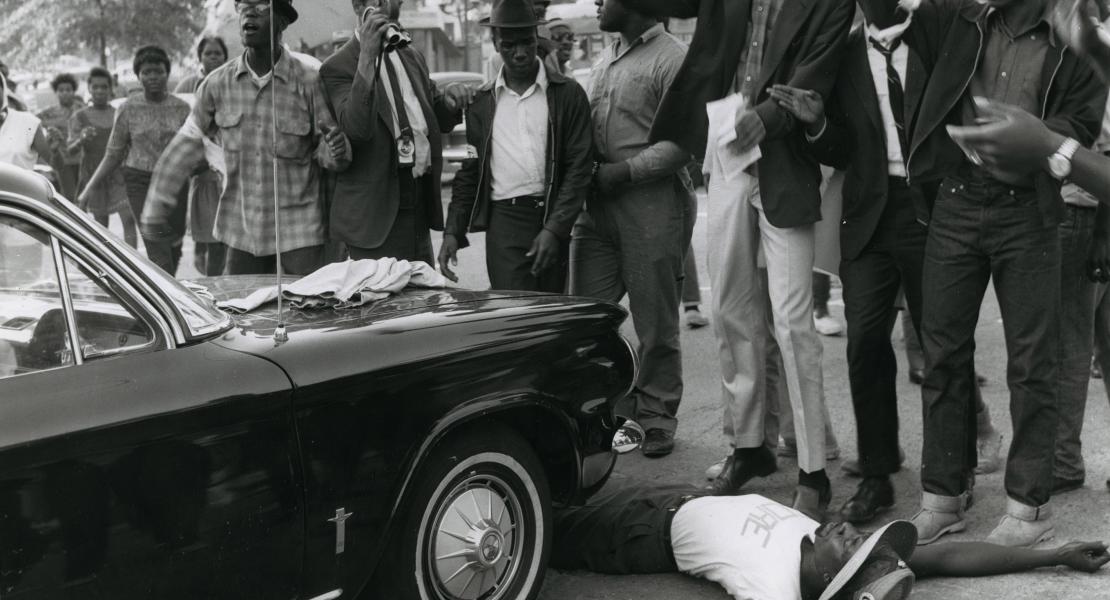 Born on May 5, 1930, to a sharecropping family in Desha County, Arkansas, Perry worked in the fields picking cotton as soon as he was old enough to walk. He dropped out of high school to help support his mother and sisters and enlisted in the army in 1948 after his mother’s death. Perry saw combat during the Korean War as a member of the Twenty-Fourth Infantry Regiment of the Twenty-Fifth Division, the last all-black unit in the US military. Discrimination within the army overseas and incidents in which he was denied service at lunch counters while home on leave moved Perry toward an activist stance, and he joined civil rights protests shortly after leaving the military in 1954.

Perry became active in the St. Louis chapter of the Congress of Racial Equality in the early 1960s. He participated in many nonviolent direct-action protests in St. Louis, at the opening of the New York World’s Fair in 1964, and in actions organized by the Civic and Voters League in Bogalusa, Louisiana. In 1965 the Human Development Corporation of the Office of Economic Opportunity hired Perry to work as an outreach worker specializing in housing as part of the federal government’s War on Poverty. In that capacity he organized demonstrations calling for the enforcement of housing codes and the prosecution of slumlords. In the late 1960s he helped organize a rent strike in St. Louis public housing that kept rents affordable for tenants, and he helped establish local chapters of the National Tenants Organization and the National Welfare Rights Organization.

Perry’s greatest triumph came in the 1970s when his ceaseless agitation made St. Louisans aware of a lead-poisoning epidemic that threatened the health of many children living in older buildings with lead-based paint on the inside walls. Perry organized community residents, medical technicians, and physicians to set up lead-poisoning screening and treatment programs, and his activism proved decisive in persuading the city government to pass legislation banning the use of lead-based paints for building interiors and playground equipment.

Ivory Perry remained active during the 1970s and 1980s, organizing senior citizens and tenants against high utility rates and shutoffs of service for those unable to pay their bills. He fought to keep Homer G. Phillips Hospital open as a full-service health care center for the black community, and he helped workers at the Morgan Linen and Supply Company pressure their employer for better treatment.

When budget cuts eliminated his job with the Human Development Corporation, Perry secured low-level positions within the city government that enabled him to remain active in protests and demonstrations. He announced his first bid for elective office in 1989 when he offered himself as a candidate for a position on the St. Louis Board of Aldermen. However, on February 15, 1989, just a few weeks before the election, he came home from work to find one of his sons attempting to commit suicide with a kitchen knife. As he tried to wrestle the knife from his son’s grasp he was stabbed in the chest and died. In 1990 the city of St. Louis named a neighborhood park in his honor.

George Lipsitz is professor emeritus of Black Studies at the University of California, Santa Barbara.

Lipsitz, George. A Life in the Struggle: Ivory Perry and the Culture of Opposition. Philadelphia: Temple University Press, 1988.