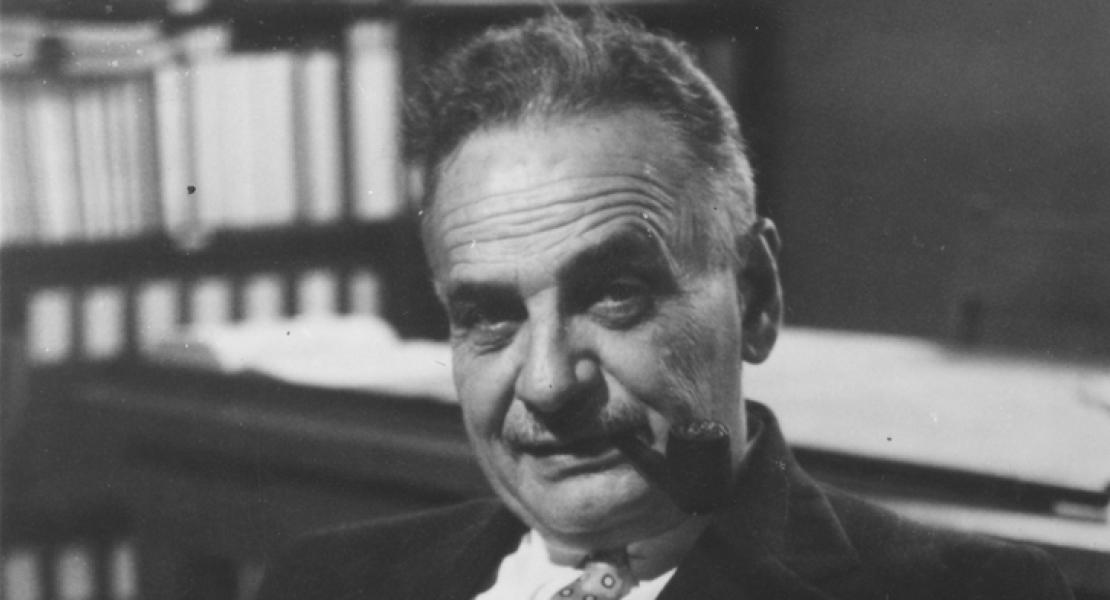 Carl Sauer probably had a more profound effect on American geographic thought than any other American geographer of the twentieth century. His work did much to bring respect to geography as an academic field and to elevate it to its present status as a fundamental research discipline in American universities.

Carl Ortwin Sauer was born on December 24, 1889, in Warrenton, Missouri, to William Albert and Rosetta J. Vosholl Sauer. His immigrant father was a professor of music and French at Central Wesleyan College, a German Methodist college in Warrenton. When Sauer was nine years old he was sent to Calw, Germany, for three years for a rigorous early education. He graduated from Central Wesleyan in 1908. In 1913 he married Lorena Schowengerdt, also of Warrenton. In 1915 he received a PhD in geography from the University of Chicago, which had recently established the first department of geography in the United States.

Throughout his long career in geography and as a contributor to humane scholarship in general, Sauer carried the indelible imprint of the German community of Warrenton. The Germans who settled the area were mostly Westphalians who had left a repressive Germany of the 1840s and had come to America for liberty and freedom of thought. People who valued education, they established a homogeneous community and supported a college based upon avowedly German ideas and values. Central Wesleyan embodied the philosophy of Johann Goethe, which permeated German intellectual culture in the nineteenth century. Among its marks were the value of historical study (which contrasted strongly with the progressivism of an American society with little use for the past), emphasis on understanding through personal experience as opposed to laws and principles of behavior, and the interactive role of humans and nature as opposed to separate analysis of them. From this classical Goethian worldview, Sauer learned that history and geography were inseparable, two parts of a whole. He also gained a global view that underpinned his entire professional career. Sauer’s early years in a German-culture community in Missouri and his subsequent rise to prominence in American professional geography are primary reasons that American geography contains a strong German-classical tradition.

Sauer’s primary theme throughout his career was the transformation of the natural landscape into a cultural landscape. He studied humans in their cultural contexts as agents of change in nature, a field sometimes known as human ecology. He was especially impressed with how human use of the land left it in worse condition. He spoke of “destructive land use” and a “robber economy” of the land. “We keep going,” he said, “by deficit spending of nature’s capital.” Sustainability later became the word for the harmonious relations of people with the land they occupy and produce from. Ecologists have come to regard Sauer as a prophet who began writing on this theme around 1920, when it was little articulated.

Sauer insisted that geographers learn by field observation and study in the Goethian tradition of individual experience in nature. His own fieldwork was concentrated in the American Southwest and Mexico, but his numerous students and followers have worked in all parts of the world and always among “common folk.” Sauer was appreciative of the wisdom of rural folk. He valued their understanding of their surroundings and natural processes. He spoke and wrote frequently of “homefolks” and was most comfortable among them, whether in Mexico or in Missouri during trips to visit family and friends.

Sauer’s published works include several on Missouri. Foremost is his dissertation, published in 1920 as The Geography of the Ozark Highland of Missouri. It remains the unparalleled interpretation of the settlement of the Ozarks, including separate analyses of French, American, and German systems of land occupation. Other publications include “Homestead and Community on the Middle Border” (1962) and “Status and Change in the Rural Midwest: A Retrospect” (1963), both short essays on how the Missouri Sauer knew at the turn of the century had changed, usually not for the better.

A major accomplishment was the organization of an international symposium in 1955, “Man’s Role in Changing the Face of the Earth.” This gathering of scholars helped to lay the intellectual foundation for the environmental movement that blossomed in the 1970s. Sauer wrote the lead essay, “The Agency of Man on Earth,” for the published collection of papers. Other publications probe the years of encounter between Europeans and Native Americans. A book of great influence is Agricultural Origins and Dispersals (1952), a stimulating reflection on the origin of plant and animal domestication throughout the world. A complete bibliography of Sauer’s publications is in his obituary by John Leighly in the Annals of the Association of American Geographers.

Walter A. Schroeder is professor emeritus of geography at the University of Missouri.

Leighly, John, ed. Land and Life: A Selection from the Writings of Carl Ortwin Sauer. Berkeley: University of California Press, 1963.

———. “The Geography of the Ozark Highland of Missouri.” Geographic Society of Chicago Bulletin 7 (1920).

Williams, Michael, with David Lowenthal and William M. Denevan. To Pass On a Good Earth: The Life and Work of Carl O. Sauer. Charlottesville: University of Virginia Press, 2017.