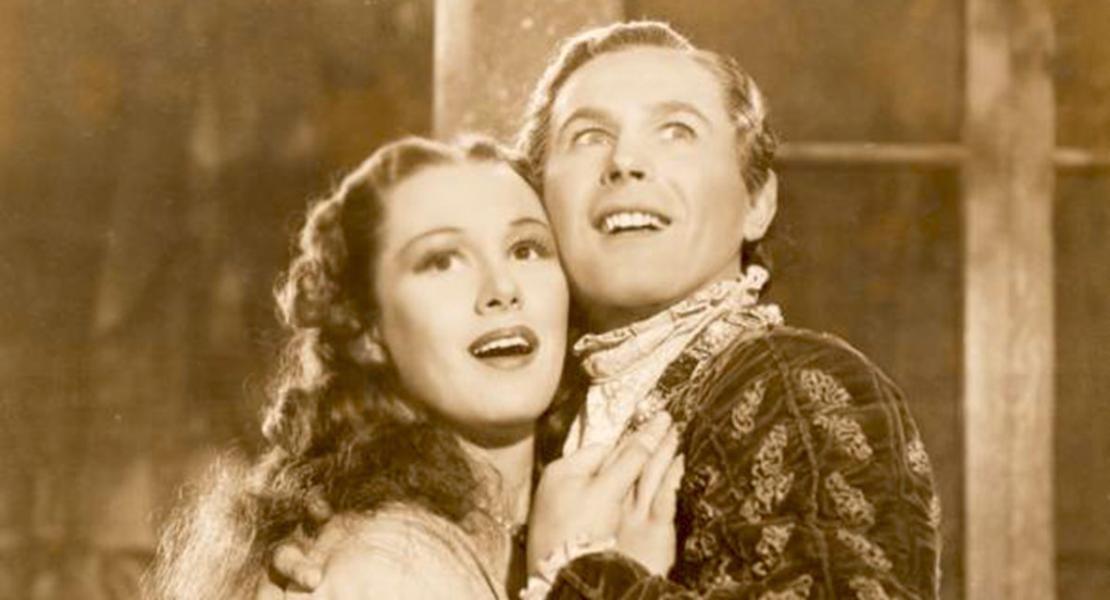 Gladys Swarthout, a concert and operatic mezzo-­soprano, was born in Deepwater, Missouri, to Frank L. and Ruth W. Swarthout on December 25, 1904. Born with absolute pitch and a full, mature voice for a child, Swarthout gave evidence of great talent and an interest in singing at an early age. By the time she was nine, passersby would inquire who the woman with the beautiful voice was. Many refused to believe she was so young. The unusual maturity “was due to the formation of my throat and vocal chords,” Swarthout once explained.

After her family moved from Deepwater to Kansas City, Swarthout began serious vocal instruction with Belle Vickers at age eleven. She made her first public appearance as a singer the next year as a soloist in a church choir. During her first public recital in her early teens, her performance so impressed a wealthy Kansas City family that they decided to finance her career.

After graduation in 1920 from Kansas City’s Central High School, Swarthout attended the Bush Conservatory of Music in Chicago. She also studied opera with Leopoldo Mugnone. She remained in Chicago for three years to continue her musical education. To help finance her study she performed as a church soloist and on one occasion embarked upon a joint concert tour with her older sister Roma, who was a pianist.

In 1924, without opera experience or a repertoire, Swarthout arranged to audition for Herbert Johnson, manager of the Civic Opera. She was given a contract for the next season. Without a single operatic role to her credit, she managed to learn twenty-three roles within a few months. Her debut took place in Chicago during the 1924–1925 season in the part of the offstage shepherd in Puccini’s Tosca. During the 1924–1929 seasons she sang in fifty-six performances. Swarthout continued to sing with the Chicago Civic Opera during its regular season and in the summers with the Ravinia Opera Company of Chicago.

Swarthout’s work attracted the attention of the Metropolitan Opera in New York and eventually led to an engagement with that company. She first appeared with the company on October 29, 1929, in Philadelphia. Her debut at the Metropolitan Opera House in New York City came on November 15, 1929, in the role of LaCieca in La Gioconda. Two months later she sang in the American premiere of Rimsky-Korsakov’s Sadko. Swarthout stayed with the Metropolitan for thirteen seasons. During that time she sang a total of twenty-four roles in twenty-­one different works. The number of performances came to 264.

Although Swarthout performed many different roles, she was best known for her portrayal of Carmen in Bizet’s opera of the same name. Her talents as an actress and singer were broad. While playing Carmen in 1942 before forty thousand people at Chicago’s Soldier Field, she was “spurned” with such gusto during the love quarrel scene that she was knocked unconscious. In 1948 in the same role, she accidentally stabbed another Metropolitan star in the wrist.

Swarthout gained national and world fame not only in the realm of opera but also on national radio and in motion pictures. She made her first radio appearance on the General Motors Hour in 1930. She was also heard on such major programs as The Ford Symphony. For three years she was the star on her own show, The Prudential Family Hour. American and Canadian critics for five consecutive years voted her the leading female classical singer to perform on radio. Arturo Toscanini selected her to sing Juliet in his NBC radio production of Berlioz’s Romeo and Juliet on New Year’s Day in 1950. In 1936 she went to Hollywood, where she was cast in five motion pictures. Like so many other opera stars who appeared in movies, these pictures were disappointments. The first, Rose of the Rancho (1936), was judged fair. In the last, Ambush (1939), she had only a speaking role and did not sing.

Swarthout married Harry Richmond Kern on March 22, 1925, but he died six years later. In 1932 she wed Frank Chapman Jr., a concert baritone who continued his singing career for a time but eventually became her manager and directed her career.

Throughout her career, Swarthout recorded extensively for RCA-Victor Records. In 1943 she published a “career book,” Come Soon, Tomorrow. Among her many honors, she was the first woman member of the honorary music fraternity Mu Pi Delta and was awarded an honorary degree, Doctor of Music, from the Bush Conservatory. Probably the greatest honor conferred on the Missouri-born mezzo-soprano occurred on the 150th anniversary of the federal legislature when she sang before the president, the Supreme Court, the entire Congress, and the diplomatic corps.

A heart attack forced Swarthout to retire completely in 1954. She moved to Florence, Italy, and she died there on July 7, 1969.