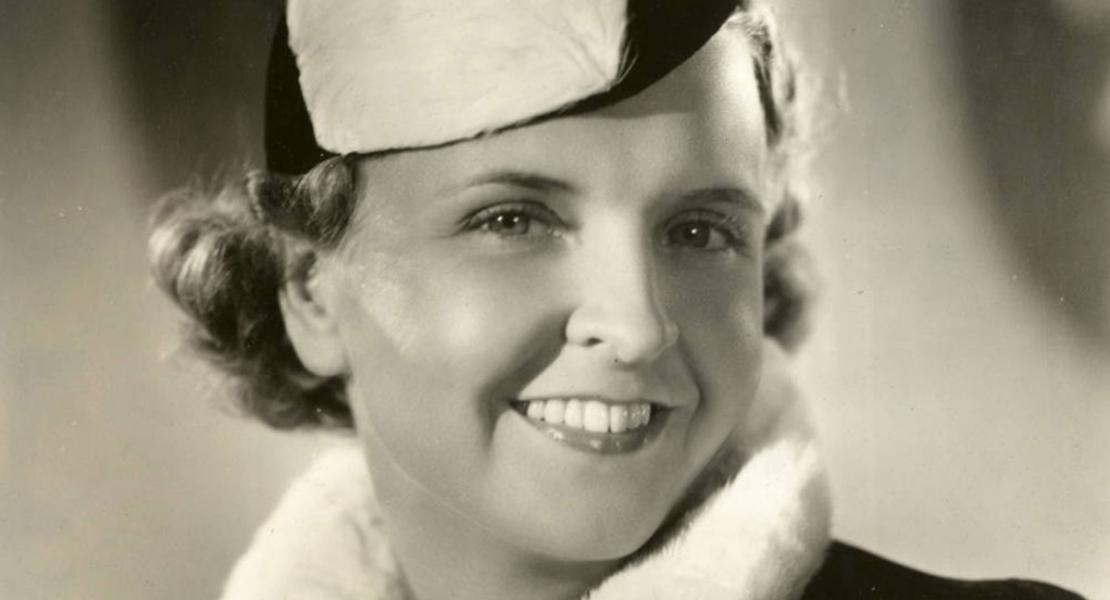 Marion Talley was born on December 20, 1907, in Nevada, Missouri, the daughter of a Missouri Pacific Railroad telegraph operator who was later transferred to Kansas City. Early on she demonstrated a love for and interest in music. She pestered her parents for music lessons and was given instruction in piano and singing. While still quite young she persuaded her mother, Florence, who sang in church choirs in northeast Kansas City, to allow her to join in and sing. She quickly became a church soloist whose singing received a favorable notice from other choir members and from local music critics. She saved the money she received from these performances to pay for further study.

In 1922, at the age of fifteen, Talley caused a sensation when she sang in a Kansas City performance of Ambroise Thomas’s opera Migon. The concert drew more than two thousand Kansas City residents who had taken an interest in her career and contributed $10,000 to fund further study for her in New York and abroad. The following year, 1923, she went to New York to audition at the Metropolitan Opera. The audition received widespread press coverage. Critics called her voice exceptional. Although the audition did not produce a contract with the Metropolitan, Talley remained in New York to study with the famous voice teacher Frank LaForge, and later she continued her study in Europe.

Talley’s great opportunity arrived in the winter of 1925–1926, when Giulio Gatti-Casazza, the general manager of the Metropolitan Opera Company, engaged the nineteen-year-old Kansas Citian to sing with the company in New York. Her professional debut was as Gilda in Verdi’s Rigoletto on February 17, 1926. Gatti-Casazza had wanted Talley’s debut to be unheralded, but loyal Kansas City citizens and civic organizations decided otherwise. They generated an extraordinary amount of interest and publicity. A large delegation, including the mayor and various civic officials, traveled by special train from Kansas City to New York to attend the performance. Four-dollar tickets were scalped for ten times their cost. A telegraph was set up backstage at the Metropolitan Opera so her father could report news of the event to people in Kansas City and nationwide. Although the friendly audience awarded numerous curtain calls, her performance did not live up to the expectations created by all the publicity.

Talley’s career at the Metropolitan lasted only four seasons (1926–1929). During that time she appeared in only seven productions and gave a total of eighty-­four performances. In addition to Gilda in Rigoletto, she also created the roles of the Queen of the Night in Mozart’s Die Zauberflöte, Donizetti’s Lucia in Lucia di Lammermoor, and the Nightingale in Stravinsky’s Le Rossignol.

Upon her retirement from the Metropolitan Opera, Talley announced she intended to take up farming in Kansas, but that plan never materialized. In 1933 she returned to the concert stage and also sang with the Chicago Opera, without much success in either venture. In 1936 she began singing on the radio and was given a series on the NBC network. That same year she made her only film, Follow Your Heart, a musical set in the pre–Civil War era that proved disappointing. In 1940 Talley attempted a return to grand opera, but it failed to revive her career.

Talley married twice. Her first marriage in 1932 to a German pianist was annulled after only a few months. In 1935 she married the New York music critic Adolf Eckstrom, and they had a daughter. When their marriage failed, Talley sued Eckstrom for custody of their daughter in 1939. The ensuing custody battle was bitter and generated a great deal of publicity. Following the dispute, which she won, Talley gradually sank into obscurity. On January 3, 1983, she died in a southern California hospital. Her death went unrecorded in the trade newspapers. It was as the youngest prima donna in the Metropolitan Opera history probably would have wanted it.