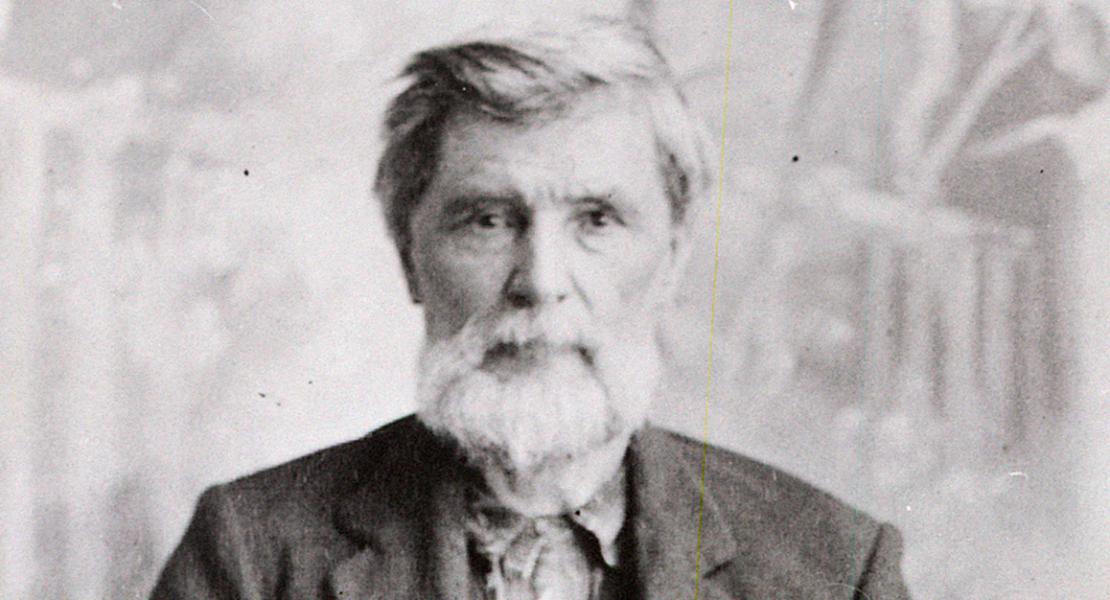 Silas C. Turnbo collected stories from Ozarkers in the upper White River country of Arkansas and Missouri from as early as the 1860s continuing into the early twentieth century. His collection, transcribed into around twenty-five hundred typed pages, constitutes the largest single manuscript holding of nineteenth-century Ozarks reminiscences and genealogy. The family, as institution, is Turnbo’s common threshold of departure in what could be described as a “regional prosopography.” The collection includes history, folklore, and tales of pioneers’ heroic adventures on the antebellum frontier and in the Civil War.

The Turnbo family followed other upland southerners through Pennsylvania, South Carolina, Tennessee, and into the Ozarks. Silas, born in Taney County, Missouri, on May 26, 1844, was the eldest of eleven children and grew up along the White River while his father farmed, worked in the timber, and participated in the river trade. The family was Southern in its sympathies during the Civil War, and Silas served three years in active duty with the Twenty-Seventh Arkansas Infantry (1862–1865).

While soldiering, Turnbo kept wartime diaries that burned shortly after the war. They were obviously important to him because he soon rewrote them from memory, later expanding them into a history now transcribed as the History of the Twenty-Seventh Arkansas Confederate lnfantry, edited by Desmond Walls Allen (1988). In Turnbo’s larger collection of reminiscences he reported that he began collecting stories as early as 1866. He collected intermittently until the 1890s, when he envisioned a much larger effort.

As a middle-aged man past fifty, Turnbo sought first- and second-generation settlers who would talk to him about “old times.” From 1898 to 1907 he wrote numerous articles for newspapers in Taneyville, Forsyth, Gainesville, and Kansas City, Missouri, and Lead Hill, Harrison, and Yellville, Arkansas. Most of his oral history is set in Taney and Ozark Counties, Missouri, and in Boone and Marion Counties, Arkansas. In 1905 he assembled his nostalgic writings into a modest book, Fireside Stories of the Early Days in the Ozarks. He and a few merchants peddled the fifty-cent books, and in 1907 Turnbo published a much shorter second volume of his Fireside Stories. He planned a series, but the book sales simply did not return profits to support it.

During his early years of journalism, Turnbo mortgaged his 160-acre farm and lost it in a foreclosure suit in 1902. For the rest of their lives, he and his wife, Matilda, lived with their various children in Missouri, Oklahoma, and New Mexico, except for three short terms Silas spent at the Confederate Soldiers’ Home in Higginsville, Missouri. Determined in his literary endeavor, Turnbo’s most active period of collecting and writing occurred from 1902 to 1908 while he lived with a daughter in Ozark County, Missouri.

Shortly after publication of his first Fireside Stories in 1905, the chronicler began an eight-year correspondence with William E. Connelley, a prolific author and publisher of western, Kansas, and Civil War history books. The letters reveal a modest and polite Ozarker, fully aware of his limited writing skills, who hoped that Connelley would edit and publish his collection. Connelley encouraged Turnbo in his efforts by sending him books on frontier and western lore. He offered to find a publisher for Turnbo, who in turn approved of Connelley as editor of the stories; Turnbo asked for joint copyright and a share of the proceeds, if any.

By 1913, with no prospect of seeing more of his collection published, increasing health problems, and his need for a train ticket from New Mexico to Missouri, Turnbo sold all rights to his collection to Connelley for $27.50. He returned to the Ozarks, continued collecting stories (that apparently were lost or destroyed), and wrote that it was his intention to spend the rest of his life and be buried in the White River Hills, a wish unfulfilled.

Aged Ozarkers in the late twentieth century remembered Turnbo walking the dusty Ozarks back roads during the early 1920s. They saw him aided with a walking stick and carrying his personal belongings in a red handkerchief. He made unannounced appearances throughout the White River neighborhoods, accepting local hospitality. Some relatives thought he was cursed with a strange idiosyncrasy—he never really worked, just mused about old times and the thrill of the chase in the great Ozarks outdoors. At age eighty, in March 1925, he passed away in Broken Arrow, Oklahoma.

Turnbo’s writings continued to have a life as they were sold to collectors and deposited in private and public libraries, and selections were reprinted by local historical societies, magazines, and newspapers. Complete manuscript sets are housed at the Springfield–Greene County Public Library in Springfield, Missouri, and in the Heiskell Collection at the University of Arkansas–Little Rock.

Morrow, Lynn. “‘I Am Nothing but a Poor Scribbler’: Silas Turnbo and His Writings.” White River Valley Historical Quarterly 10 (Spring 1991): 3–9.