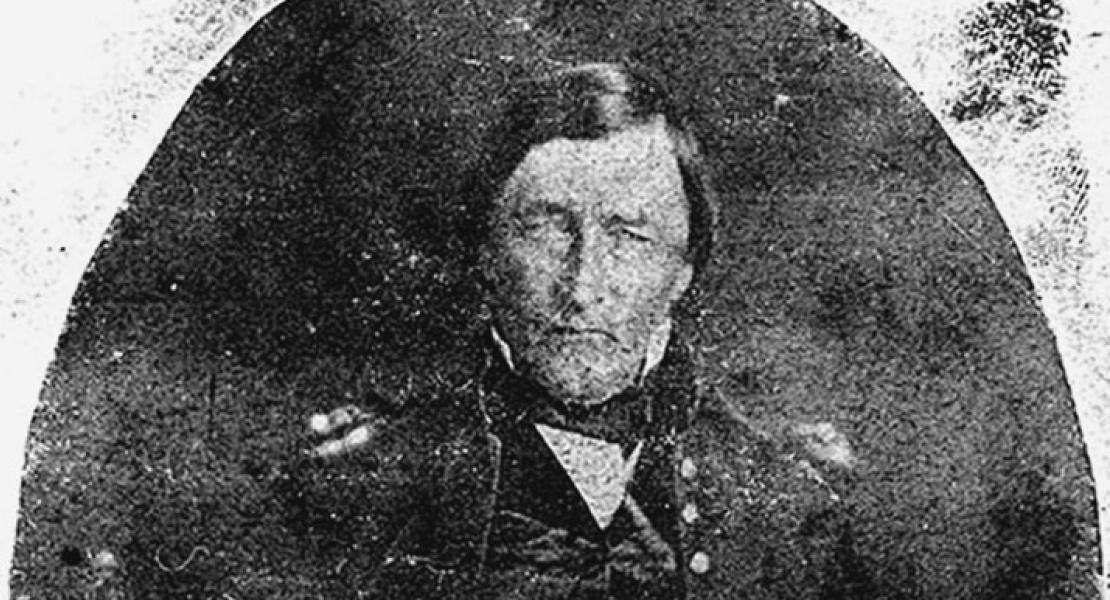 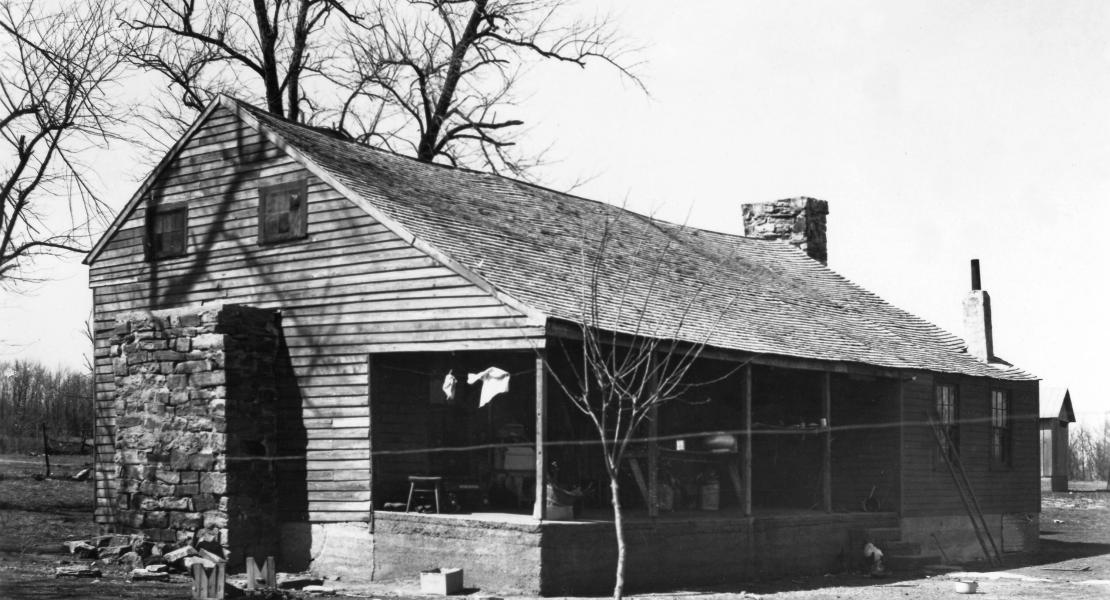 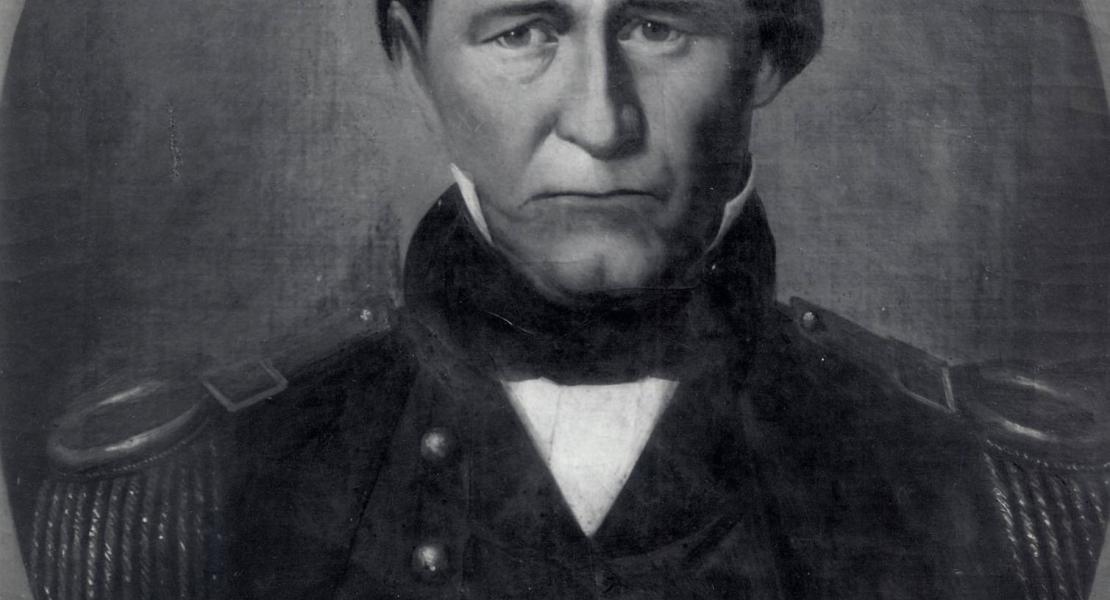 Nathan Boone, the youngest child of Daniel and Rebecca Bryan Boone, was born on March 2, 1781, at Boone’s Station, near present-day Athens, Kentucky. At the age of seven he moved with his parents to a farm near Point Pleasant at the mouth of the Kanawha River in what is now West Virginia. For eighteen months beginning in 1793, he attended a Baptist school near Lexington, Kentucky. The next year, at the age of thirteen, he accompanied his father on a hunting trip north of the Ohio River, and he began to learn the skills of a woodsman.

During the summer of 1795 the Boone family moved to Brushy Fork, Kentucky, about six miles east of present-day Millersburg, where Daniel Boone farmed and hunted for three years. Then the family relocated to the mouth of the Little Sandy on the Ohio River, where Nathan apparently had gone a short time before to break new land. His father, however, had difficulty living anywhere for very long because of bad business ventures, debts, and wanderlust.

In the autumn of 1799 Daniel Boone moved his family to Missouri, where he received a land grant from Spain. Before Nathan arrived, however, he married sixteen-year-old Olive Van Bibber at Little Sandy, Kentucky, on September 26, 1799. Boone and his wife traveled by horseback via Lexington, Louisville, and Vincennes. They reached St. Louis in late October and proceeded to his brother Daniel Morgan Boone’s grant in the Femme Osage District, about twenty-five miles southwest of St. Charles, where they spent the winter.

Nathan Boone built a cabin about four miles northwest of Morgan’s settlement on the bank of the Femme Osage, where he had received a Spanish land grant of approximately four hundred acres. He spent the next few years working as a contract surveyor for the federal government in what are now St. Charles, Montgomery, and Warren Counties. He also engaged in extended hunting and trapping expeditions, and on several occasions lost his furs to Native Americans.

In the spring of 1805 Nathan and Morgan traveled into central Missouri, where they developed a salt-making business by boiling water from a saline spring. This site, now in Howard County, soon became known as Boone’s Lick. The brothers transported their salt by canoe downriver to St. Louis for sale. The business grew to include twenty men, but hostile Native Americans forced the Boones to abandon the saltworks, which they sold in 1810.

While Nathan Boone operated the saltworks, he also began military service, which would become his life’s work. In 1808 he served as a militia captain and guide for Captain Eli B. Clemson and Brigadier General William Clark, and he helped build Fort Osage (first called Fort Clark) in September. Boone played a major role in convincing the Osage to negotiate a peace treaty that year.

During the War of 1812 Boone helped organize a group of mounted rangers for three months. In March 1812 he raised a company for one year, serving under General Benjamin Howard as a captain. Boone’s rangers patrolled a two-thousand-square-mile area known as the St. Charles District, which extended from the mouth of the Salt River on the Mississippi to Fort Clemson at the mouth of Loutre Creek on the Missouri River. The rangers also helped the army regulars, under Lieutenant John Campbell, build a host of blockhouses for defense, such as Fort Mason near present-day Hannibal.

On August 15, 1813, Boone led a seventeen-­man expedition against the Indigenous towns near Peoria. Although a war party of Sauk and Foxes attacked his camp one night along the Illinois River, Boone and his men escaped. He also fought at the Battle of the Sink Hole near the Cuivre River. On December 10, 1813, he was promoted to the rank of major, and received an honorable discharge in June 1815. Most of his military service during the War of 1812 involved routine patrols in northern and western Missouri. When the rangers were not needed, Boone returned to his farming and surveying activities, and he completed the survey for the Boone’s Lick Road from St. Charles to Old Franklin in 1814. This road served as the major route to the Oregon and Santa Fe Trails.

In 1820 the voters in St. Charles County elected Boone to the Constitutional Convention that met in St. Louis from June 12 to July 19. He served on the committee in charge of the convention’s printing, and he worked to have the capital located in St. Charles rather than St. Louis. After the convention, Boone returned to his farming and surveying work, and he became one of the wealthiest men in the county. The military, however, recalled him a dozen years later while he surveyed a boundary between the Sioux, Foxes, and Sauk for William Clark, who was superintendent of Indian Affairs. On June 16, 1832, Boone again became a captain of mounted rangers. His company enlisted at St. Charles on August 11, 1832, for duty with Colonel Zachary Taylor in the Black Hawk War.

On November 22, 1832, the army transferred Boone to Fort Gibson in Indian Territory, where he commanded a company of mounted rangers. The following spring he surveyed the boundary between the Creek and Cherokee Nations. On August 15, 1833, he received a captain’s commission in the newly created federal regiment of dragoons.

Boone took part in the recruitment process while stationed at Franklin, Missouri, from October 15, 1833, to April 29, 1834. He joined his regiment in June 1834 and commanded Company H of the First Dragoons. In late September 1834 Boone led Company H, under Colonel Stephen Watts Kearny, to Iowa, where they wintered at Fort Des Moines, near the mouth of the Des Moines River at present-day Montrose, Iowa.

During the spring of 1835, Boone led a ten-week reconnaissance into Sioux country, which resulted in a sharp skirmish in the upper Des Moines River valley. Outnumbered, his men held the Sioux at bay and escaped under cover of darkness. On September 16, 1836, he attended the cession treaty council at Davenport, Iowa, where the Sauk and the Foxes agreed to removal. When the army abandoned Fort Des Moines on June 1, 1837, Boone departed with Company H for Fort Leavenworth, Kansas. During his three years of duty in Iowa, he explored much of the country, the details of which were later incorporated into the first map of the state, where a county and a river were named in his honor.

In 1837 Boone sold his home in St. Charles County to pay debts and moved his family to a farm two miles north of Ash Grove, Missouri. He had discovered this country during his trapping expeditions more than thirty years earlier, and he liked the look of the land. However, he did not leave the army. On September 5, 1837, Boone participated in an expedition that explored possible routes for a military road from Fort Leavenworth to Fort Gibson. In the spring of the next year, he directed the survey of the road from Fort Leavenworth to Fort Snelling, Minnesota. During 1839 Boone served as the first commander of the new Fort Wayne on Cherokee land at Spavinaw Creek in present-day eastern Oklahoma. By early September he had returned to Fort Leavenworth and, along with Colonel Kearny, embarked on another reconnaissance to learn about a possible uprising of the Otoes and to hold a cession treaty council with the Potawatomi.

In late March 1840 Boone led two companies of dragoons to the Otoes’ village along the Nishnabotna River in Iowa, where they had been threatening white settlers, and ordered them to leave the territory. He then conducted more surveying work near Fort Gibson. On May 14, 1843, he took his dragoons west along the Arkansas River to the Santa Fe Trail and then south to the Canadian River to demonstrate to Native Americans the military power of the United States. He returned to Fort Gibson on July 31. A month later, T. Hartley Crawford, commissioner of Indian Affairs, sent Boone to Texas, where he joined General Sam Houston for peace negations with the Comanches.

Boone led his company of dragoons on patrols in Indian Territory and Arkansas during 1844 and 1845. These expeditions were routine until November 20, 1845, when he was ordered to the Arkansas to end the lawlessness arising from a schism among the Cherokees over the 1835 Treaty of New Echota stipulating their removal to Indian Territory. The army sent Boone to the vicinity of present-day Evansville, Arkansas, to keep the two factions apart, and he remained there until the federal government settled tribal differences during the summer of 1846.

Boone did not serve in the Mexican War because of his age. On February 16, 1847, he was promoted to major in the First Dragoons. He continued to serve at Fort Leavenworth until September 9, 1848, when he took a leave of absence because of poor health, and returned to his farm near Ash Grove. On July 25, 1850, he was promoted to lieutenant colonel of the Second Dragoons, apparently while on sick leave. He remained at home until he resigned from the army on July 15, 1853.

Boone fathered fourteen children. At the time of his death in Greene County on October 16, 1856, he owned twelve hundred acres and held eleven people enslaved. He is buried in the cemetery north of Ash Grove.