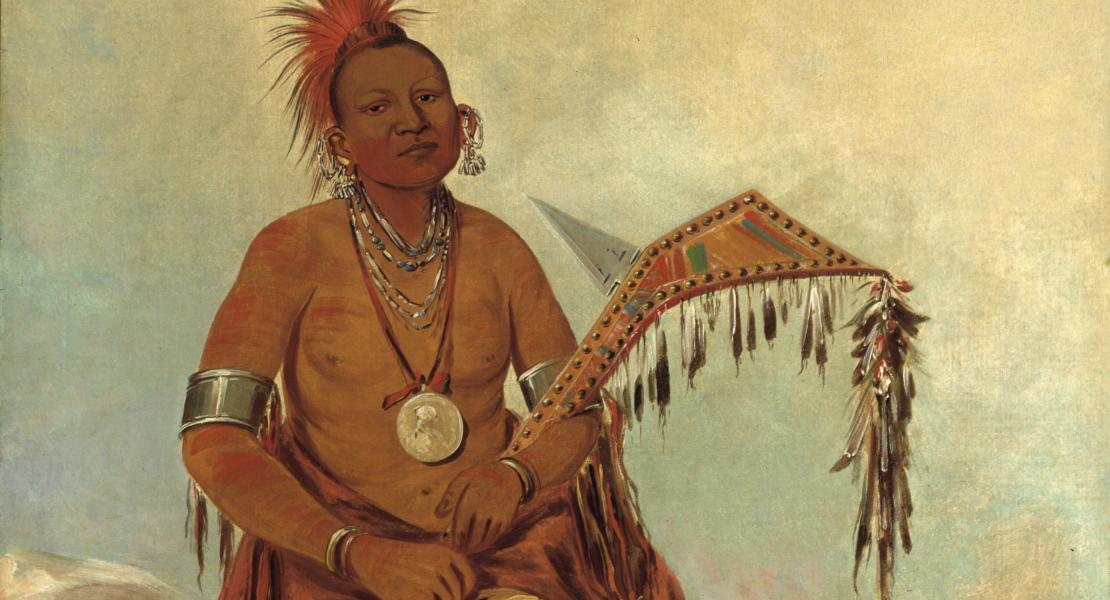 Following the death of Clermont (Gra-Mon or “Arrow-Going-Home”) in 1796, his son, also known as Clermont, was denied the hereditary office of peace chief (Tsi-zhu Gahige) that he considered justly his. He left with many followers to join the dissident Osage factions on the Arkansas River. They welcomed him: his hereditary claim to office gave their band a new legitimacy and prestige among the Osages and attracted more tribesmen from the other Osage villages.

The younger Clermont had opposed foreign trespass on Osage lands. He earned a reputation as a fearless warrior against traditional Native enemies and showed little mercy to French and Spanish hunters caught poaching in Osage territory. In 1792 he reportedly led raids near Ste. Genevieve. He steadfastly opposed the Chouteaus’ influence in Osage affairs, and their support of the insurgent White Hair (Paw-Hiu-Skah) outraged him. When the United States claimed control of the Louisiana Territory, he offered friendship to the new government, but haughtily refused to acknowledge the appointment of Pierre Chouteau as US Indian agent for the Osages. Clermont II opposed any sale or alienation of Osage lands and refused to participate in any negotiations involving the Chouteaus or Paw-Hiu-Skah. Governor Meriwether Lewis regarded Clermont II’s band as hostile to the United States. Lewis attempted to prohibit trade with them and invited their Native enemies to attack them. In response, Clermont II boycotted the 1808 treaty council at the new Fort Osage and refused to move his people to the fort. Government officials insisted, and he later agreed to the revised treaty of 1809, though he firmly denied approving any sale of Osage lands.

Although Clermont II maintained his village (near present-day Claremore, Oklahoma), the Osage people were weakening. Factional strife, epidemics, the decline of the fur trade, the loss of prime hunting grounds to settlers, and the whiskey trade all took a toll, but most devastating was the relentless pressure of eastern refugee tribes crowding into Osage territory. The more numerous Cherokee were particular foes of the Osages. In 1817 they and their allies raided Clermont II’s village, killing at least thirty­-eight people and carrying off one hundred captives. Despite such pressure, Clermont championed his people’s claim to their lands until his death in 1828. He was succeeded by his son, also known as Clermont, who attempted, even less successfully, to protect his people’s rights. Pressure from the US government and Cherokee aggression proved overwhelming, and his people agreed to removal in 1839.

DuVal, Kathleen. The Native Ground: Indians and Colonists in the Heart of the Continent. Philadelphia: University of Pennsylvania Press, 2006.

Rollings, Willard H. The Osage: An Ethnohistorical Study of Hegemony on the Prairie-Plains. Columbia: University of Missouri Press, 1992.