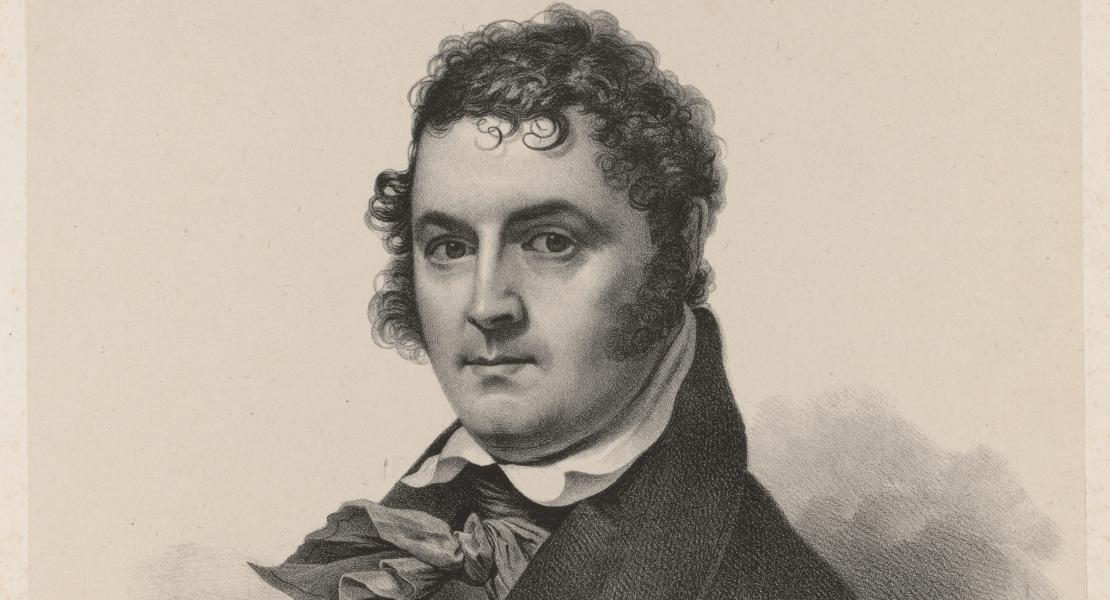 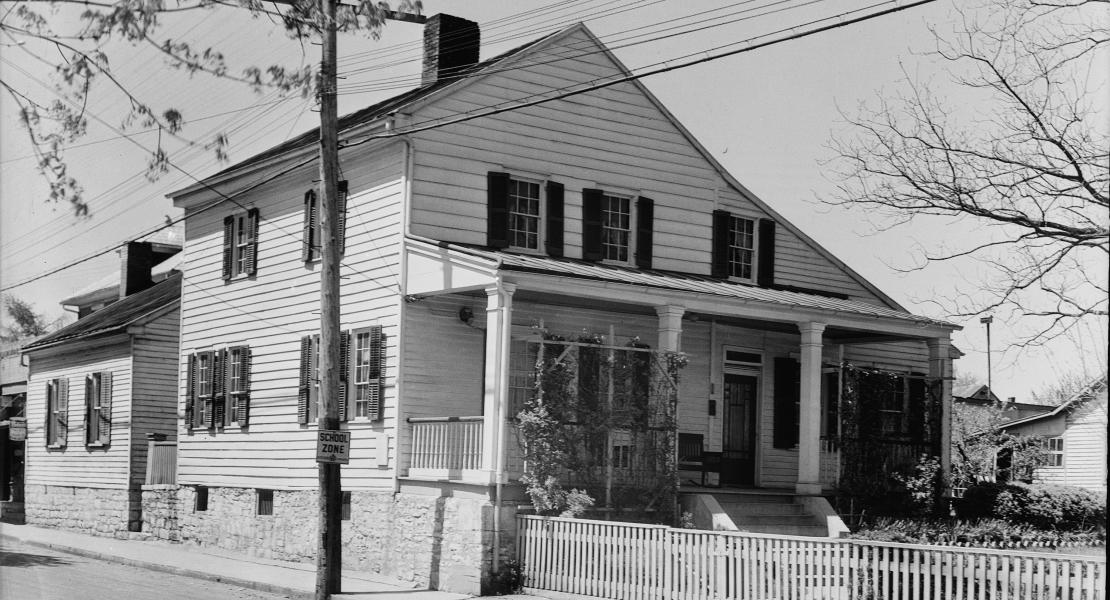 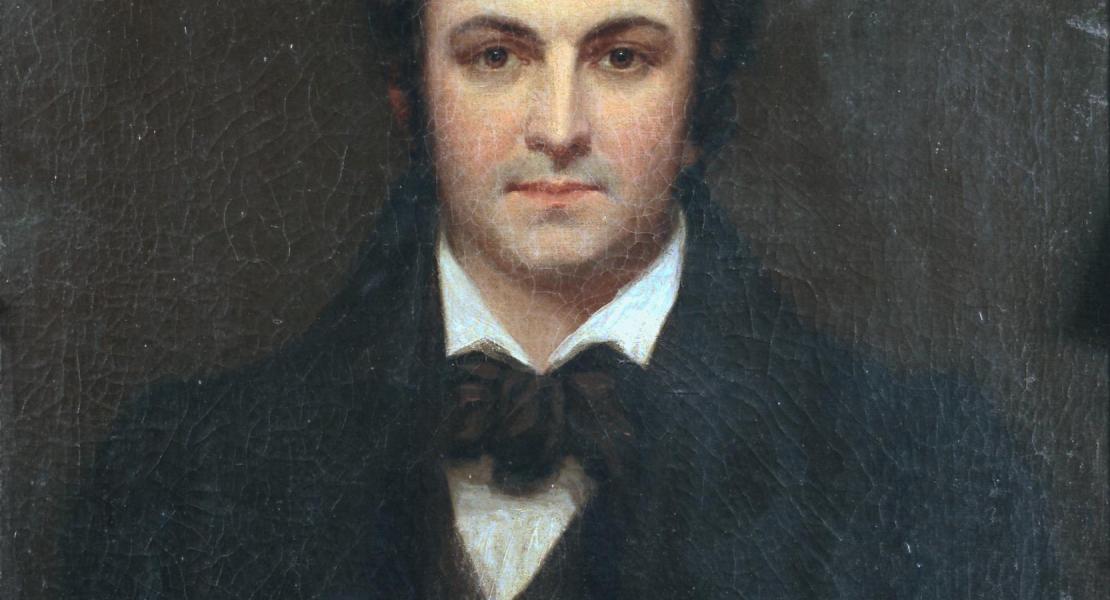 A frontier doctor, Jacksonian Democrat, and US senator, Lewis F. Linn has been called both “Missouri’s model senator” and the “Father of Oregon.” At the time of his death the St. Louis Missouri Reporter editorialized, “No man in Missouri ever commanded more general and sincere respect . . . [nor] possessed a more wide-spread or deserved popularity.”

Born near Louisville, Kentucky, on November 5, 1795, Lewis was orphaned at the age of twelve. Henry Dodge, his stepbrother then living in Ste. Genevieve, Missouri, became his guardian. At an early age, Linn started the study of medicine under Dr. William Craig Galt of Louisville. Linn was visiting in Ste. Genevieve when the War of 1812 broke out, and he entered military service as a surgeon to Missouri troops commanded by his guardian, General Dodge. Following his military service, Linn completed his study of medicine in a medical college in Philadelphia. He opened a practice in Ste. Genevieve and soon established himself as one of the area’s most popular, caring, and respected physicians.

Linn’s active interest in public affairs helped make him a recognized leader of the Democratic followers of Andrew Jackson and Thomas Hart Benton in southeast Missouri. He served one term in the state General Assembly. When Alexander Buckner died in 1833, Daniel Dunklin, Missouri’s governor and a Jackson-Benton Democrat, appointed Linn to fill Buckner’s seat in the US Senate. In 1834 the Missouri General Assembly elected him to complete Buckner’s term. Gaining quick popularity and respect, he won reelection in 1836 without opposition. The General Assembly reelected him with an overwhelming majority in 1842 for a second full term.

In his early senatorial years, Linn spent a great deal of time working to settle disputed old Spanish land claims—still a matter of concern to some influential Missourians. He soon shifted his primary attention to matters of broader statewide interest and to efforts to encourage national westward expansion. Among other things, he worked for federal support of internal improvements, improved frontier defenses that included military posts and roads, western expansion, and liberal disposition of public lands to settlers.

Working with Missouri’s senior senator, Benton, Linn helped push legislation through Congress that authorized the Platte Purchase. This measure, enacted in 1837, added Native American lands to Missouri by extending the state’s northwestern boundary westward to the Missouri River and forcing the removal of several tribes residing in that area.

Linn made his major mark in the Senate with his persistent drive to organize the Oregon Territory and to promote American settlement there. Under an 1818 agreement with Great Britain, the Oregon country was open to occupation by both British and US citizens. In 1838 Linn introduced a bill to organize the territory under American law. To encourage Americans to go to Oregon, he proposed to offer each settler a 640-acre grant of land. The bill failed to win congressional approval, at least in part because some members feared it might upset other ongoing negotiations with Britain. Linn had little such diplomatic concern. He believed the American title to Oregon was indisputable, and he wanted the British out. As part of his continuing attempts to press for American occupation and organization of the Oregon country, he put measures before the Senate calling for military occupation of the region, construction of a US fort on the Columbia River, and military protection for settlers en route to Oregon.

Linn set forth a glowing picture of the wealth and importance of the Oregon country. He spoke and wrote of its valuable fur-bearing animals, its prodigious fisheries, its virgin forests, its mineral resources, and its productive soil. The acquisition of Oregon, he asserted, would facilitate direct and profitable trade across the Pacific.

Linn died unexpectedly on October 3, 1843, and thus did not see the fulfillment of his Oregon dream. Even so, he played a major role in creating the Oregon “fever” that propelled the migration of Americans to the Northwest in the late 1830s and early 1840s. That migration, along with his aggressive senatorial advocacy, contributed much to the final attainment of his goals for Oregon.

During his public career Linn remained somewhat in the shadow of Missouri’s senior senator, Thomas Hart Benton, the powerful and aggressive leader of the Jacksonian Democrats. But Linn won a strong following in Missouri in his own right, as well as the respect of his fellow senators.