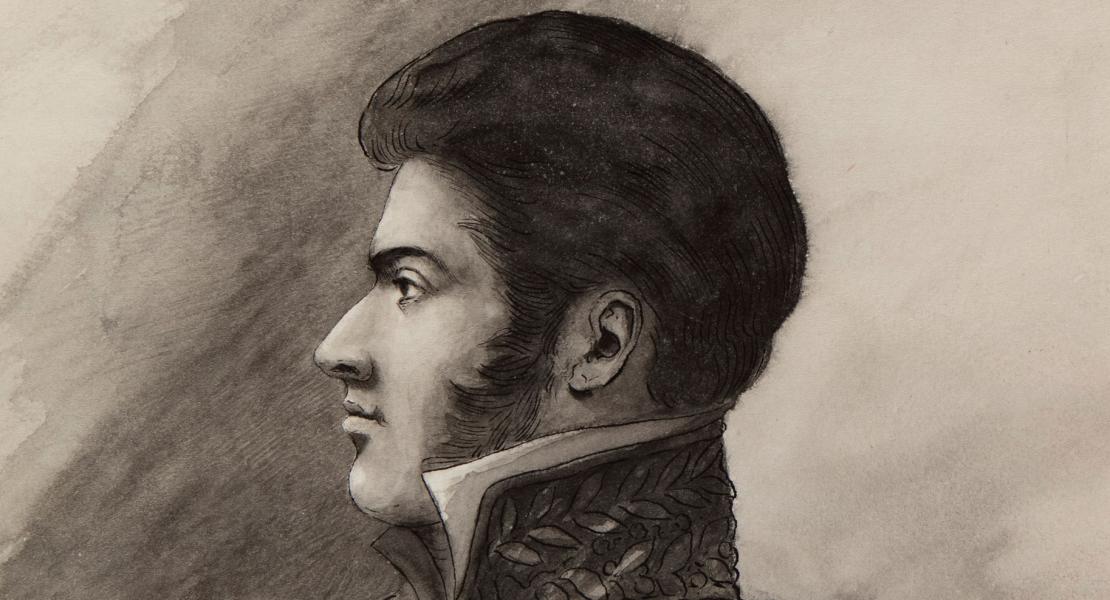 Manuel Pérez, Spanish lieutenant governor in St. Louis from 1787 to 1792, was born in Zamora, Spain, in 1735. He joined the Spanish army at the age of eighteen and saw service in Spain and Portugal before coming to New Orleans with Lieutenant General Alejandro O’Reilly in 1769. He married Jeanne Catherine Dubois in New Orleans in 1776, and the couple had five children. After Spain entered the American Revolutionary War in 1779, Pérez participated in campaigns against the British at Mobile and Pensacola that earned him a promotion to the rank of captain in 1780.

Following his arrival in St. Louis in November 1787 to take up his duties as lieutenant governor, Pérez reported that the city’s fortifications were in a dilapidated state. He had the north bastion rebuilt with stone but lacked sufficient funds to do anything more. In his new post Pérez faced the daunting challenges of improving Upper Louisiana’s defenses and fending off a growing number of British and American incursions into Spanish territory.

Pérez had to devote much of his time to matters involving the Osage Indians[JB1] . Recurring Osage depredations produced demands for action against the powerful tribe, but Pérez favored a cautious course as he struggled to balance the conflicting demands of Indians, traders, settlers, and his Spanish superiors. The chronic fear of Osage attacks prompted Spanish authorities to encourage emigrant tribes from east of the Mississippi to move to Upper Louisiana so they could act as a buffer between the hostile Osage and the region’s exposed settlements. Pérez became an ardent proponent of Indian colonization. He fully supported trader Louis Lorimier’s efforts to persuade members of the Shawnee and Delaware tribes to join him at a settlement south of Ste. Genevieve.

Pérez sought other ways to diminish the Osage threat. As an alternative to suspending trade with them, he suggested the construction of a fort near the principal Osage villages on the Osage River, no doubt with encouragement from St. Louis’s principal merchant Auguste Chouteau. Spanish officials in New Orleans ignored his proposal, but during the administration of his successor Zenon Trudeau they belatedly heeded Pérez’s advice and Chouteau’s lobbying and contracted with the Chouteau family to build and maintain an installation at a location somewhere in present-day Vernon County, Missouri, known as Fort Carondelet.

To counter the growing British influence among Indian tribes west of the Mississippi, Pérez also recommended the construction of forts at the mouths of the Des Moines and the St. Peters Rivers, but in this instance the governor-general in New Orleans declined on the grounds that the proposed installations would be too remote and isolated to be effective.

As the Spaniards searched for ways to strengthen their hold on the sparsely populated province, they invited Americans to settle in Upper Louisiana and become Spanish subjects. With the encouragement of the Spanish minister to the United States, Colonel George Morgan developed an elaborate plan for a large American settlement on the west bank of the Mississippi. When Morgan and members of his advance party arrived in St. Louis in 1789, Pérez cordially welcomed them with offers of horses, guides, and provisions. The American promoter soon lost interest in the ambitious venture and returned to the United States, but the settlement known as New Madrid remained.

Pérez labored diligently to administer the remote frontier province with the limited resources at his disposal. The task took its toll on the veteran soldier, who asked to be relieved of his duties in St. Louis on account of advanced age and poor health. Trudeau replaced him as lieutenant governor in 1792, and the following year Pérez officially retired after thirty­-nine years in Spanish service. He resided in New Orleans where he held minor civil offices until his death there in November 1819.

[JB1]Link here to article on the Osage