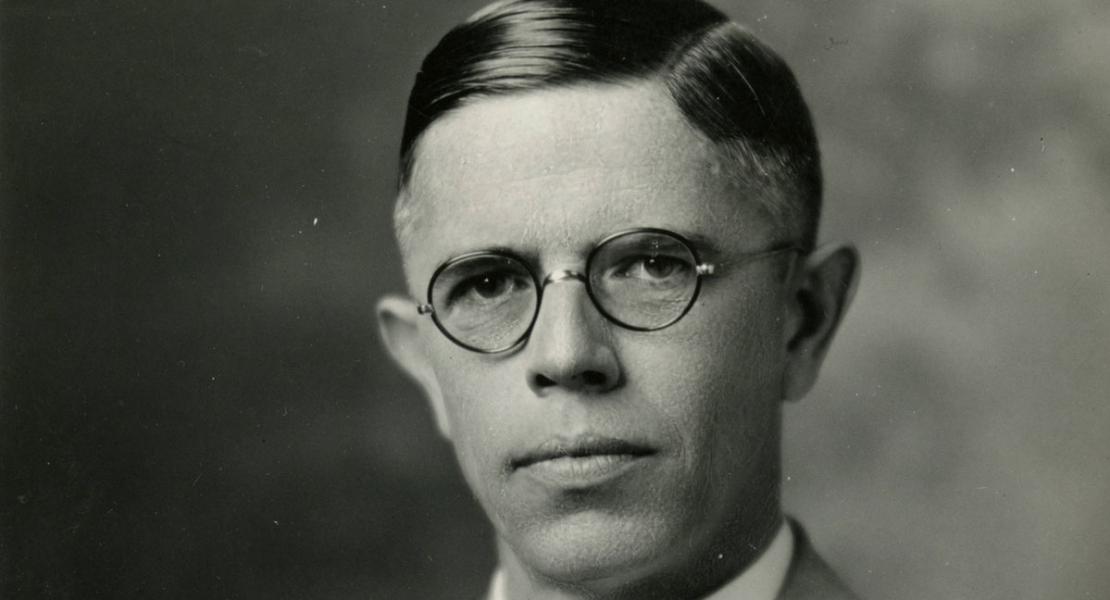 When Floyd Calvin Shoemaker retired as secretary, librarian, and editor of publications of the State Historical Society of Missouri in 1960, he left behind a distinguished record of service as a collector, disseminator, and advocate of Missouri history. Born in Kissimmee, Florida, on May 7, 1886, Shoemaker was the only child of Frank C. and Emma Dreyer Shoemaker and moved with his parents to Bucklin, Missouri, in 1893. He attended the Bucklin public schools and, for one year, Brookfield High School.

A debater, violinist, and president of his senior class, Shoemaker received a Bachelor of Pedagogy degree from Northeast Missouri State Teachers College in Kirksville in 1906. He then transferred to the University of Missouri, where he earned a Bachelor of Arts degree in 1909. After teaching history and Latin for a few months in early 1909 in the Gallatin (Missouri) High School, he returned to the university and pursued a master’s degree while serving as an assistant professor of political science and public law. In 1910 he was appointed as assistant secretary and assistant librarian for the State Historical Society. He received his Master of Arts degree in 1911. Shoemaker later received two honorary doctorate of laws degrees, from Central College in Fayette in 1942 and from the University of Missouri in 1954.

In 1915 Shoemaker was named to head the State Historical Society, a position he retained for forty­five years. During his tenure he worked tirelessly to collect, preserve, and make available to scholars and the public the primary and secondary sources necessary to document the rich history of the state. Not content with merely augmenting the society’s collections, Shoemaker also touted their availability and promoted their use through publications and innumerable speaking engagements. “One of my main objectives was to popularize Missouri history,” he told an interviewer in 1968.

As the society’s editor, Shoemaker supervised the publication of forty-five volumes of the Missouri Historical Review, the organization’s quarterly journal, and edited or coedited thirty-five other diverse volumes. Included among these were two volumes of the Journal of the Missouri Constitutional Convention of 1875, twelve volumes of Debates of the Missouri Constitutional Convention of 1875, eighteen volumes of The Messages and Proclamations of the Governors of the State of Missouri, and four volumes of Ozark Folksongs. To promote widespread knowledge of Missouri history, Shoemaker edited a long-term series of articles for the state’s newspapers titled “This Week in Missouri History.” These short vignettes on historic events and prominent people appeared in newspapers throughout the state from 1925 until 1951. Many of the earlier sketches were included in Missouri, Day by Day, published by the Society in 1942 and 1943.

Shoemaker contributed to scholarship on the state’s history as a writer as well as an editor. His Missouri’s Struggle for Statehood, 1804–1821, published in 1916, was the product of exhaustive research spanning some five years. Other of Shoemaker’s writings focused on the overall history of the state: A History of Missouri and Missourians, volume 2 of Missouri: Mother of the West, and two volumes of Missouri and Missourians: Land of Contrasts and People of Achievements. Shoemaker wrote, edited, or supervised more than ninety publications during his long career.

Under Shoemaker’s direction the State Historical Society of Missouri accomplished two projects of particular importance for the state. Beginning in 1951 and in conjunction with the State Highway Commission, the agency erected historic markers in every county and in the city of St. Louis. Designed to highlight events or sites of historical significance, these markers were prominently placed in turnouts or roadside parks. In 1957 the Society undertook the first comprehensive inventory of historic sites in the state. Volunteers in every county evaluated local sites based on guidelines formulated by the Society, and the results of the survey appeared in 1963 in the Missouri Historic Sites Catalogue.

As secretary of the State Historical Society, Shoemaker concentrated on increasing membership. By 1937 the organization had the largest membership of any state historical society in the nation, a distinction that it retained throughout the remainder of his tenure. Shoemaker promoted the society and the study of state and local history throughout Missouri, helping to organize numerous local historical societies, speaking before civic and professional organizations, and officiating at the dedication of markers and historic sites. By 1955 his activities had earned him a statewide reputation, and the Missouri Senate honored him on his fortieth anniversary as head of the society with a resolution naming him “Mr. Missouri.”

Shoemaker was a founding member of the Missouri Writers Guild in 1915 and served as its first secretary and treasurer through 1920. He served as chairman of the Centennial Committee of One Thousand for the Missouri Centennial Celebration in 1916–1921 and chaired the Missouri subcommittee of the Butterfield Overland Mail Service Centennial in 1958. From 1941 to 1949 he was chairman of Sigma Delta Chi’s National Historic Sites in Journalism Committee. Elected to Phi Beta Kappa while a student at the University of Missouri, Shoemaker became president of the university’s chapter in 1960.

In 1961 he was named to the Missouri Academy of Squires. The American Association for State and Local History honored him with two Awards of Merit for his role in promoting and popularizing the study of the state’s history.

Shoemaker married Caroline Tull in 1911; they were the parents of one daughter, Evelyn. This first marriage ended in divorce. In 1944 he married L. Pearle McCowan. Shoemaker died in Columbia, Missouri, on August 6, 1972. His legacy endures in his publications and the rich resources available for the study of local and state history in the agency he served for fifty years.