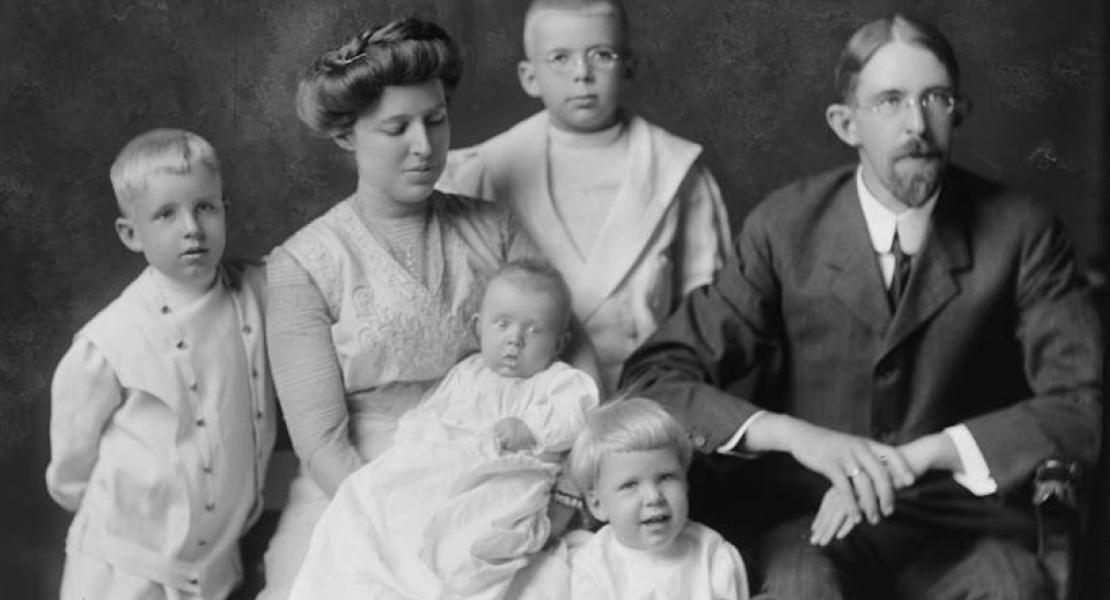 Jonas Viles, a longtime professor of history at the University of Missouri, was born in Waltham, Massachusetts, on May 3, 1875. His parents, Charles Lowell and Almira Hubbard Viles, operated a prosperous truck and dairy farm where Jonas worked during his youth. After graduating from Waltham High School, Viles entered Harvard University in 1892. There he received a Bachelor of Arts degree in 1896 and a Master of Arts degree in history the following year. In 1901 he received a PhD from the same institution.

Viles taught from 1896 to 1898 at the Dalzell School for Boys in Worcester, Massachusetts. From 1898 to 1901 he held a graduate assistant appointment in Harvard’s history department. He traveled and engaged in research in Europe and England following the granting of his doctoral degree. In 1902 Viles accepted a position as an instructor in history at the University of Missouri and moved to Columbia. He rose rapidly in the academic ranks, becoming an assistant professor in 1905 and a full professor in 1907. Although he was trained primarily in English history, Viles taught courses in American and Missouri history at MU. He became most well-known for his work on the history of the state. In addition to his teaching duties, he served as chairman of the department of history from 1925 to 1936.

Active scholastically and socially in the university environs, Viles served on committees dealing with enrollment procedures, scholarships, and the 1939 centennial celebration of the university. In the latter capacity, he wrote much of The University of Missouri: A Centennial History, 1839–1939. Other faculty members contributed chapters on the modern development of certain departments, but Viles wrote the first part of the volume detailing the university’s history.

In 1904 the Public Archives Commission of the American Historical Association requested that the young professor survey the condition of state archives in Missouri. During the next three years Viles explored the offices, storage areas, and basement of the State Capitol to determine the extent and condition of the state’s records. His report, which documented the deplorable storage conditions and the lack of intellectual control of the records, appeared in the American Historical Association’s 1908 Annual Report. This survey benefited the state when the capitol burned in February 1911. Viles arrived at the building while it was still on fire, and under his guidance some of the records were retrieved from the burning structure. He arranged for the records to be transferred to the State Historical Society of Missouri in Columbia for drying, cleaning, and preservation. In the 1911 American Historical Association’s Annual Report, Viles, now a member of the Public Archives Commission, published an account of the fire, “Lessons to Be Drawn from the Fire in the State Capitol.”

Viles’s interest in Missouri history stimulated him to publish numerous articles and reviews in professional journals and to write two books for use in the public schools. In 1912 he published A History of Missouri for the Grades, which appeared with Isidor Loeb’s Government in Missouri: Local, State, and National; the volume was revised and reprinted at least two times. A History of Missouri for High Schools was published in 1933, then updated and reprinted in 1944. In addition to these volumes and the centennial history of the university, Viles wrote An Outline of American History for Use in High Schools, coedited with William B. Parker The Letters and Addresses of Thomas Jefferson, and edited The Letters and Addresses of George Washington.

In 1945 Viles ended his forty-three-year teaching career at the university. He died in Columbia on February 6, 1948. Survivors included his wife, Ruth Bennett Hayes Viles, whom he had married in Providence, Rhode Island, in 1903, and two sons, Charles and Phillip. Two sons, Jonas and Peter, predeceased their father. Viles’s career as an educator and his interest in preserving primary sources contributed significantly to historical scholarship in Missouri.