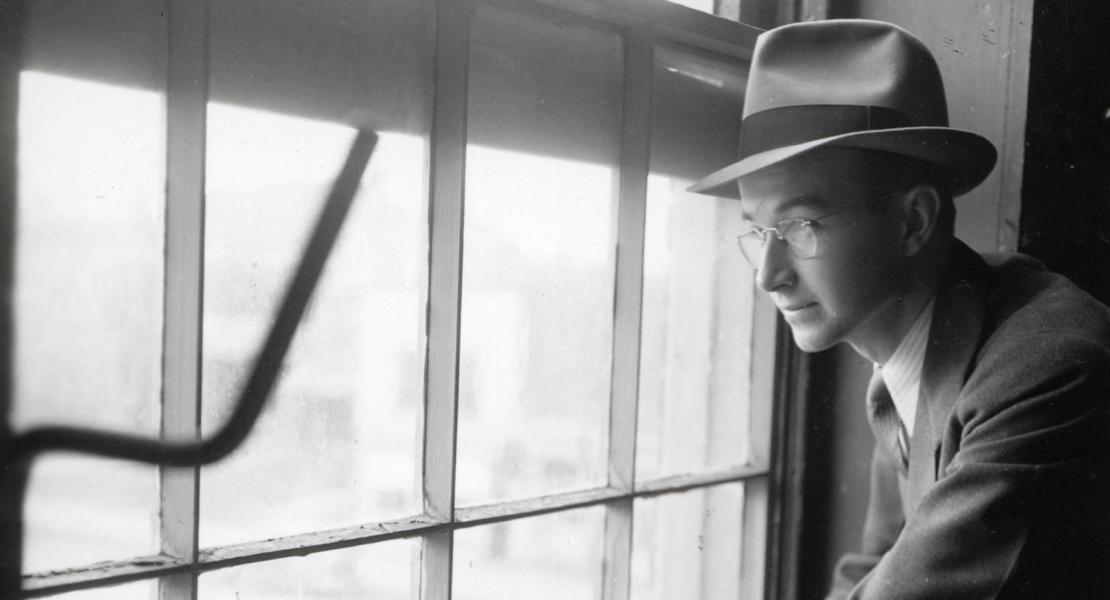 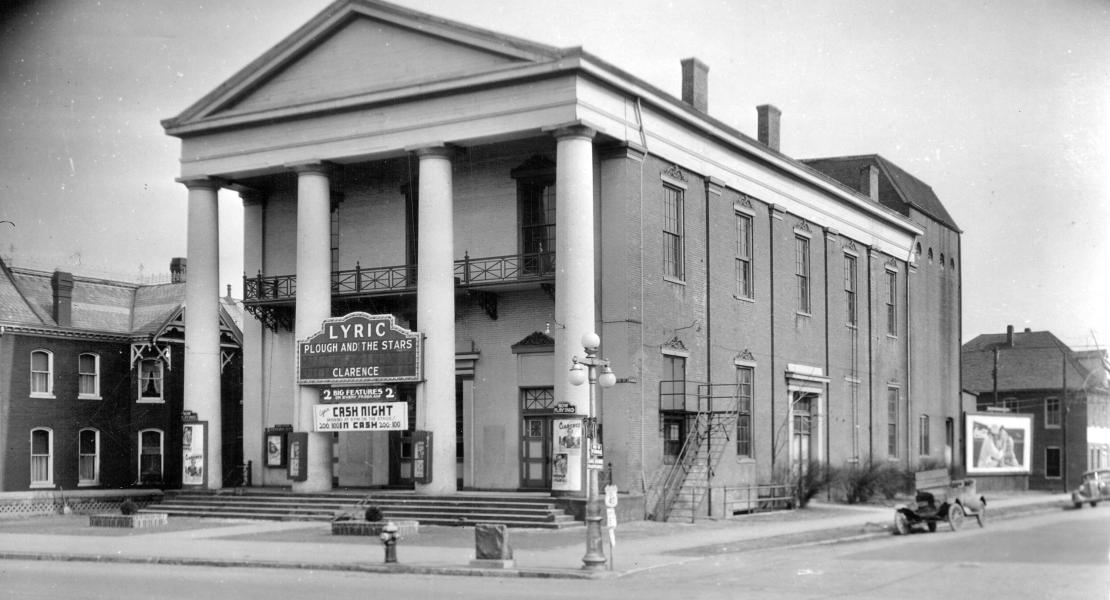 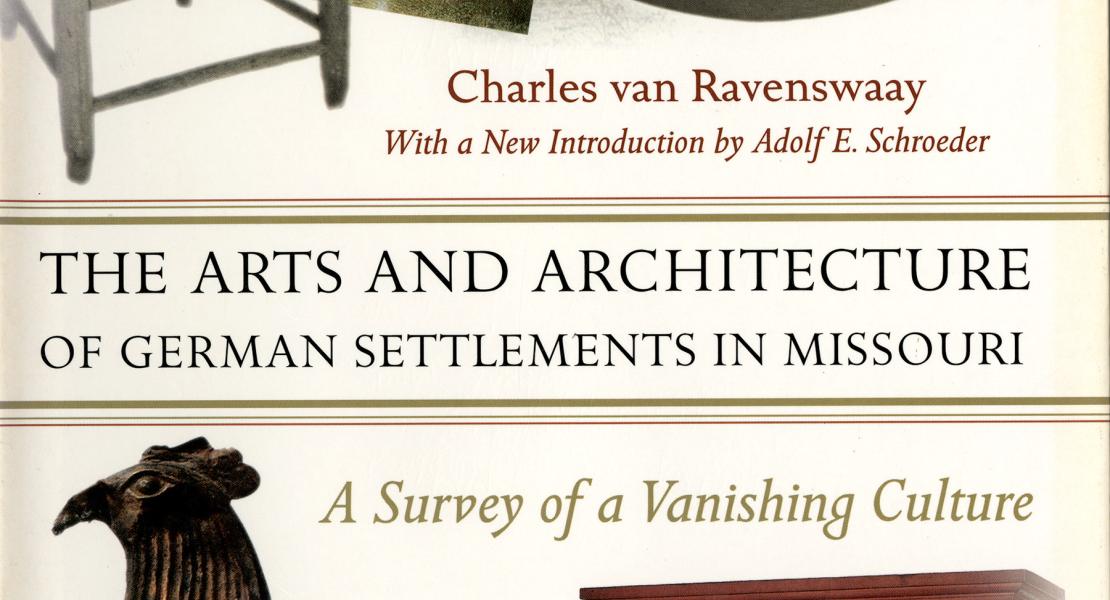 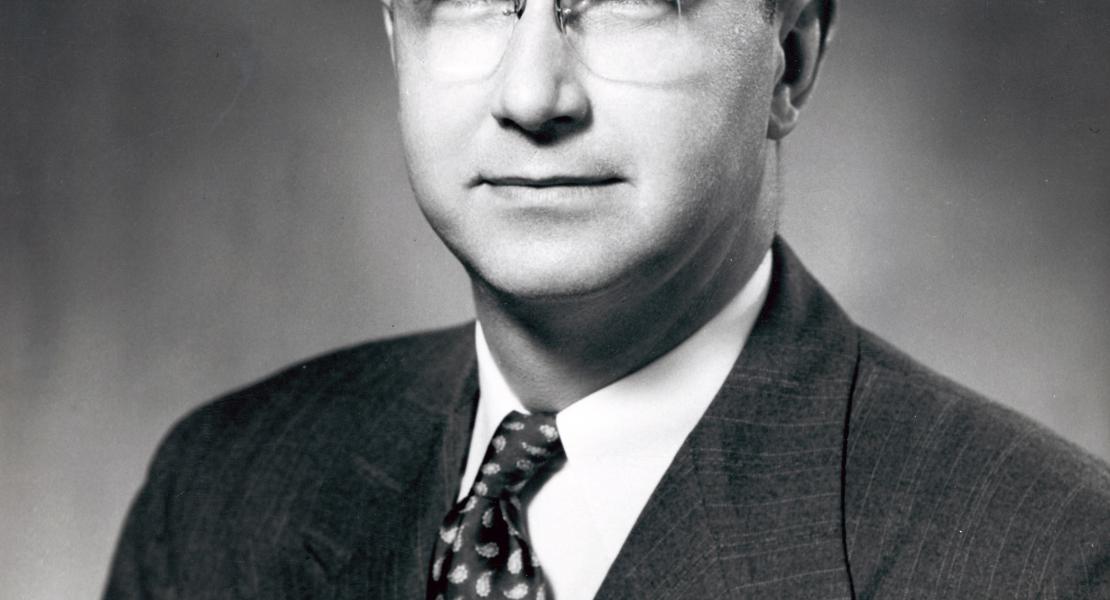 Charles van Ravenswaay, an author, horticulturist, and museum director, was most of all devoted to preserving the history and physical culture of his native Missouri. In a career that spanned nearly sixty years, he documented the state’s architectural heritage, fought to save its historic buildings, and studied the early arts and crafts of the region.

Born on August 10, 1911, in Boonville, Missouri, van Ravenswaay began as a boy to gather items related to local history; some of his family’s friends worried that he was becoming a junk collector. After attending Kemper Military School, he went to Washington University in St. Louis, where he earned a Bachelor of Arts degree in 1933 and Master of Arts degree in 1934. He became the business manager of a clinic in Boonville founded by his father, a doctor.

At the same time, van Ravenswaay teamed up with two St. Louis–based photographers—the brothers Alexander and Paul Piaget—to document distinctive and often endangered early buildings throughout the state. The result was a 1,694-image collection, which was later restored by the Historic American Building Survey and is now owned by the Library of Congress.

In 1938 van Ravenswaay was chosen to direct the Missouri Writers’ Project, a state branch of the Federal Writers’ Project, which was under the auspices of the Works Progress Administration. Led by van Ravenswaay, a team of talented writers produced essays on such disparate topics as Missouri’s contribution to literature and its country sausage. The resulting guidebook was titled Missouri: A Guide to the “Show Me” State.

When World War II began, van Ravenswaay interrupted his budding career in cultural conservation to serve for four years in the US Navy. After the war, he was appointed as the first paid director of the Missouri Historical Society in St. Louis in 1946. He remained there for sixteen years. During van Ravenswaay’s tenure, the MHS underwent sweeping changes: the membership grew eight times larger, an active educational program for children was established, nearly every gallery was refurbished, and the museum came to national prominence. Talented at acquisition, van Ravenswaay also greatly expanded the society’s collection. From descendants of early St. Louis families he coaxed books, portraits, historical documents, old furniture, and other artifacts.

Van Ravenswaay also fought to save a number of buildings throughout the region. In 1936–1937 he chaired an effort to preserve historic Thespian Hall in Boonville; later, he worked as instigator, adviser, or consultant on nearly every restoration or preservation project undertaken in Missouri, including the Saxon Lutheran Memorial in Frohna and Creole homes in Ste. Genevieve.

In 1962 van Ravenswaay left the Missouri Historical Society to become director of Old Sturbridge Village in Massachusetts; four years later he was appointed director of the Henry Francis DuPont Winterthur Museum and Gardens in Winterthur, Delaware, and held that position until his retirement in 1976.

Both during his career and in retirement, van Ravenswaay was an active researcher and writer who produced several well-regarded books: The Arts and Architecture of German Settlements in Missouri (1977), Drawn from Nature: The Botanical Art of Joseph Prestele and His Sons (1984), and St. Louis: An Informal History of the City and Its People (1991). His last major work was a book about apple cultivation.

Among various leadership positions he held in national organizations, van Ravenswaay served as trustee of the National Trust for Historic Preservation and president of the American Association of Museums. He held honorary doctorate degrees from the University of Missouri–Columbia and Maryville University. In 1987 he was given the Conservation Services Award of the US Department of the Interior.

Throughout his life van Ravenswaay maintained a strong interest in horticulture and was himself a serious gardener. He had a particular interest in flowers and grapes brought to Missouri by German immigrants. Charles van Ravenswaay died in Hockessin, Delaware, on March 20, 1990.

Van Ravenswaay, Charles. The Arts and Architecture of German Settlements in Missouri: A Survey of a Vanishing Culture. With a New Introduction by Adolf E. Schroeder. Columbia: University of Missouri Press, 2006.