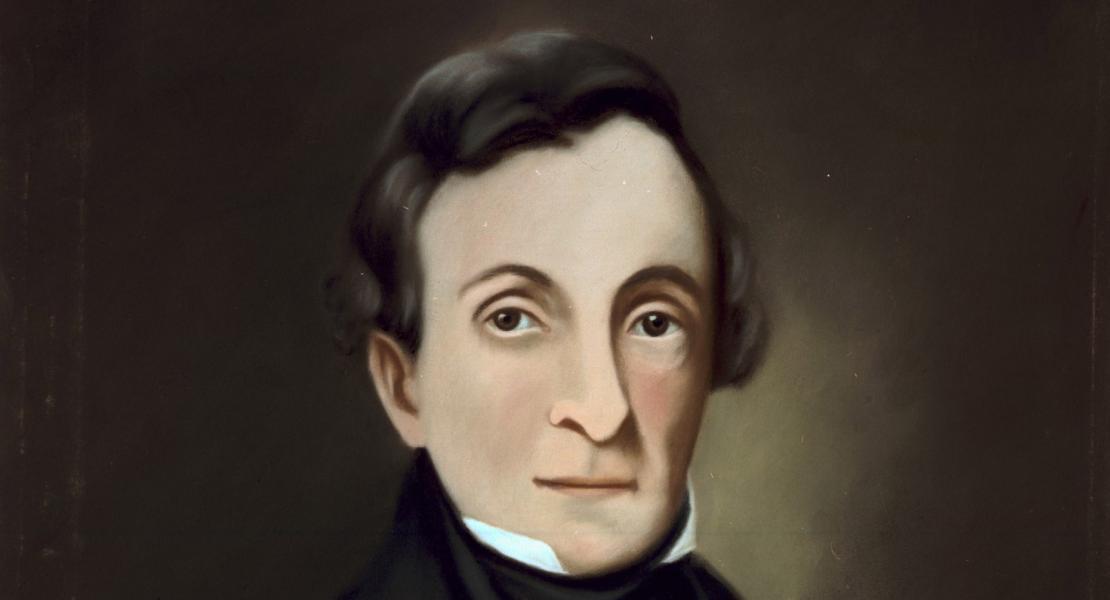 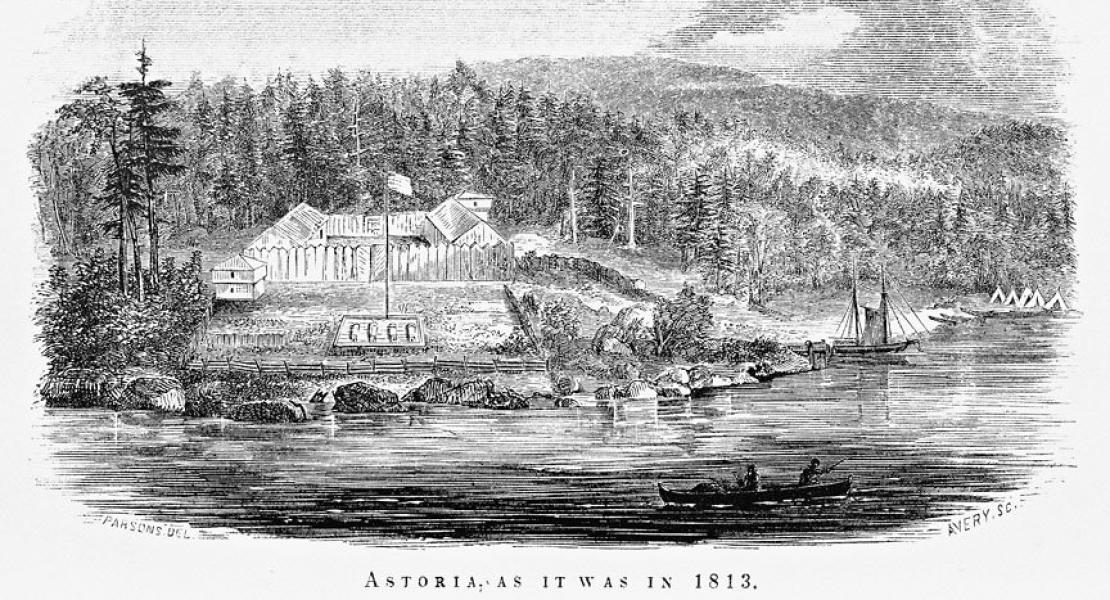 Wilson Price Hunt was born to a prosperous merchant family in Asbury, New Jersey, on March 20, 1783. As a young man he journeyed west. A cousin, John Wesley Hunt, was a successful merchant in Lexington, Kentucky, but Wilson Price Hunt’s quest for opportunity and adventure drew him on a farther journey. In 1804 he opened a general mercantile business in St. Louis with partner John Hankinson and began exploring opportunities beyond the Missouri settlements. He considered, but ultimately declined, joining Manuel Lisa in a risky trading expedition to Santa Fe in 1806. That same year Hunt met the returning explorers Meriwether Lewis and William Clark in St. Louis, sold them supplies, and garnered valuable information about their discoveries.

In 1809 the aggressive and enterprising young merchant attracted the notice of New York fur magnate John Jacob Astor, who was seeking just such a man for a new project. Astor envisioned a transcontinental American fur company controlling the trade across the center of North America. He invited Hunt to join him in organizing the Pacific Fur Company. As part of Astor’s plan, Hunt was to establish a base of operations on the Northwest coast, open overland communications between that post and St. Louis, and manage Astor’s trade with China and the monopoly on trade with the Russian settlements in Alaska that he had just won.

To initiate the project, Astor launched two expeditions in 1810. One, led by Duncan McDougal, was to travel by sea to the mouth of the Columbia River and establish a trading post there. The group arrived in March and built Fort Astoria in April 1811. Wilson Price Hunt was to lead the second, overland, opening a trail from St. Louis to the Columbia, and selecting sites for the network of trading posts Astor intended to build along the route. Delayed by the problems of recruiting men and gathering supplies from the fur-trade centers of Montreal, Michilimackinac, and St. Louis, Hunt’s expedition finally left St. Louis on October 21, 1810. After spending the winter at the mouth of the Nodaway River, the party started for the Columbia in April 1811.

Searching for a more direct route than that of Lewis and Clark, the Astorians struck out overland, following native trails along the Bighorn and Wind Rivers, into the Wind River Mountains. West of the Continental Divide they lost their way and suffered bitterly from hunger, harsh weather, and difficult terrain. After a disastrous attempt to navigate the wild Snake River in dugouts, Hunt split his force into smaller parties to forage for food and the best route to the Columbia. The overland group straggled into Fort Astoria through January and February 1812.

Hunt assumed overall command of the operations at the new post. When the ship Beaver arrived loaded with men and supplies in May 1812, the Astorians felt secure enough to expand their operations. Hunt left for Sitka on the Alaskan coast to complete Astor’s business arrangements with the Russians. There he traded his cargo for a large shipment of sealskins that he dispatched to China, then continued to the Hawaiian Islands to meet another long-overdue supply ship from Astor.

During Hunt’s absence the junior partners left in charge at Astoria learned that the United States and Great Britain were at war, that a Northwest Company expedition was coming down the Columbia to take Fort Astoria, and that a British warship was momentarily expected off the coast to secure the capture. By the time Hunt returned in February 1814, his partners had agreed to sell the fort and its contents to the Nor’Westers before all was taken by force. Although Hunt was outraged by the agreement, he had little choice but to conclude the transaction. While other Astorians returned to the United States or entered the employ of the Northwest Company, Hunt salvaged what he could of the assets and spent the next two years in the Pacific Coast trade, hoping to bring Astor some profit on his investment. He arrived in New York with a cargo of luxury goods from China in October 1816.

Hunt returned to St. Louis in 1817. He bought a large tract of land on Gravois Creek southwest of the city, developed a farm, and built a gristmill. He remained a prominent St. Louis businessman, dealing primarily in furs and peltries. In 1822 he was appointed postmaster for St. Louis.

During Hunt’s absence in 1814, a cousin, retired naval officer Theodore Hunt, moved to St. Louis and established himself as a tanner and furrier. He joined Manuel Lisa in a trading venture up the Missouri River from 1814 to 1817, then returned to his former business until 1824, when he was appointed US recorder of land titles for the St. Louis District. Theodore Hunt died in 1832, leaving his wife, Anne (the daughter of Judge John B. C. Lucas), and three children. In 1836 Wilson Price Hunt married Anne Lucas Hunt; they had no children. Hunt remained a close associate of John Jacob Astor, occasionally serving as his western representative in legal and business matters. Wilson Price Hunt died in St. Louis on April 13, 1842.